Portland police broke up the latest dangerous event and made one arrest, but the intersection was blocked and tires were spinning for at least an hour. 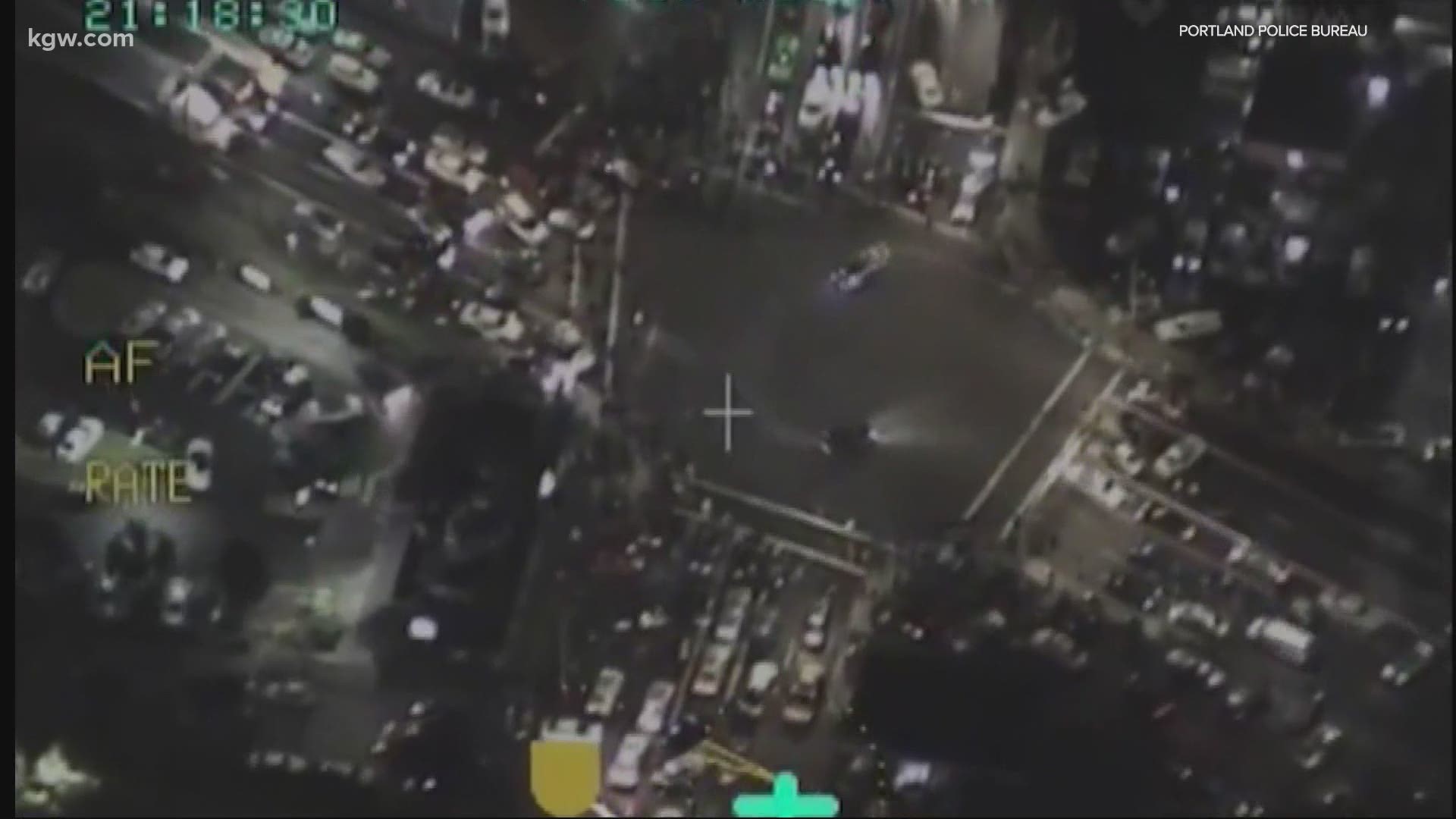 PORTLAND, Oregon — It was a crazy scene in Northeast Portland Saturday night as police said they broke up a dangerous street racing event that took over a major intersection for at least an hour.

It happened at Northeast Martin Luther King Jr Boulevard and Northeast Columbia Boulevard, where the intersection was taken over by street racers.

Local 911 took an hour's worth of calls, and police flew over the intersection, assessing the situation from the air, before police said they could safely shut it down.

“As officers developed a plan to clear the area, a person at the event had reportedly fired shots into the air with a gun. When officers moved in fireworks were set and rocks were thrown in officers’ direction,” said Portland police Sgt. Kevin Allen, speaking in a Unified Command video briefing.

No one was hurt. Police made one arrest for vandalism, after someone kicked and damaged a car that was leaving the area.

Sunday the intersection was back to normal, although you could see the black marks left on the roadway and some ripped up tire tread thrown to the side.

“I don't feel good about it because I like to keep my business running but it looked like we didn't have a choice,” said Joseph Nguyen, who is the manager.

Nguyen was there and took video of what happened Saturday night. The gas station was taken over and turned into a parking lot, with cars spinning and smoke rising in the intersection nearby.

“I watched the whole thing last night and they were sticking their heads out the window and spinning. It's dangerous, very dangerous,” said Nguyen.

Neighbors at least a half mile away could hear the commotion of revving engines and squealing tires.

Jordan Murphy was out walking his dog Artie and had to detour to get home Saturday.

“It took a couple of minutes to notice that the whole intersection was blocked with cars just spinning cookies. After five or ten minutes, I decided to jump the median and turn around and take the long way home,” said Murphy, who added that he could still hear the noise once he got into his home.

“I could hear it from here even with the windows shut, it went on for at least another two or three hours.”

For him it's not the biggest deal. But these intersection takeovers are adding up. An intersection in downtown Portland was taken over just two weeks ago. Police eventually shut it down.

And back in Northeast Portland, Nguyen said he has seen this before.

KGW covered a similar event at the intersection back in August. And while it may look like a big party, it's a danger to anyone in the area.

Police have made arrests for reckless endangering and other charges in the past and at times have tried to make ending street racing a priority.  But the activity has proven to be hard to stop.

RELATED: I-84 shut down by cars doing donuts, 3 arrested