An Oregon man says Immigration Customs and Enforcement agents illegally entered a home he was working on and detained his coworker by “mistake.” 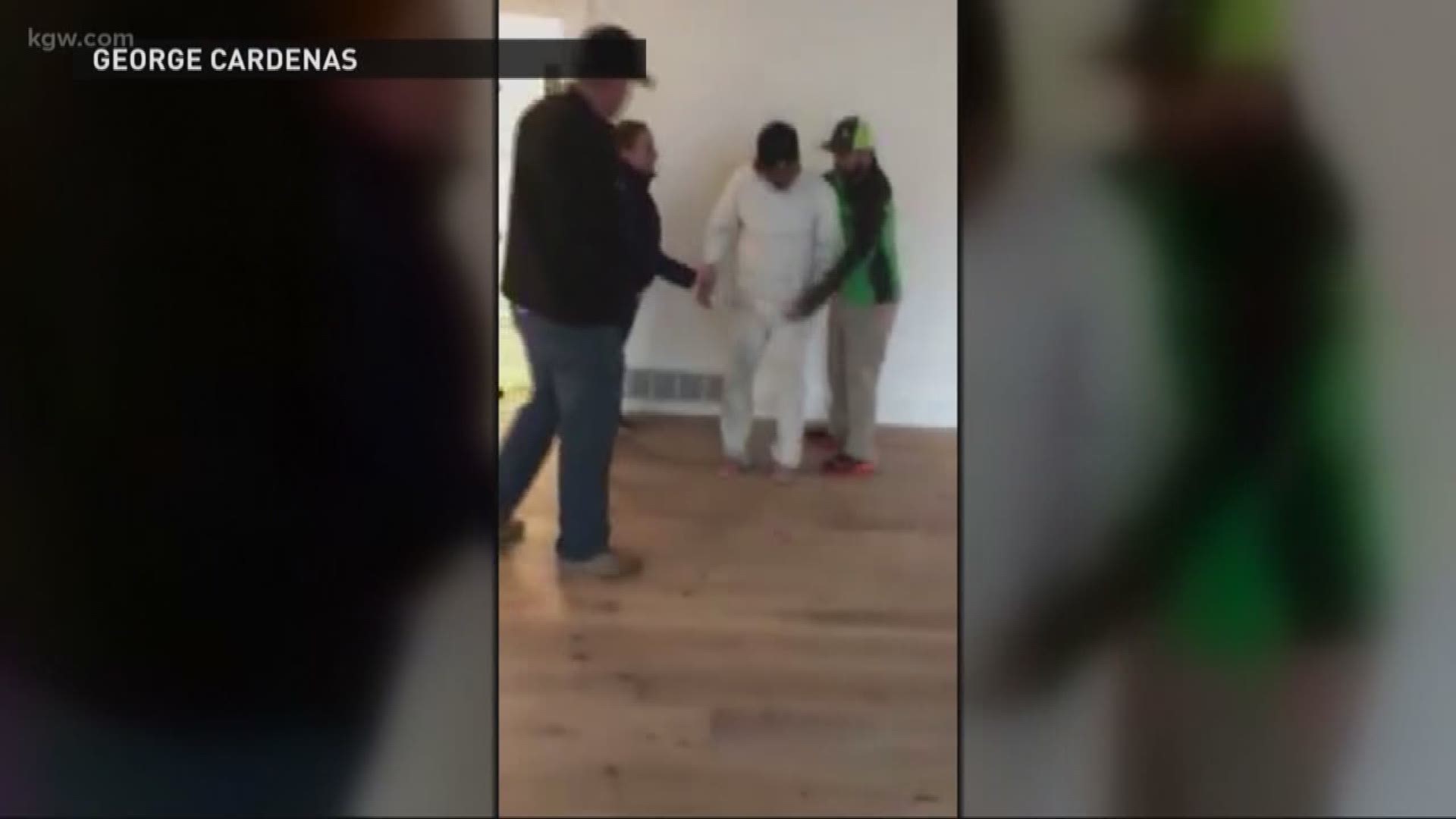 PORTLAND, Ore. – An Oregon man says Immigration Customs and Enforcement agents illegally entered a home he was working on and detained his coworker by “mistake.”

George Cardenas was part of a crew working on the Portland home and shot video of the incident, which happened on Thursday.

The video shows three men and a woman who identify themselves as federal agents inside the home. At the end of the video, the agents arrest a man, later identified as Carlos Bolanos, and put him into a vehicle.

According to Cardenas, Bolanos was released hours later and ICE “didn’t even give him a reason as to why they released or took him. They just told him to leave it was a ‘mistake.’”

Bolanos' family confirmed his release. He is a 32-year-old father of four. Bolanos' son said he was horrified by the video and arrest of his father.

“It just got me mad that they did it the way they did it,” Andre Ruiz said.

ICE released a statement about the arrest Thursday night.

“The alien at issue has been released from U.S. Immigration and Customs Enforcement (ICE) custody pending further investigation regarding the circumstances of his arrest, and the matter has been referred to the ICE Office of Professional Responsibility and the Department of Homeland Security Office of the Inspector General. The Agency is reviewing this incident.”

In the 7-minute video, Cardenas continually asks the plain-clothed agents if they have a warrant. When they say they don’t need a warrant because it’s a vacant home, Cardenas says someone owns the home but just happened to be gone at that time. Cardenas tells them they’re trespassing on private property because no one told them it was OK to come into the home.

Watch video of the arrest

At one point, an agent says, “When you opened the door for me and construed where Carlos was, I construed that was permission to enter.”

At several points in the video, Cardenas asks for the agents’ names. In one instance the same agent says, “We don’t need to introduce ourselves by our names. There’s no law that says we have to.”

“There’s a law that says you can’t come into private property. Did you know that?” Cardenas asks in response.

“That is correct and you are right,” the agent replies.

“And you guys are breaking the law right now,” Cardenas said.

The agent snickers and the conversation goes a different direction.

U.S. Senators Ron Wyden and Jeff Merkley of Oregon co-wrote a letter to the ICE deputy field office director asking for a copy of ICE's review, and "a clear explanation of the policies and practices that led to Bolanos' arrest."

The arrest of Mr. Bolanos raises serious alarm about @ICEgov tactics. @RonWyden and I are demanding answers. pic.twitter.com/0ogJI488qj

The American Civil Liberties of Oregon says the video is shocking.

"I think it was, yet again, a horrible demonstration of how ICE is operating in our communities with little to no respect of the law, the Constitution," said ACLU legal director Mat dos Santos.

"The man doing the videotaping repeatedly says he did not give them consent to enter the home so they shouldn't have entered in the first place, and even if you believe he gave consent, he clearly revokes consent throughout the entire process and at that point they no longer have consent to enter into a home," dos Santos said.

Last month, ICE received criticism after agents refused to identify themselves while questioning a US citizen who they believed was an illegal immigrant. The man, who has been a citizen since 1996, said ICE profiled him outside the Washington County courthouse.

“Racial profiling is the main reason they targeted me,” the man said. “I'm a U.S. citizen. Do they know that? No. They did what they did because they thought I was an illegal immigrant.”

Following that incident, Oregon lawmakers Earl Blumenauer and Suzanne Bonamici sent a letter to ICE asking why agents didn't identify themselves to the man.