The two were taken to buses that were surrounded by activists for hours. 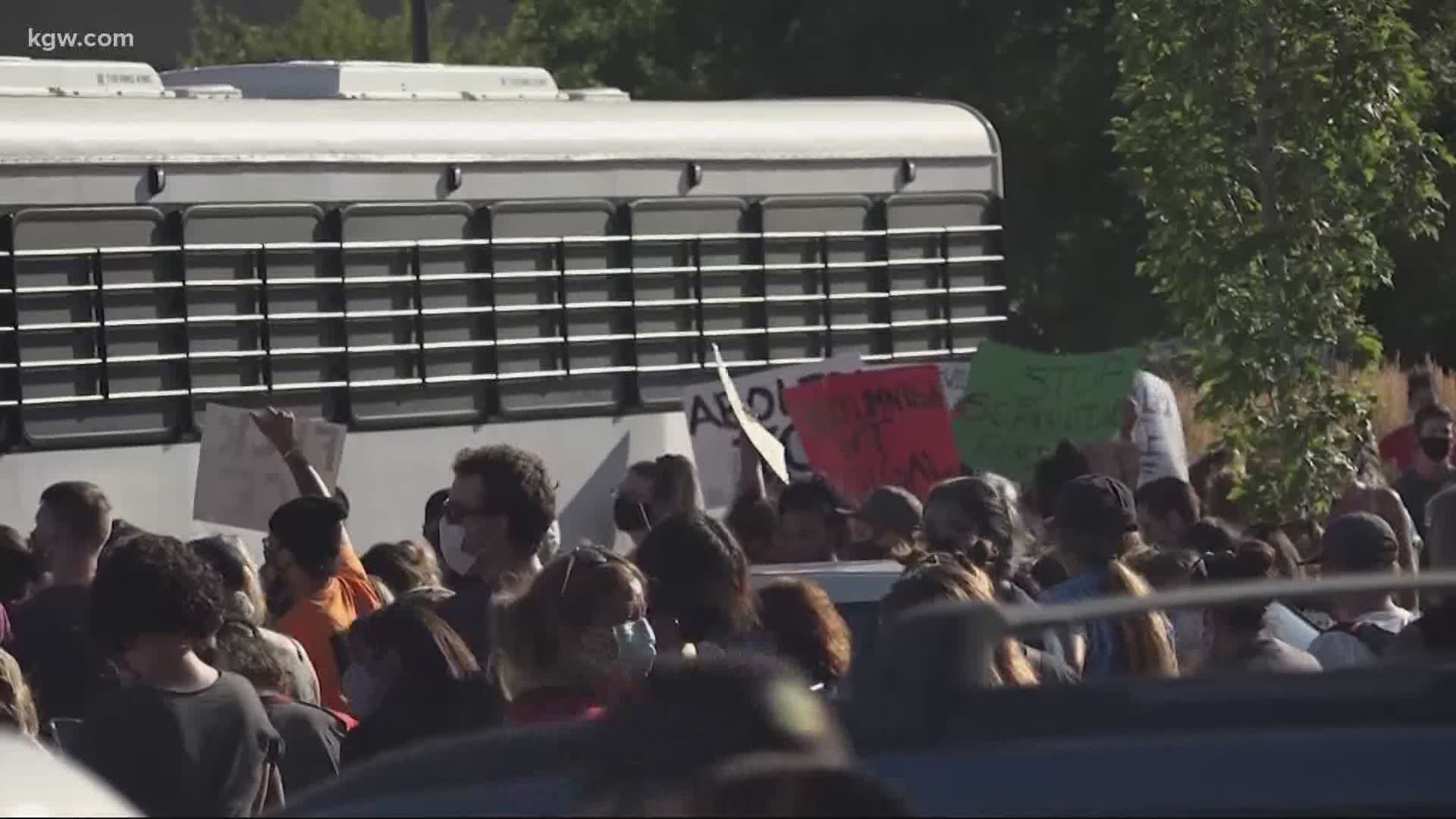 A family member said word of the arrests spread after one of the detained men was able to call his wife. The two were taken to buses that were surrounded by activists for hours. Late Wednesday, it appeared that federal agents had emptied the buses and the crowd was dispersing.

Bend Mayor Sally Russell said on Twitter that the arrests were not an immigration sweep and that she had been informed the men have warrants out for their arrest. She had asked people to leave the area.

After 10+ hours and a stand off with federal agents who appear to have emptied the bus and taken the two detained men away, people in bend are dispersing. An emergency motion filed by immigration attys could go before a judge as soon as tomorrow am. Night y’all pic.twitter.com/r5TUNCnKF0

Bend Police Chief Mike Krantz said police had responded to a call from a federal official seeking help with the people blocking their path. Police told protesters they were trespassing. Krantz said officers were not assisting immigration authorities.

Portland-based nonprofit Innovation Law Lab has asked a federal court to keep ICE from taking the men out of central Oregon, the ACLU announced Wednesday night.

Guthrie said the men have lived in central Oregon for over a decade.