'I would never say that to anybody': Portlander mistaken for vile protester in viral video

Wilkins admitted he bears a physical resemblance to the man in the video. Even so, he said he and his wife were nowhere near downtown that day. 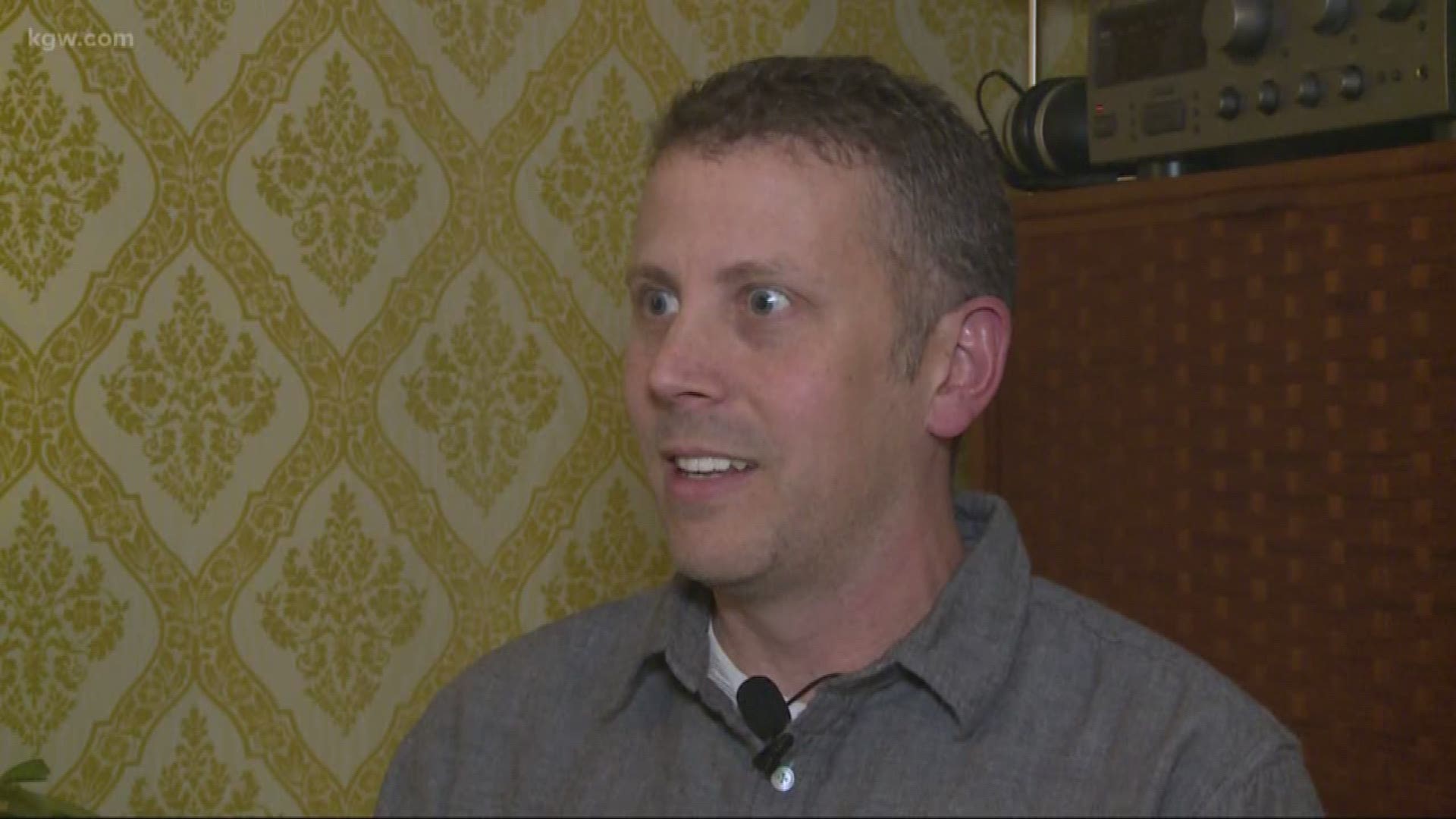 PORTLAND, Ore. — A Portland man says he's the victim of mistaken identity and a lot of online harassment, because of a viral video.

The clip, recorded during a downtown Portland protest on Oct.13, shows a man harassing a woman whose husband was killed on Sept. 11, 2001. In the video, the man can be seen yelling profanities at the woman.

You don’t hear Governor Cuomo and Mayor D’Blasio condemning violent behavior. Why? Because they are part of this mob behavior. pic.twitter.com/RjgRUMeE9I

Wilkins admitted he bears a physical resemblance to the man in the video. Even so, he said he and his wife were nowhere near downtown, that day.

“I went to the pumpkin patch in the afternoon and from there we went to a friend’s house and hung out with a 3-year-old,” Wilkins said.

Some people online assumed the guy yelling was a leftist. Somehow—maybe through facial recognition software—they also concluded it was Wilkins.

“First off, I don't go to protests because I don't like to fuel the fire for anything,” Wilkins said. “I'm just not that kind of a person, I'm non-violent, non-confrontational, I'm very mellow and chill.”

In fact, Wilkins is a professional skateboarder. He said his sponsors have been getting calls to fire him. While that's a pain, Wilkins said what's scary are the messages he and his wife have been getting on social media, including some threats.

“They’ve been writing things like, ‘we have friends who know where you hang out so you better watch your back,’” Wilkins said.

Wilkins filed a police report and has been on social media himself, trying to clear his name and his face.

“That's pretty much what I've been doing all day,” he said. “I haven’t even eaten.”

It's starting to work. Wilkins said some people have apologized or written retractions, but the damage is done. He hopes people will stop and sort through the facts before jumping to more conclusions. At the very least, he said, just look a little closer.

Brandon Farley tweeted, "I don't want to ruin an innocent man's life! Stop this thoughtless tirade, immediately! Get the facts! He's not the guy in my videos. Keep searching or move on, please."