Families and friends of 153 stranded hikers crowded the parking lot, near the Eagle Creek trailhead Sunday. They were there for hours, waiting for any one of three buses carrying their loved ones from Wahtum Lake. 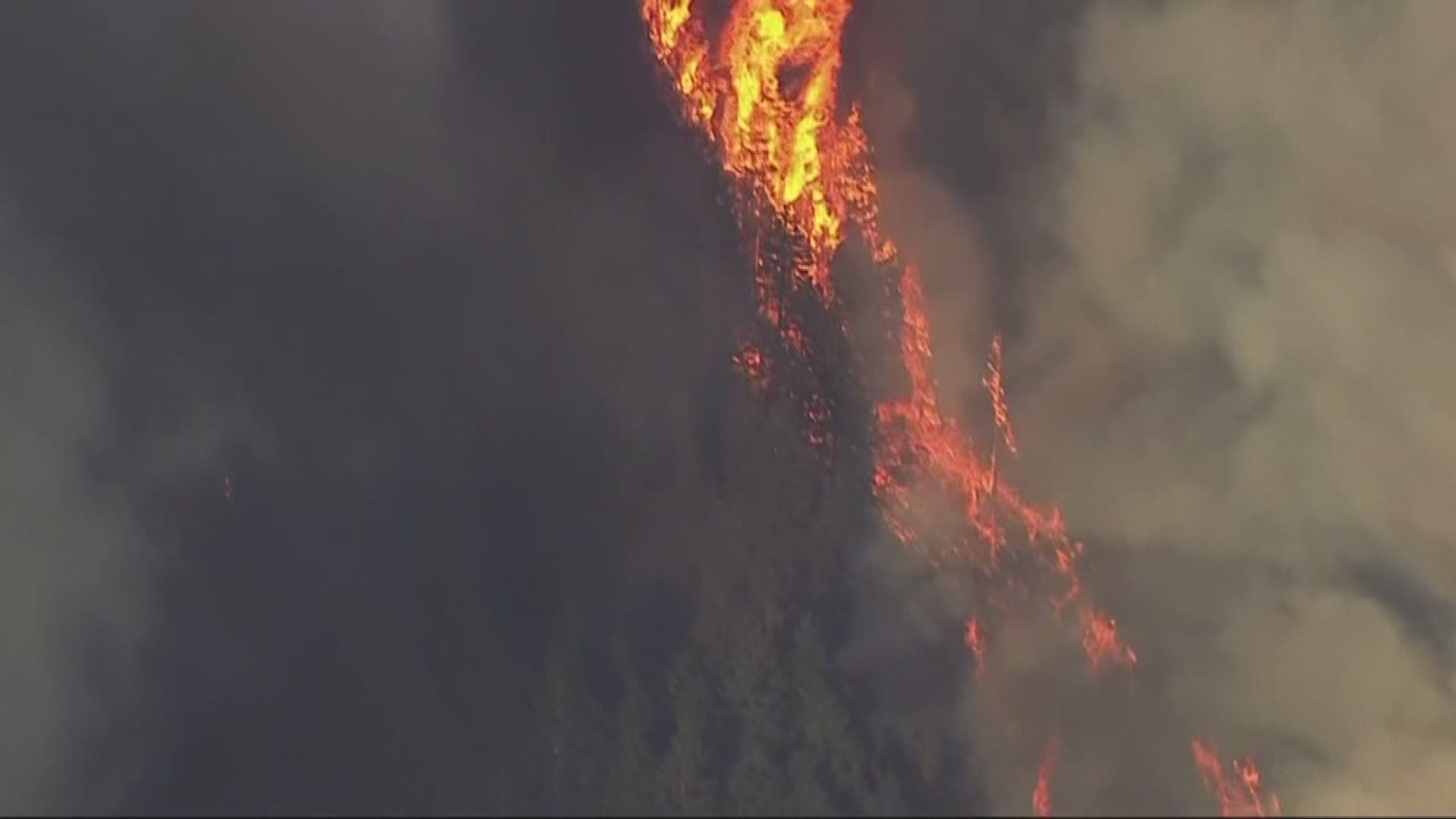 Families and friends of 153 stranded hikers crowded the parking lot, near the Eagle Creek trailhead Sunday.

They were there for hours, waiting for any one of three buses carrying their loved ones from Wahtum Lake.

That was the end-point of a 14-mile detour hike around the fast moving flames of the newly sparked Eagle Creek fire.

The hikers had been stranded all night, largely without cell service.

Most of their families hadn’t heard from them for nearly 24 hours.

“Gut wrenching. my stomach is going in circles,” said Jennifer Padia, whose daughter Renee, a junior at Oregon State University, had gone hiking with friends around 3 p.m. Saturday. “I’ve just been pacing and not knowing. I wish they could tell us who's up there.”

That a wish for many loved ones waiting Sunday.

The rescue was the work of several agencies, including the Mountain Wave Search and Rescue Team, the Hood River County Sheriff’s Office and the U.S. Forest Service.

Coming together to lead 153 hikers out, some of whom were airlifted Saturday night, was complicated said representatives.

Gathering, verifying and releasing a list of names in the meantime wasn't in the cards.

So while the stranded hiked, with a U.S. Forest Service guide, around fast-moving flames, families waited.

Then, around noon, the first bus arrived, carting some 40 hikers to the trailhead’s parking lot.

Stories poured out, including those about directions, rescuers dropped from the air.

“They dropped it from a helicopter, saying stay put, and then the directions changed,” said Derek Vigil, who was visiting Portland from Colorado. “Someone was able to climb higher and get cell phone service, and then they told us to hike it out.”

Others talked about the tree that burst into flames right next to them.

“We're all sitting there on this ledge. It's a pretty steep drop off to the water in front of us, and this tree starts going up and we're all starting to flip out a little bit,” said Drew Puryear, who was visiting from San Diego.

While it was a relief and a reunion for some, that first arrival marked a disappointment for others.

That included Padia and Kirsten Utter, whose 17-year-old son wasn’t on the first bus.

“One of the parents said their child had told them they were on the first bus, and then the first bus pulls up and we're like … they're not on it,” she said.

Over the course of three hours, two more buses arrived.

Among the rescued were a 10-year-old boy, a toddler and a dog.

Most of those returning talked of the U.S. Air Force Reserves medic who united the 150-plus hikers and helped lead the way to safety.

“We only had to do minor first aid and made sure everyone kept the momentum, kept walking,” said Tech Sergeant Rob Dones.

She came off the bus in her swimsuit, shorts and sandals, wrapped in a towel.

“The whole time I was just like ‘I just wish I could call her so she knows I'm okay!’” she said.

He and his friends were seated in the very back of the bus. They’d ventured out on a birthday hike.

His mom wrapped him in her arms, for nearly a full minute.

Utter added, despite the scare, she wouldn’t hesitate to let her son go hiking again.

“I have six other kids. I’m like ‘I can’t not let them do stuff because something might happen.’ They have to be able to make choices on their own, too,” she said. “You can never predict that there’s going to be a wildfire.”
Sunday afternoon, officials confirmed all 153 hikers were safe and accounted for.