Romance novelist pleads not guilty in murder of chef husband 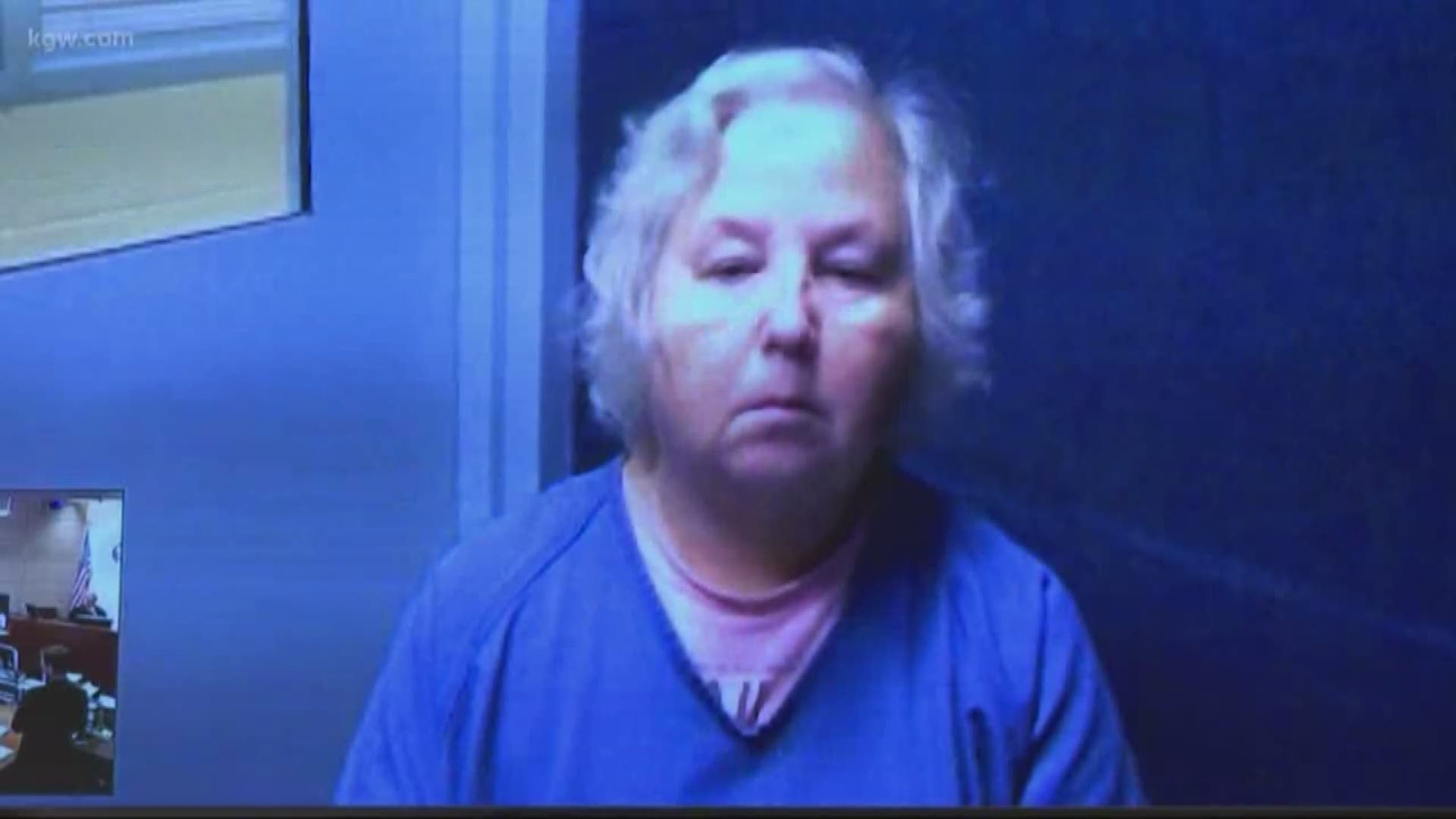 Trial has been set for October 26.

Brophy's wife was arrested Sept. 5 at her Washington County home for murder and unlawful use of a weapon.

Crampton-Brophy is a prolific romance novelist. In 2011, she penned an essay, "How to murder your husband."

The shooting investigation began on June 2 when students discovered the body of chef Brophy inside the Oregon Culinary Institute at Southwest 17th Avenue and Southwest Jefferson Street, where he taught.

Police said Brophy had been shot and died shortly afterward. Crampton-Brophy shared news of her husband's death in a June 3 Facebook post.

According to court documents, the two had known each other for 27 years and were married for 26 years.

Tamara Alva did yard work for the couple and has known them for about a year-and-a-half. She said she checked in on Crampton-Brophy after her husband died and said she was grief stricken.

“She wasn't some conniving, don't care, don't give a darn type person, this is a woman who truly loved her husband and all she could think about it is, he’s gone, what is she doing to do,” Alva explained.

Alva said by all appearances the couple was happily married.

“I miss Dan,” Alva said. “I think he was one hell of a guy and I love Nancy too. I think she's one heck of a gal and I don't think either one of them is deserving what they've gotten.”

The court documents in the case are still sealed, which means information about why police believe Nancy killed her husband is not available. The Multnomah County District Attorney’s Office said it is still actively investigating the case and releasing more information now could compromise that.

Friends of the couple were shocked.

Crampton-Brophy is an author who specializes in "fiction books under the Romance Suspense genre," according to her website, where her bio also notes she's "married to a chef whose mantra is: Life is a science project."

“As far as I’m concerned, being a creative writer of murder mysteries makes you not a murder,” Alva said. “It gives you a little bit of knowledge doing any background research you can, maybe, but that doesn’t mean she wants to murder her husband and I certainly never saw that side of a person who could do something like that because Nancy isn’t that type of person period, lock stock and barrel, she’s just not that type of person.”

“He had a heart of gold and everyone here knows that,” said Brophy’s friend and colleague, Chef Brian Wilke. “He was a really, really special human being — that's why we're all here.”

Soon after the shooting, more than a hundred people gathered outside OCI to remember Brophy, light candles in his honor and share stories about how he shaped their lives and careers.

“Everything he taught us will stay with us forever,” said OCI graduate Rebeka Kleiner. “He made such an impact on so many people including myself — culinary school is hard.”

Students and colleagues said Chef Brophy's stern approach to teaching was tempered by moments of levity. He would often bring a wagon to school filled with homemade jams and herbs for students to try. He also kept several silly hats on hand for those who forget to bring their toques to school.

“I'd come in in the morning and sure enough, there was someone in a sombrero,” Wilke recalled.

Students shared a number of funny memories about Brophy.

“If you hadn't learned to use your knife properly and you cut off the tip of your finger, [Brophy joked] it belonged to him,” shouted one student from the crowd. “He’d called it the ‘tip jar!'”

Those memories helped — if only momentarily — to distract from what happened on June 2. For many students, remembering Brophy strengthened their resolve to be a positive part of his legacy.

“I want to be a better cook because of him,” said OCI graduate Dominique Bouza. “As a coworker and a human being, I want to take his compassion that he instilled to so many people so that it can live on.”