With music and positive words, the Sunday event aimed to provide a contrast to recent conflicts downtown involving police, federal agents and demonstrators. 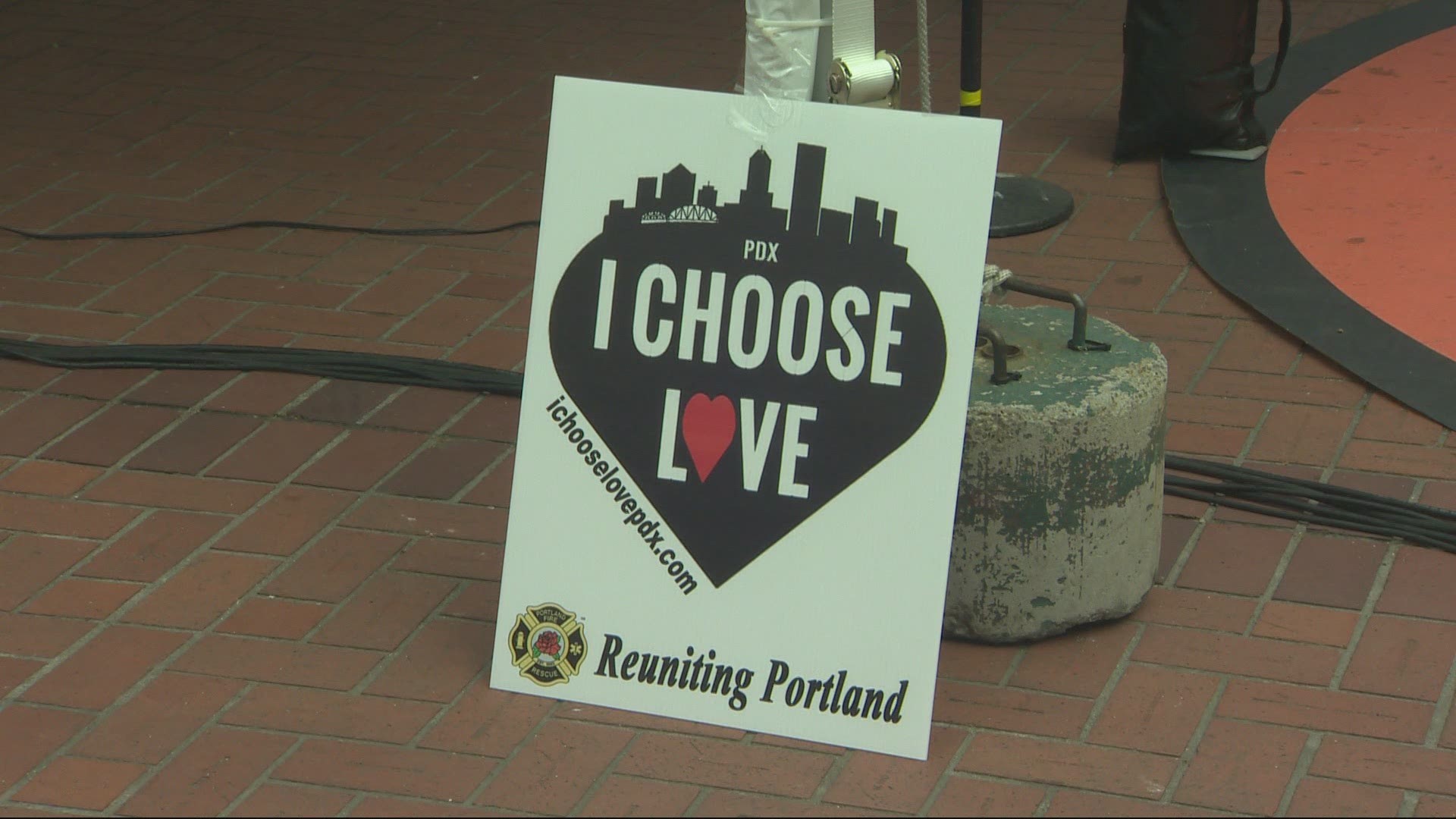 PORTLAND, Ore. — After almost a year of unrest, violence and destruction in downtown Portland, "I Choose Love PDX" is on a mission to change the narrative.

"Obviously, the need for change was clear, because what we had wasn’t working for all," said Ray Leary with the organization.

I Choose Love is a collective of concerned citizens who formed last year in the wake of violent clashes downtown involving police, federal agents and opposing groups of demonstrators.

The organization believes peaceful assembly is the hallmark of social justice. "We realized that our nation, our city and communities are in deep need of a transformative healing," explained Leary, "and toward that end we have created programs along those lines."

Their programs include youth camps in partnership with first responders. The group also organizes community events, like Saturday's concert at Pioneer Square to encourage Portlanders to get out and rediscover their city.

Credit: CK
'The Brown Sisters' singing at the ' I Choose Love ' event in downtown Portland

"We would like to inspire a more inclusive and a more representative downtown of our community in a way that promotes a safe place to be," said Leary.

Gospel singers The Brown Sisters offer their talents to the movement. "It feels wonderful to be a part and be a changing agent, spreading a message that if people can catch it and live it and choose it, wow, we’re gonna have a good place y’all," said Dorcas Smith with the group.

Their message is simple -- choose love to bring the community together and heal the city.

I Choose Love is in communication with state officials, but Leary says transformative change starts right here reaching out to the people of Portland.   "That’s what we are looking forward to, engaging our elected officials further and promoting unity and peace and public safety in our communities," said Leary.

RELATED: 'Glad to be your neighbor': Friends create signs inspired by Mr. Rogers' words of wisdom