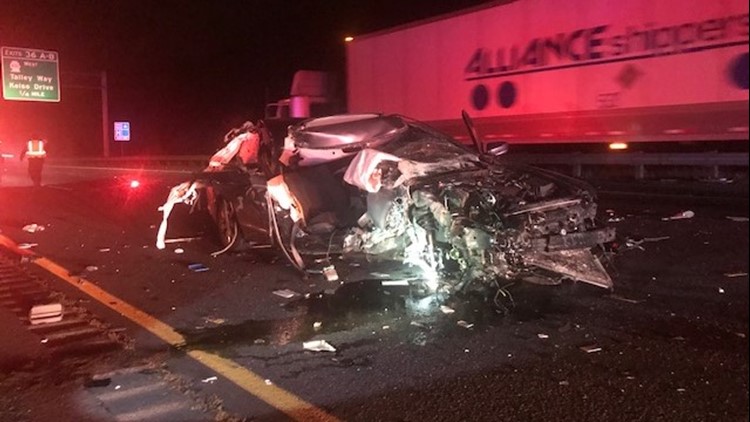 Photo by: Cowlitz 2 Fire & Rescue
Crash on northbound I-5 in Cowlitz County

3 injured in I-5 crash in Cowlitz County

The crash occurred shortly after 5:30 a.m. near exit 36, a couple miles south of Kelso. Two cars and a semi-truck were involved in the crash, according to Cowlitz 2 Fire & Rescue.

Two lanes of northbound I-5 were closed while Washington State Patrol investigated the crash.