Highway 224 to remain closed, possibly for months due to wildfire damage

Most ODOT roads closed by fire have reopened, but the nearly 20 miles of OR-224 above Estacada may remain closed for months. 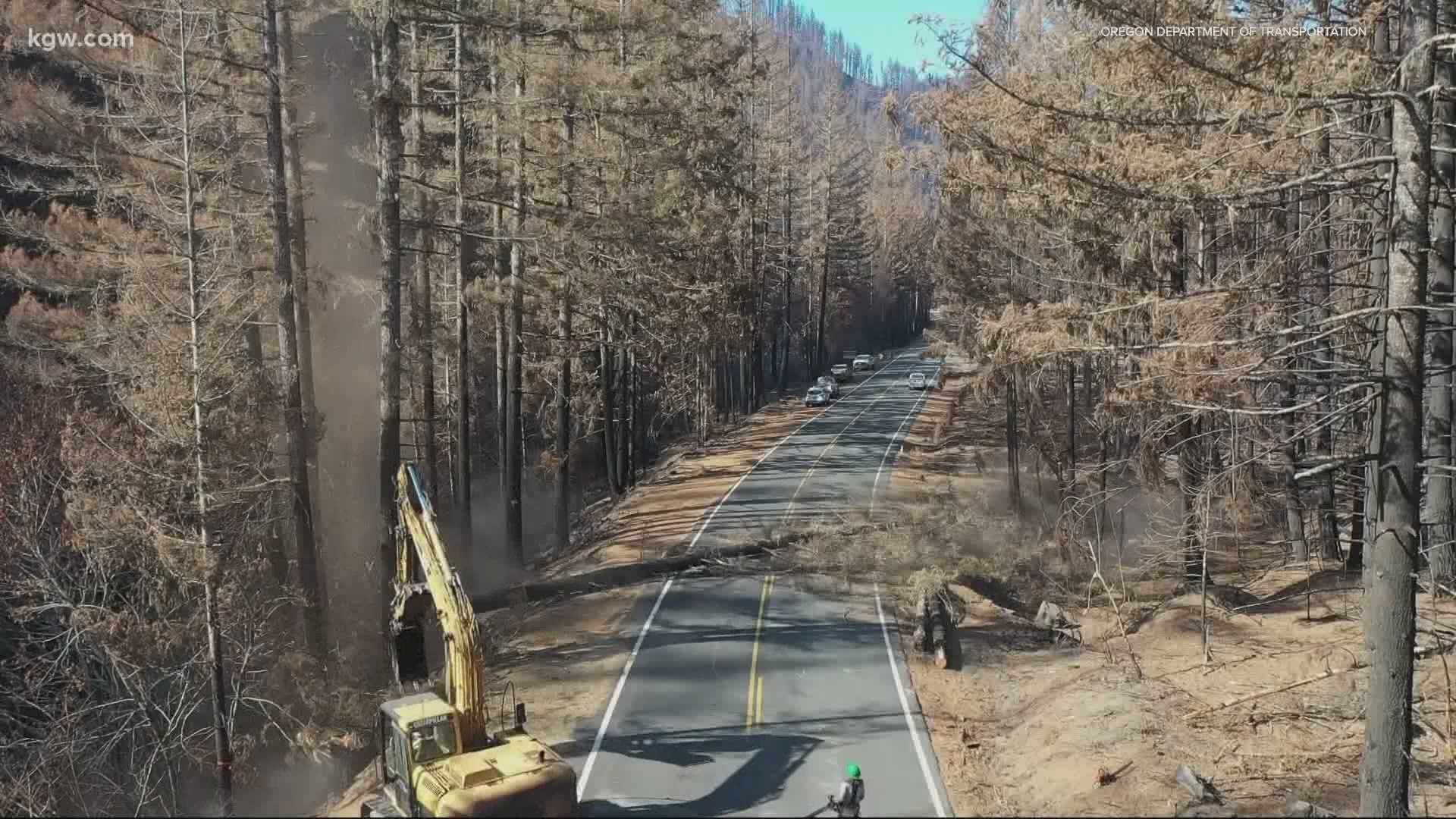 PORTLAND, Oregon — Oregon Department of Transportation (ODOT) has been able to get most of its roads impacted by September’s historic wildfires reopen. Some within days, others like the Santiam Highway 22 took about 5 weeks.

But it could be months before Highway 224 above Estacada is reopened said ODOT's Don Hamilton, "This area on 224 above Estacada was hit very, very hard. We have probably more than a hundred thousand trees are going to have to be pulled out of there. Every tree that's within striking distance of the road is dead or dying. And we're going to have to haul all of those out of there."

You can see and hear in a new video from ODOT just how slow of a process that is. So the nearly 20 miles of Highway 224 above Estacada is likely to be closed for much longer

Hamilton said,  “...maybe for months. We don't know yet, but there's an awful lot of work to do up there”

The price tag for that cleanup up? Tens of millions of dollars says ODOT, “We can certainly presume we're going to be seeking some federal loans.”

During the height of the firestorm, nearly 250-miles of ODOT maintained roads were closed. That they have most of them reopen is progress.

Highway 22 opened in mid-October (with a reduced speed limit).

Highway 126 east of Eugene and Highway 138 east of Roseburg are also open with reduced speed limits.

“Every road suffered differing extents of damage," says Hamilton, "We're doing what we can to get them fixed up and safe”.

Forrest Service Road-46, the main connector between Detroit and Highway 224 also remains closed, and there’s no estimate date of reopening available for that yet.

Farther south, in the burn scar of the Almeda Fire, ODOT is working with Jackson County to re-seed the area with natural grasses. That process was expected to wrap up Tuesday.