“They’ve been feeding us, sometimes too well,” said Cascade Locks resident Ed Jaska about the Stevenson shelter. Jaska noted that the generosity of local businesses and volunteers was incredible. “It kind of gives me a little boost.  There is still humanity left.” 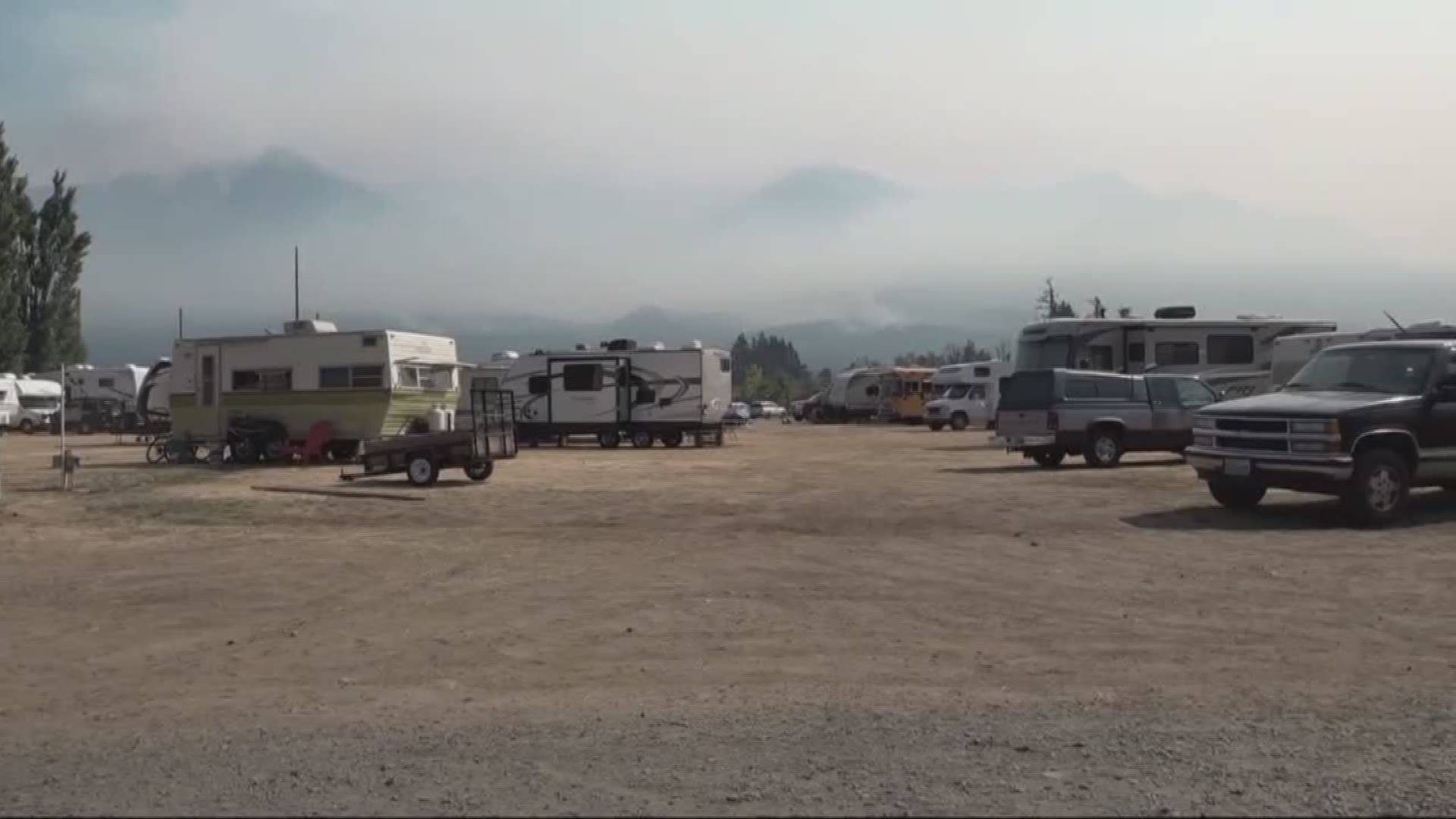 TROUTDALE, Ore. -- As the Eagle Creek fire continues to burn, hundreds of people remained under evacuation orders on Monday. According to evacuees, some people had decided to return home. But roughly 170 people were still at Red Cross shelters.

For some evacuees, Monday marked just over a week since they were forced from their homes along the gorge. Daniel Rathjen, of Cascade Locks, said the fire was starting to affect his income.

“Most of our locals have local jobs, and it’s going to affect being able to pay our bills,” he said.

He works at the East Wind Drive-In in Cascade Locks and said the owner decided to shut down, opting to help out firefighters. Other businesses in the area reported taking hits because of the fire and evacuation orders.

“We’re all stressing out about possibly losing our homes,” said Rathjen. “And then if we don’t, we’re going to wonder how to pay for all this time that we’re stuck here, evacuated.”

Rathjen left his home last week and was staying with family at the Red Cross shelter at the Skamania County Fairgrounds. The organization reported that 146 people were using the shelter at last check, with 22 sleeping inside the shelter and the rest staying in RVs, campers, and tents.

“It’s pretty hard to take,” said Brenda Johnston, also of Cascade Locks. She too was evacuated a week ago. “It’s felt a little bit longer than that. I’m weary. I would like to go home.”

The Red Cross also announced Monday that its shelter at Mt. Hood Community College in Gresham would relocate. Starting Tuesday, the shelter was moving to Harvest Christian Church in Troutdale.

According to a Red Cross spokeswoman, Mt. Hood Community College wasn’t able to accommodate the shelter any longer. The organization had said that it would work one-on-one with evacuees to make sure they transitioned to the new shelter smoothly.

Everyone is hoping Level 3 evacuation orders will be lifted as officials have suggested, in the next couple days.

“Our life has just been disrupted. There’s nothing to be done about it until the fire is over,” said Cheryl Thomie, of Lattourel Falls. Thomie had been staying in a camper at the Gresham shelter, but chose to move to a hotel on her own. "I don’t feel bad that they’ve evacuated us. It’s just hard.”

While stressful, several people said their experiences at the shelters were good.

“They’ve been feeding us, sometimes too well,” said Cascade Locks resident Ed Jaska about the Stevenson shelter. Jaska noted that the generosity of local businesses and volunteers was incredible. “It kind of gives me a little boost. There is still humanity left.”