"These teams are there to fill in until professional responders get there." 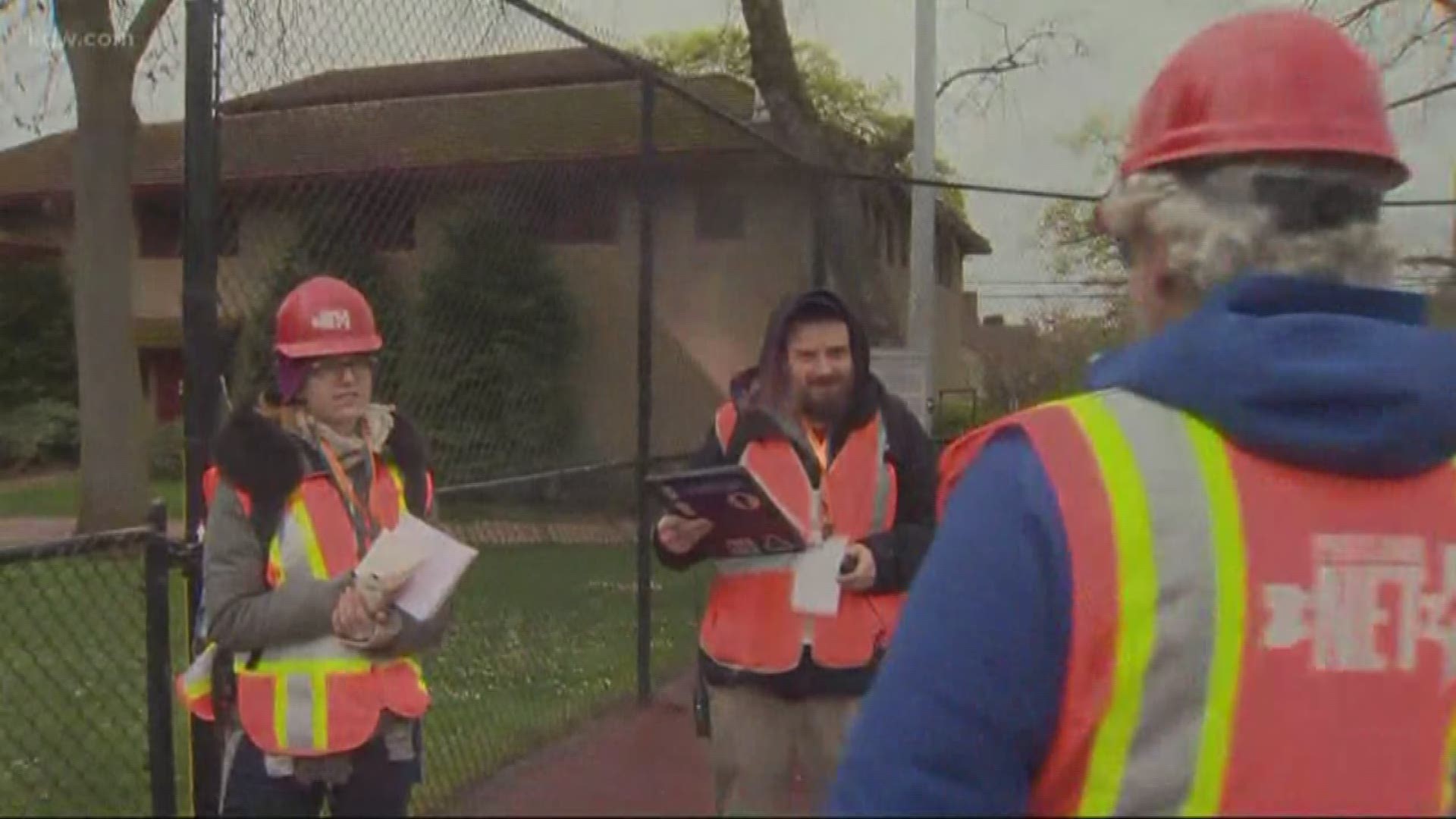 PORTLAND, Ore. -- More than 200 volunteers braved the wind and rain in Portland on Saturday to make sure they’re prepared to jump in and help their families and neighbors in the event of an emergency.

“It's the first time we've done it to this scale where we've opened it up to everyone in the city,” said Michael Colvin, a coordinator for the emergency disaster drill.

Volunteers representing 26 neighborhoods participated in the emergency drill and did things like test out radios, conduct mock search and rescue operations and set up first aid stations.

Organizers said it could take emergency responders a long time to get to people during a disaster.

“So these teams are there to fill in until professional responders get there and it could be two months before we see very much of that,” Colvin said.

During the drill, the team in North Portland encountered a few hiccups with radio communication, and the inclement weather made setup slower than anticipated. But Colvin said it’s preferable to identify and address issues now during a drill, rather than after a disaster hits.

The Portland Bureau of Emergency Management and Portland Fire & Rescue help train volunteers who decide to get involved with their neighborhood team.

Colvin said it only takes a commitment of about two hours a month to be a volunteer.

Another disaster drill is planned for September or October.