After the juvenile whale couldn't make it back out to sea during high tides, officials decided to euthanize it. 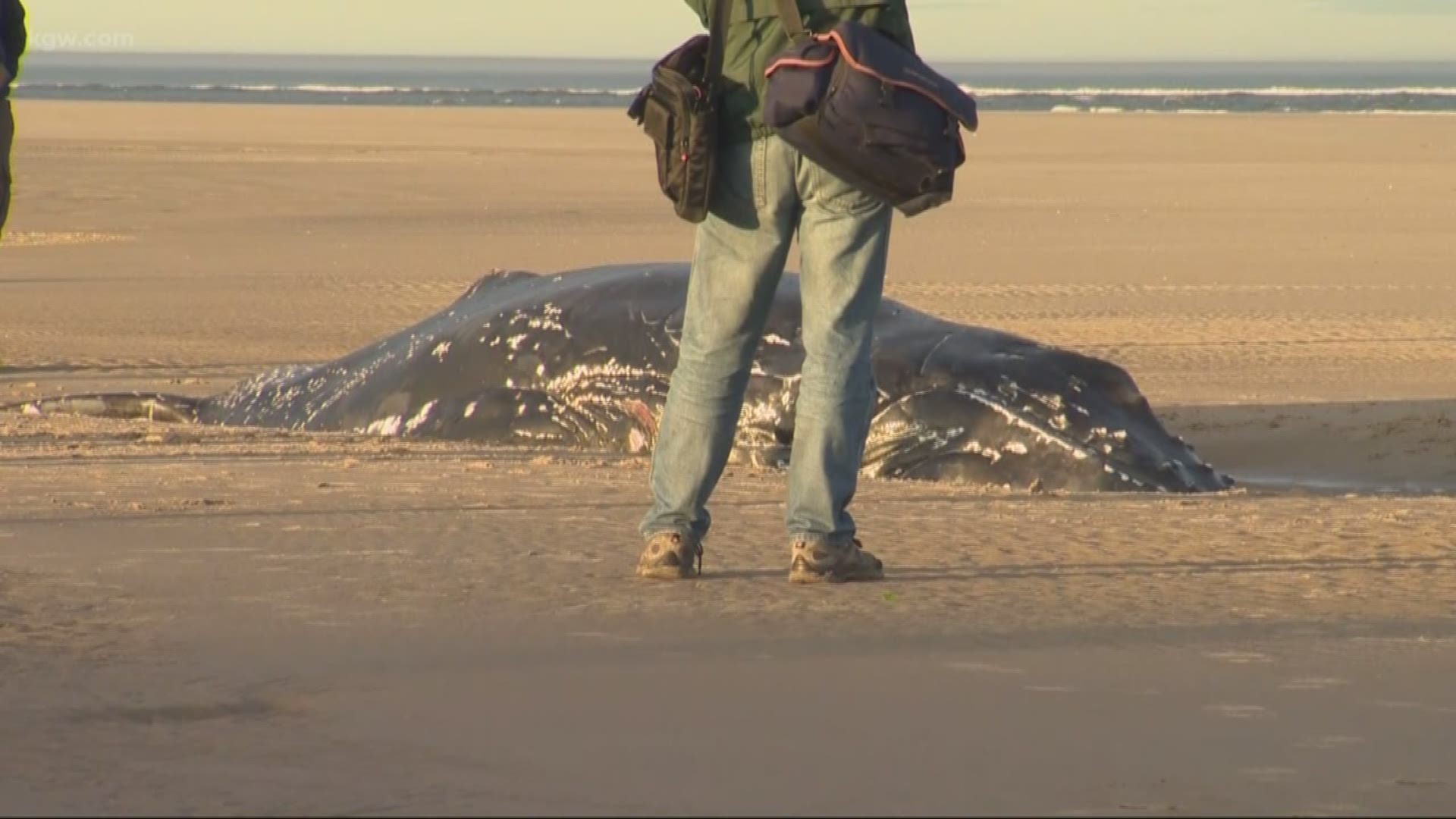 WALDPORT, Ore. — A juvenile humpback whale that stranded itself on the beach in Waldport has been euthanized.

According to a post on the Oregon State Parks official Facebook page, the whale was euthanized with an injection Thursday. An autopsy will be conducted, then the whale will be buried.

Stephanie Norman, a veterinary epidemiologist and wildlife veterinarian who works for the National Oceanic and Atmospheric Administration, said they hoped the whale would return to the sea during an early morning high tide Thursday, but considering the whale's condition, the decision was made to euthanize instead of continue to wait.

VIDEO: Young humpback whale beached at Waldport will be euthanized

The next high tide was scheduled for around 2:15 p.m. Thursday but was expected to be a lower high tide than in the morning.

During previous high tides, the whale made it out to breaker waves but ended up back on the beach. Bruce Mate, director of the Maine Mammal Institute, said that if it could not swim back in the high tide, it needed to be euthanized.

If a whale is out of the water for an extended period of time, its own weight on its organs can become an issue, Mate said. He also said that if a whale cannot regulate its body temperature, then its organs will begin shutting down. A decision to euthanize the animal may be more humane than allowing it to suffer on the beach.

"People will just automatically say, 'Well, I'll come down and help you push it off,' but this animal weighs over a ton and is flopping around," said Mate. "One karate chop from a pectoral flipper or hit from a fluke, it could very seriously injure somebody."

Mate said the calf appeared to be a little young to be on its own, however, it appeared to be around the age when a mother whale would stop feeding a calf and allow it to fend to itself. Norman said the whale was almost 22 feet long.

Mate said sometimes mothers will cut off their calves in order to conserve calories for herself or sometimes calves can just be separated.

It is not uncommon for young whales to die. Only about half of them make it to 1 year old.