How Oregon law protected campers who took over a rural property

Before he died, a Yamhill Co. homeowner allowed several campers on his property. Within a few months, police were called more than 60 times for various crimes. 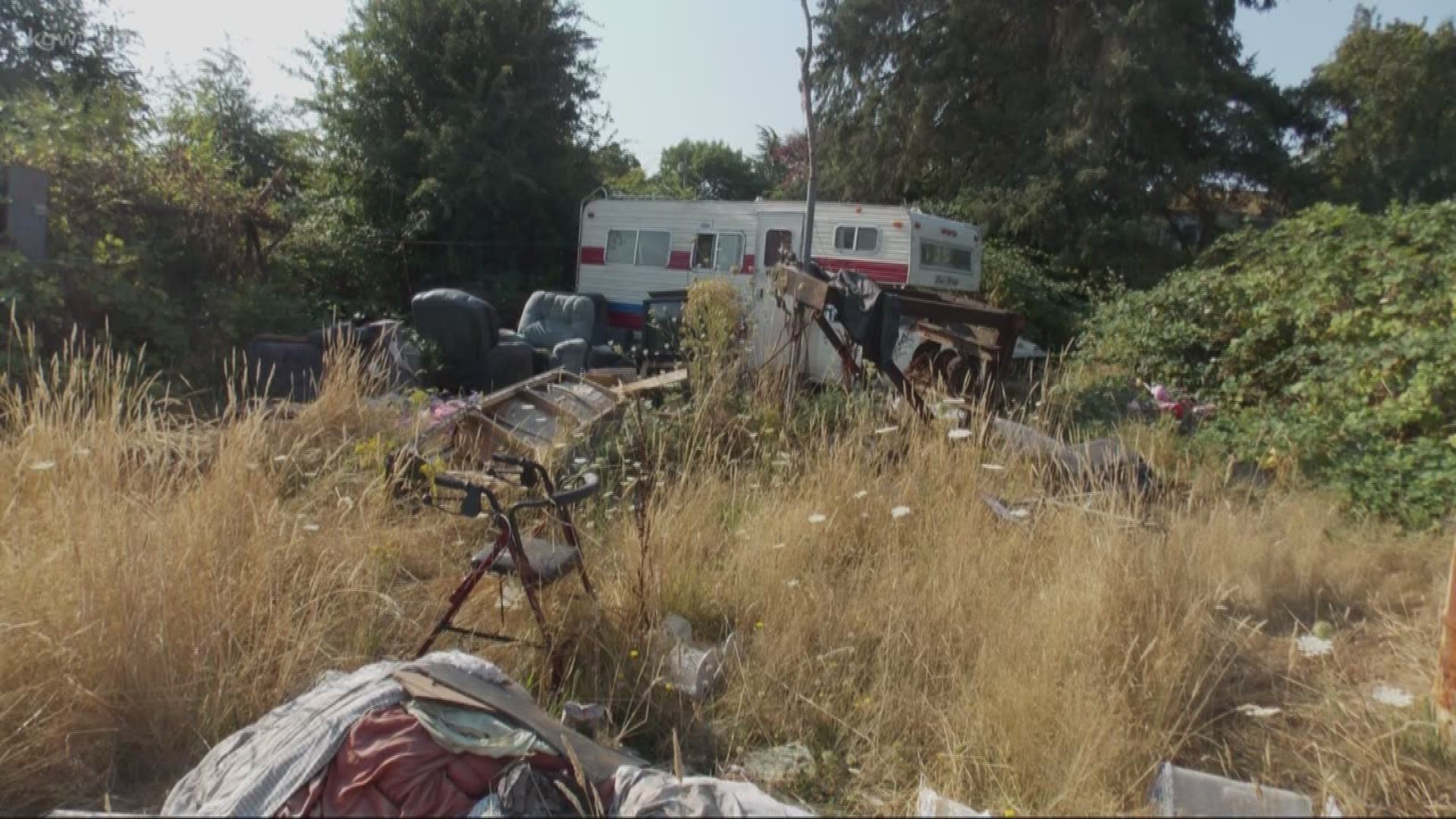 YAMHILL COUNTY, Ore. — Uninvited guests staked a claim at a rural Yamhill County home for months after the homeowner, who didn't have an heir, passed away.

The home, and a barn in the back, were eventually burned to the ground.

Deputies were called to the home more than 60 times in just a three-month period.

RELATED: 'They had the locks changed': Squatters stake a claim in vacant North Portland house

Statewide landlord/tenant laws are in place to protect legitimate renters, but current law often protects illegitimate tenants, known as “squatters." Getting them out of a home after the rightful owner passes away is often an uphill battle.

Roger, an elderly man who lived off Northeast Hendricks Road in Oregon's wine country, had let at least one person camp on his property prior to his death.

“They in turn had invited others. [Roger] told me there were some individuals he was afraid of and he didn't want to rock the boat, but he also didn't want to see them become homeless,” Yamhill County Code Enforcement Officer Mike Kemper explained.

Roger's neighbors, Ron Sticka and Mark Gaibler, put up with the mess for a couple of years. They reported towering mounds of junk with run-down RVs, trailers and vans being used as camping equipment by dozens of strangers.

“[I] didn't feel at ease when [coming] out of the house,” said Sticka, who has lived on Northeast Hendricks Road since the late 1970s.

Sticka and Gaibler said it got worse in the spring of 2018, so they got Yamhill County Code Enforcement involved by filing a complaint. County officials said pursuing action on a code violation complaint is the only way they can get involved and take proper steps.

“Last summer there were 14 to 15 [people] around. Then you had all these people start fighting. People were kind of worried about their places," Gaibler said.

In the midst of court hearings surrounding code violations against Roger, the county learned he died in his home in October 2018. He didn’t leave behind kids or a will.

Things on Hendricks Road got out of hand quickly

“The county was expending resources, it was expensive, it was long and drawn out and it was dangerous for our first responders. This was a difficult situation,” said Yamhill County Commissioner Mary Starrett.

On Christmas Eve, the campers burned the barn down on the property. A few days later on New Year's Eve, they burned down the house.

In just three months, deputies were called to the property at least 60 times for crimes including fighting, firing guns, and drug use.

“Sheriff’s deputies got to be [known] on a first name basis,” Sticka said.

The county went on a time-consuming hunt to find an heir to Roger's property. Meanwhile, the campers claimed they were helping Roger clean up, or that he promised the place to them.

Credit: KGW
Mounds of trash and unusable cars were found throughout the property.

Campers were protected by Oregon law as 'holdover tenants'

Deputies' hands were tied by Oregon law -- they couldn't prove the campers were trespassing.

“The sheriff's office doesn't enjoy getting involved in civil matters and doesn't believe they have authority to remove people when they are tenants or when they have some claim to be a tenant,” said the county’s legal council, Todd Sadlow.

Under Oregon's Residential Landlord Tenant Act, county officials say the campers weren't considered “squatters." Rather, they had to treat them as "holdover tenants" since Roger, the homeowner, gave some the initial OK to be there.

A holdover tenant is someone who stays put without a landlord's consent after a rental term has ended or, in this case, when the homeowner dies.

“Therein lies the rub with the state law,” Starrett said. “They have that landlord-tenant relationship now. How do you then remove people who are ostensibly lawful tenants?”

'They had nowhere else to go'

Once an heir was found, they gave the maximum eviction notice of 60 days, but the campers didn’t budge.

The heir got a forcible entry and detainer (FED). The campers eventually gave up when deputies came out to the property on the day of the deadline and threatened to arrest them.

“They waited until the [deputies] actually came onto the property and said ‘You’re leaving, you have 30 minutes, it’s time to go now,'” said Kemper, “I think that’s largely due to the fact they had nowhere else to go. So they held on 'til the very end, until finally they left property.”

The process to get them off the property took about three months, considering the time it took from when the heir posted a 60-day notice to terminate, to when sheriff's deputies came out and acted on the writ of execution of eviction.

The county had been involved much longer, trying to make contact with Roger and get the property cleaned up.

When asked if she believes it’s a problem to treat these individuals as legitimate tenants, Commissioner Starrett responded with a resounding yes.

“I think the only way we can address that is with legislation. To say, let's acknowledge these are not lawful tenants and then let’s speed up the process of removing them from the property,” she said.

Credit: KGW
Neighbors took photos of the damage and showed KGW News what the property looked like before a major sale and cleanup of the site.

Starrett worked with Oregon State Rep. Ron Noble to introduce legislation during the 2019 session to make it easier to remove people if a government agency finds a place unlawful to live in under state or local law.

“[It] would have been the fix, that would have allowed the landlord to terminate tenancy with a 30 days written notice once a government entity let them know occupancy was unlawful,” said Starrett.

But the bill screeched to a halt in the House Committee on Human Services and Housing.

Meanwhile, unlawful campers and squatters continue to take over land both in cities and rural areas.

“In rural areas, you can be camping in the woods and on rural properties. People might be on your property and you might never know it. And it also requires that someone complain," Starrett said.

Someone has to file a complaint with the county concerning code violations in order for them to address it and act, like the neighbors on Northeast Hendricks Road had to do.

“Compared to what it is now and where we were just three or four months ago, the nightmare is over,” Sticka said.

Gaibler bought Roger's lot from the heirs and cleaned up the entire property. It wasn't a small task to tackle, even for someone with the proper equipment.

“Somebody needed to buy it to get rid of the mess. And I didn't want it next to my house anymore,” Gaibler said. “We had two excavators that worked here for basically a solid week.”

This situation contained an extra layer of difficulty because the house was in probate.

Credit: KGW
The Yamhill Co. property after a neighbor purchased the land and cleaned it up.

How to protect your home against squatters 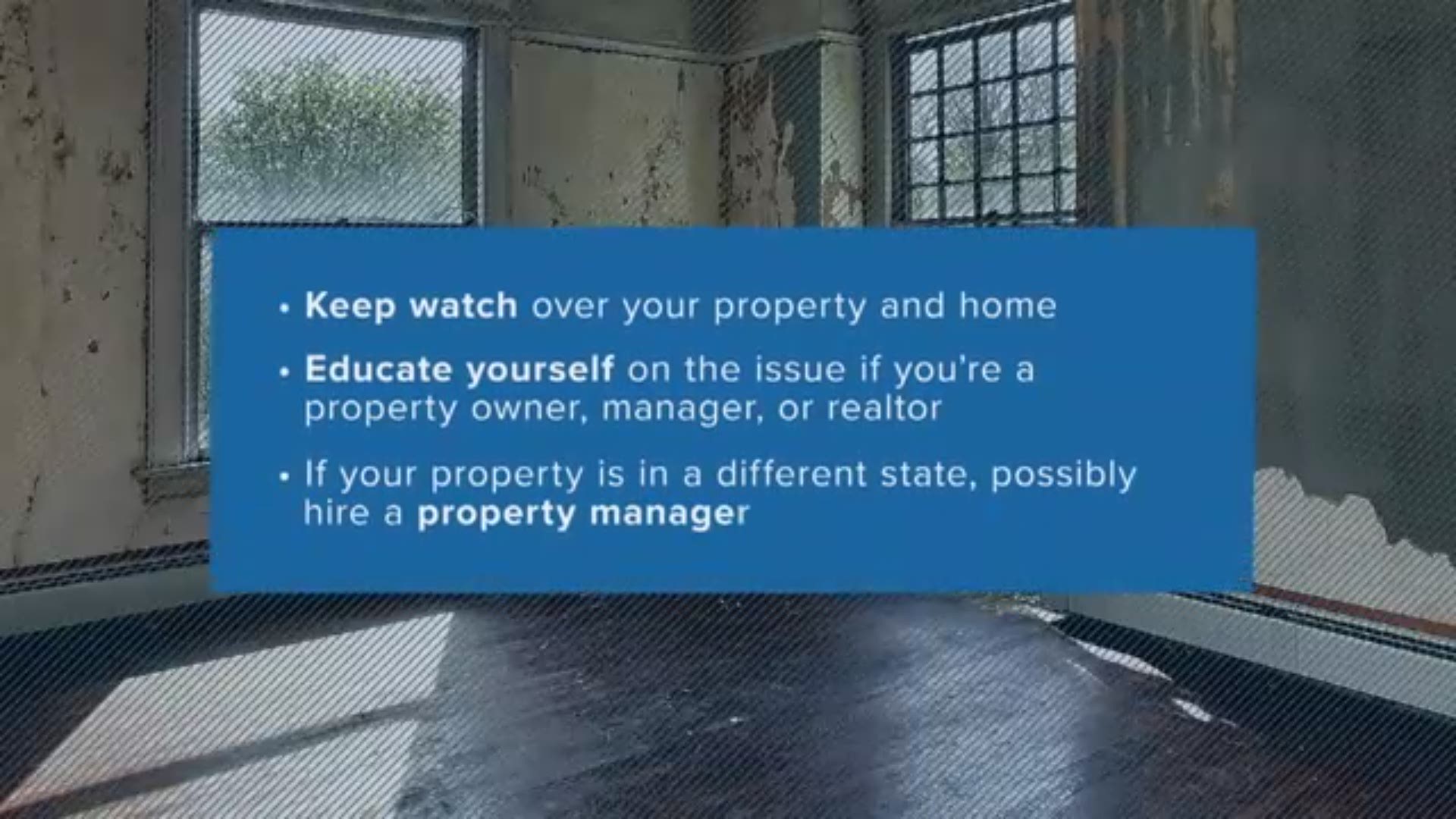 This is a lesson to us all: be very careful who you invite onto your property. Once you've given them the green light, it’s not so easy to un-invite them.

To protect your house against squatters, we have some advice:

If you or anyone you know has been affected by squatters or campers on their property, email MRomero@KGW.com.