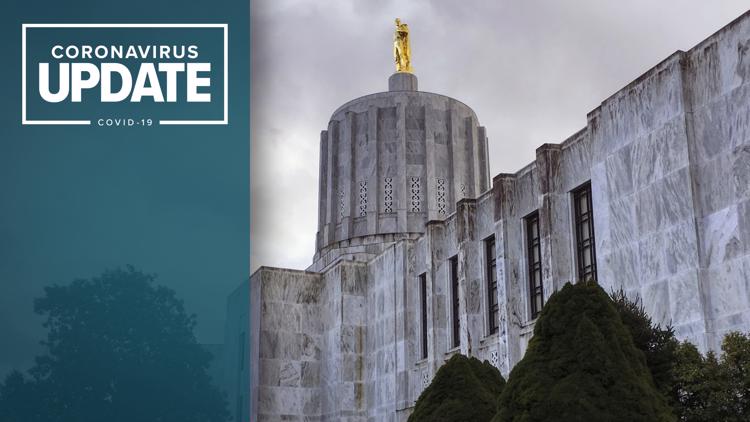 Photo by: Andrew Selsky
The State Capitol in Salem, Oregon.

What will the state's new cap-and-trade bill cost Oregon families?

Republicans are quoting a dollar amount, but Democrats say it's still too early to estimate how much the average family may have to pay.
Author: Stephanie Villiers
Published: 8:45 PM PST January 16, 2020
Updated: 4:24 PM PST February 7, 2020

PORTLAND, Ore. — Democrats and Republicans are giving different answers on how much Oregon’s new cap and trade bill will cost Oregonians.

Senate Republican Leader Herman Baertschiger held a press conference on Facebook after the new bill was unveiled in the legislature this week. He said the bill will cost the average family of four “somewhere in the neighborhood” of $650 a year.

When pressed on that number, Baertschiger said his estimate was based off last year’s failed cap and trade bill, not the new one. However, he said he thinks it’s a pretty close estimate for this year’s bill as well.

We followed up with a policy analyst from the Senate Republican Office who said the only estimate they have right now is based off of last year.

"We do not even know if the Legislative Revenue office (LRO) will be able to do the proper and necessary economic analysis for the new bill because of the time constraints of the short session," Justin Brecht said.

Brecht said that the short session is not meant for this kind of "sweeping economic tax policy."

Democrats are saying they can only give preliminary updates as the bill has not yet been finalized.

"Geography will matter, as a result of the geographic phase-in of transportation fuels," Michael Dembrow, the chair of the Senate Committee on Environment and Natural Resources, in an email.

"For transportation fuels and natural gas there are built in protections for low income individuals and families everywhere in the state to be a minimal increase or no increase, respectively.

"Those in the upper half of the income spectrum who live west of the Cascades will see a potential increase in their transportation costs, which we anticipate to be a little over $100 per vehicle."

Dembrow emphasized these are early speculations based on the direction the bill is going.

In his press conference, Baertschiger said it doesn’t matter if fuel prices go up only in urban areas because he believes the cost will trickle down.

“You're looking at the farmer that puts fuel in his tractor. He's exempt from this, right?” he said. “But everything the farmer buys for his farm, the people that supply that product to him, were not. So the cost of his seed or the cost of the parts for the tractor, the cost for equipment, that's not exempt from it. So the farmer will pay there.”

Baertschiger said most of the revenue raised from the bill will come from taxes on fossil fuels, including gasoline, diesel and natural gas.

But Dembrow said low-income Oregonians who heat their homes with natural gas will not see those bills or their electricity bills go up.

He also said rural and low-income groups will benefit from more weatherization programs. Those are aimed at making their homes more energy efficient, reducing their emissions and lowering their heating bills.

Debate on the new cap and trade bill formally began in the legislature when the 2020 session began on Feb. 3.

RELATED: 'We need to get this done': Gov. Brown says cap and trade still a priority