How 'black smoke' from auto yard fire could impact your health

The type of smoke that is burning is called "black smoke," which is created from burning man-made materials. It can contain carcinogens and irritants that threaten human health. 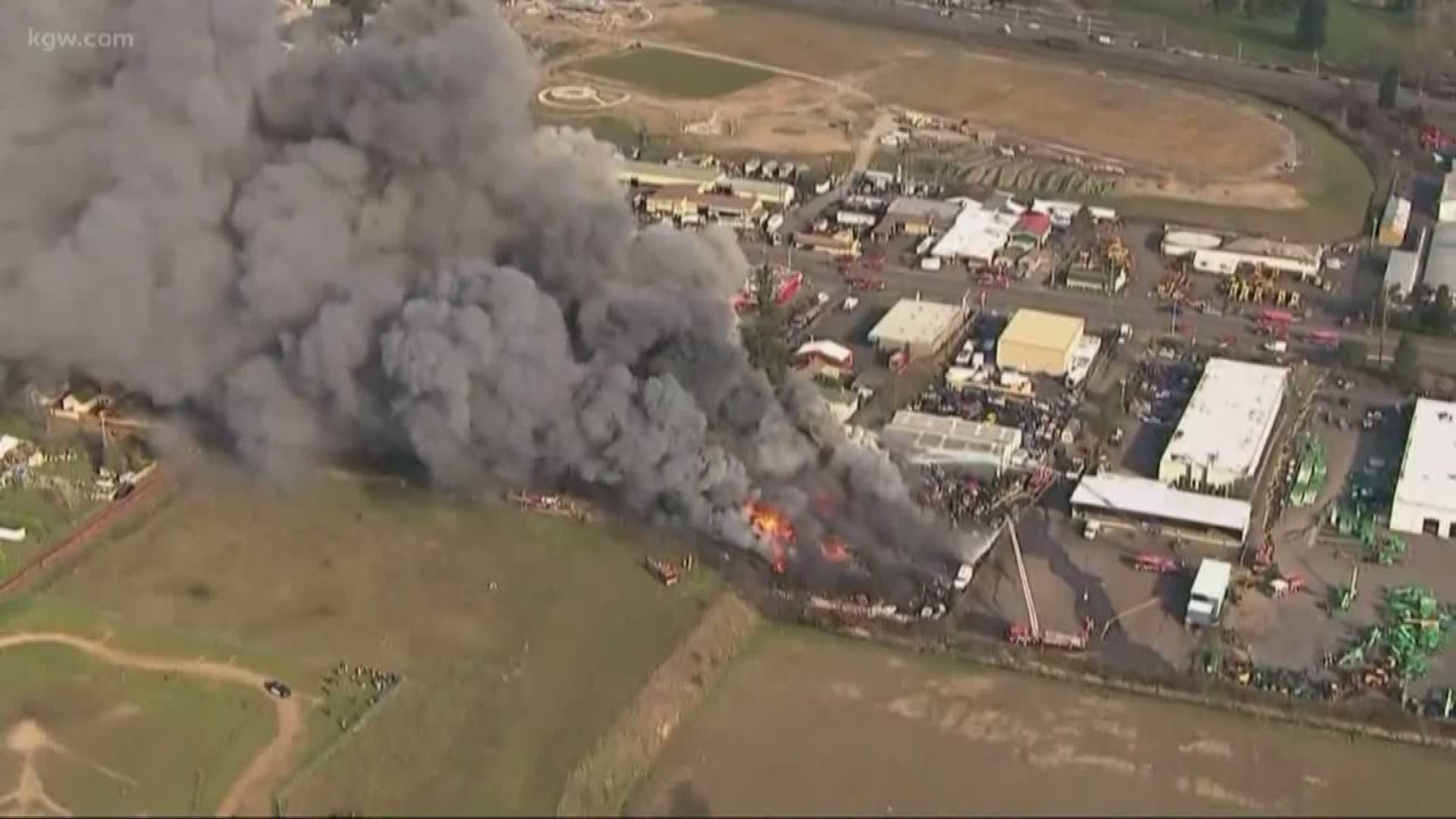 The auto yard fire at Northwest Metals started just after 9 a.m. Three structures on the property burned, as well as four neighboring homes. The thick smoke cleared by Monday evening but thousands of residents were ordered to evacuate their homes Monday night. On Tuesday, about 450-500 people remained under mandatory evacuation orders.

The type of smoke from the fire is called “black smoke,” which is created from burning man-made materials and can contain more toxic substances than other smoke such as wildfire smoke.

When tires and automobiles are burned, toxic chemicals are emitted into the air. While officials don’t yet know exactly what was in the tires and vehicles, they could contain asbestos, acid gases, benzene, heavy metals and dioxins, among other possible and known carcinogens.

Tires contain about two gallons of petroleum products in each tire, according to the Multnomah Health Authority.

Short-term negative health impacts include breathing problems from sulfur dioxide, as sulfur dioxide can irritate lungs even at low concentrations, according to OHA spokesman Jonathan Modie.

“The most serious health impacts from exposure to tire fire smoke appears to be effects on those with preexisting cardiovascular disease or respiratory conditions such as asthma,” Modie said.

Children, who have smaller lungs and breathe more frequently than adults, are also at higher risk of negative health effects.

The Oregon Department of Environmental Quality said the business where the fire was burning do not have solid waste or waste tire permits. A spokeswoman for the DEQ said the agency currently hasn't confirmed whether permits were required. The agency is also working to confirm whether any regulations were violated.

The DEQ also helped Portland Fire and Rescue connect with the United States Environmental Protection Agency to monitor the air quality and find out just how bad the smoke was. On Monday afternoon, the air quality a mile downwind from the fire was rated as slightly unhealthy.

The DEQ encouraged residents to keep windows closed if they are within a mile of the fire.