Burn bans are in effect in Multnomah and Washington counties, and the Oregon State Fire Marshal has sent crews to Central Oregon in anticipation of possible fires. 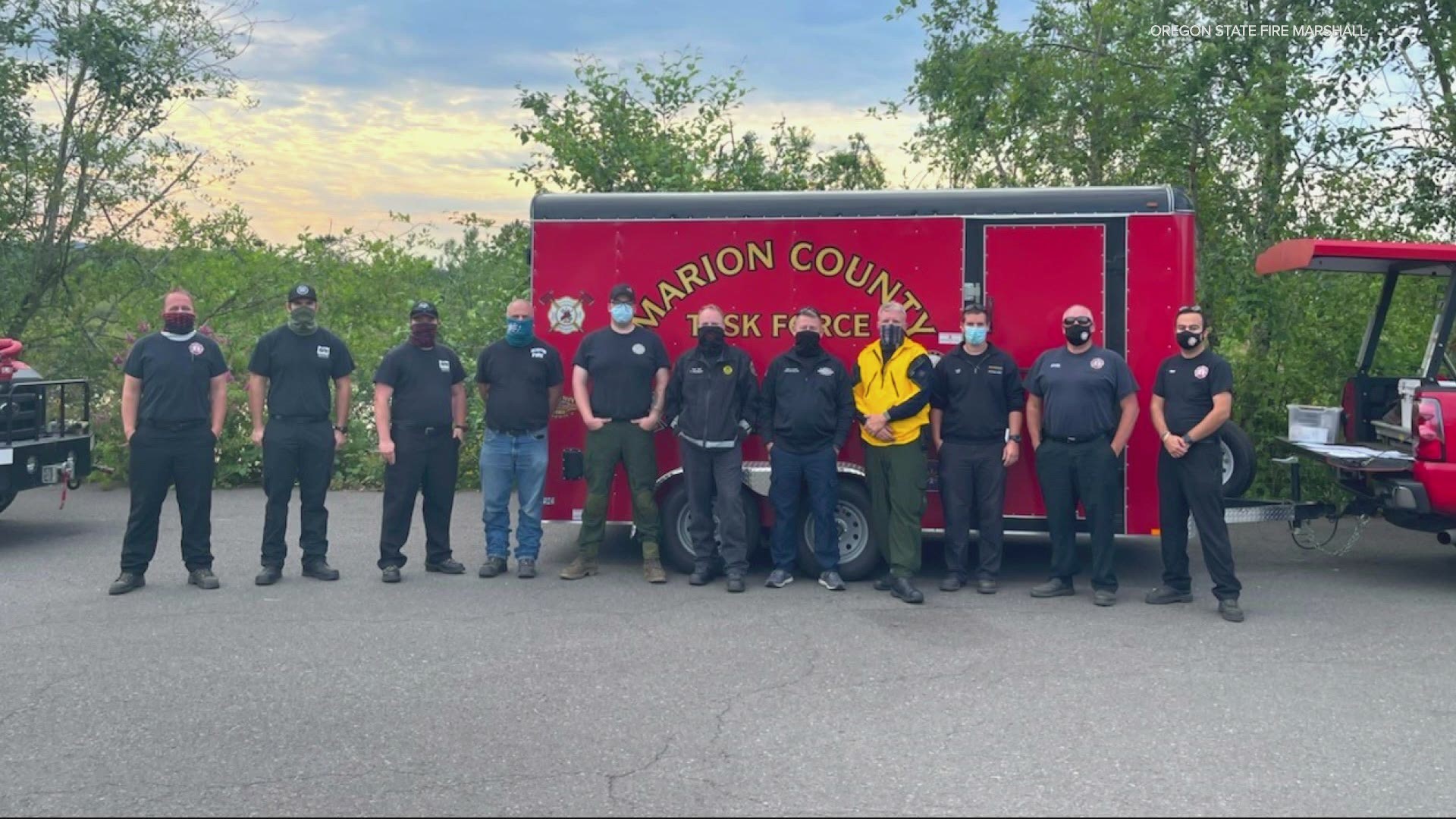 “It's very dry over here. It's as dry here as it normally is in August. There's lightening in the forecast in the next 72 hours, and we expect to have some fires start because of that,” said Griffin, battalion chief with Tualatin Valley Fire & Rescue.

Griffin said he fully expects they will be called out to work.

The state ordered the unique tactic of putting the extra firefighters in place ahead of time.

“Because if we can stop these fires when they're small it prevents them from getting larger and then we have a bigger problem on our hands, so our office is really kind of looking toward prevention, said spokesperson John Hendricks.

It's all about prevention in the Portland area as well, where there is plenty to burn. Firefighters are asking everyone to be especially careful.

“And just with that heat we will be getting into a critical burn environment where things get warm enough and dry enough it will be like tinder waiting to get lit.”

Wise says east of the Cascades especially, the prospect of thunderstorms and potentially dry lightning will continue after the weekend.

“The final straw is it looks like we may have some more thunderstorms coming in early next week, so any lightening activity on top of several days of very hot weather certainly could spell some issues,” said Wise.

On the north end of the Warm Springs Reservation, a wildfire dubbed the S-503 Fire has already burned thousands of acres since it started last week.

“To proactively go out there is kind of unique and maybe a result of what everything we witnessed last year, and a way to get ahead of the game on some of these wildfires,” said Kim Haughn, spokesperson for Tualatin Valley Fire & Rescue.