Tom Frisch was riding his bike to Molalla Monday morning for the eclipse when he was hit by a car. It looked like he was going to miss out on the experience but staff at Legacy Emanuel took him outside for the memorable experience. 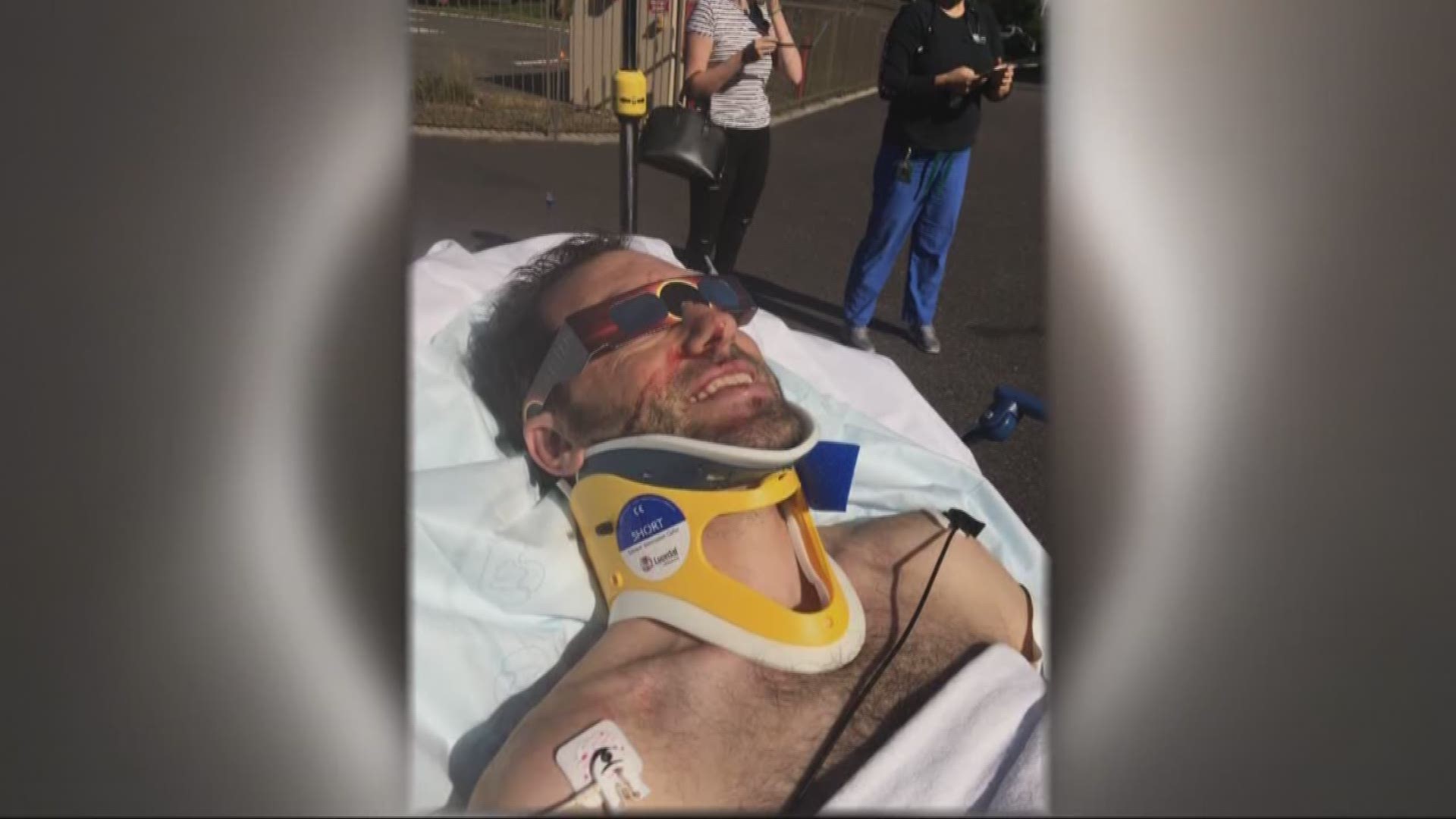 PORTLAND, Ore. -- Everyone will remember where they were during the eclipse. Tom Frisch could not forget if he tried.

Frisch, of North Portland, woke up on the morning of the eclipse and decided he would ride his bike to Molalla, which was in the path of totality. Just miles shy of his destination, Frisch found himself in the path of an oncoming car.

“At one moment I’m riding and then I wake up and they’re putting the c-spine collar on me,” he said.

Frisch was roughed up. Paramedics rushed him to Legacy Emanuel Medical Center.

“I have some stitches in my knee, chipped teeth, lacerated spleen, and air outside my lung,” he said.

Emergency department staff started working on Frisch right away. They had him stabilized within minutes.

“My nurse who had been treating me said, ‘Do you still want to see the eclipse?' I said, ‘Yeah let’s do it.’”

Frisch was wheeled outside and given a pair of glasses, but that is not all. Doctors and nurses even sang Bonnie Tyler’s hit Total Eclipse of the Heart.

“It was just a nice feeling,” Frisch said.

Hospital administrators are just as impressed.

“I really wasn’t surprised,” said Vicki Guinn of Legacy Emanuel Medical Center. “There are some amazing people who work here at Legacy Emanuel.”

Frisch knows that firsthand. He received great medical care and an even greater eclipse experience.