Winemakers say the wine does have a slightly smoky taste, but it's still a waiting game. 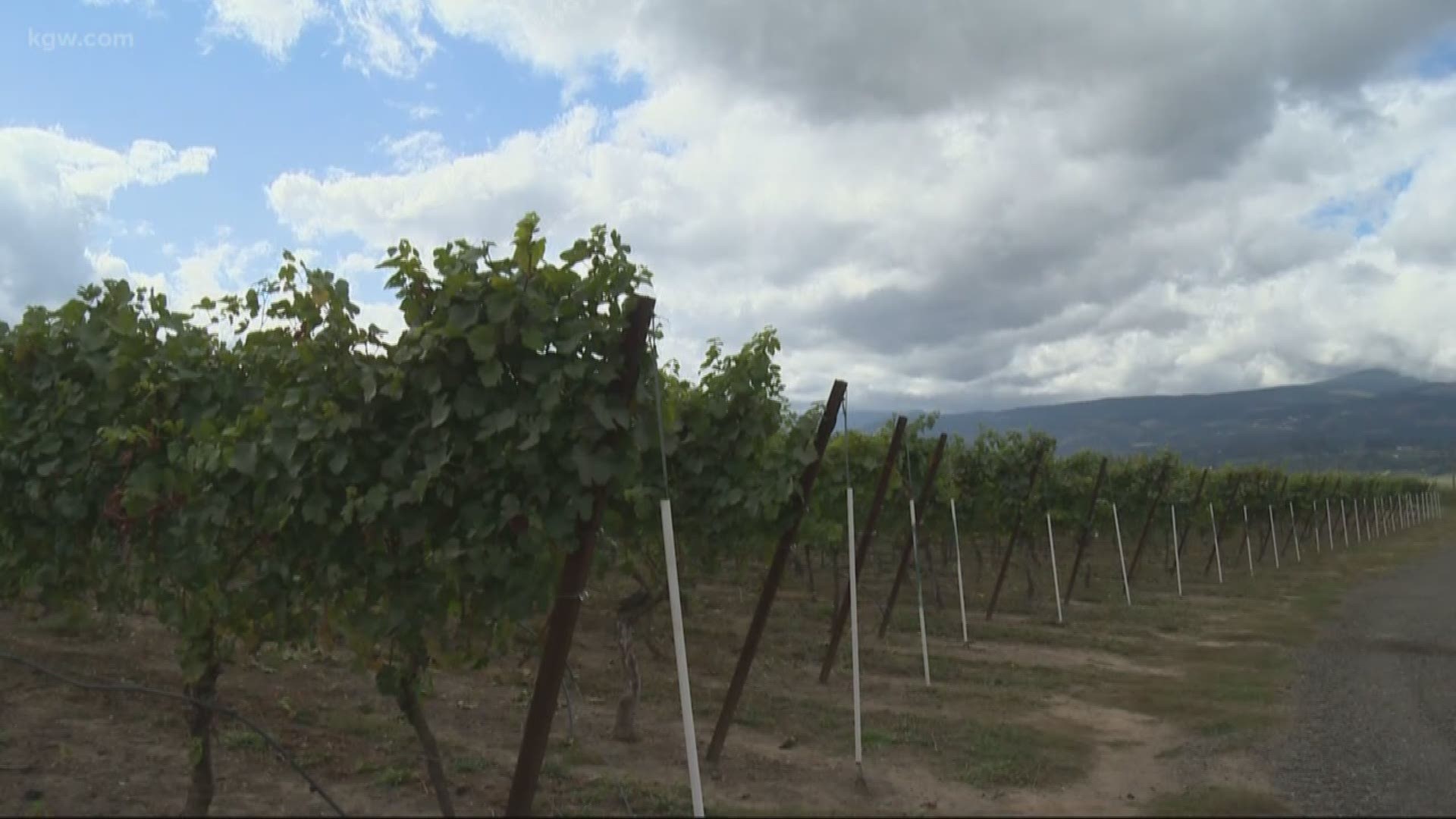 HOOD RIVER, Ore. — The Eagle Creek Fire may be out, but wine growers in the Hood River Valley are still feeling its impact.

A year later, wine growers in that area are seeing and even tasting the difference.

Mt. Hood Winery in Hood River had to throw out about a third of its pinot grapes last year because of the smoke damage.

The rest are now aging in barrels.

Recently wine-makers have been doing some taste tests on the vintage.

They confirm, it does have a slightly smoky taste, but they say it's still a waiting game.

"It keeps improving, the smoke taint keeps moderating, I think it's getting lighter, said Steve Bickford, president of Mt. Hood Winery. “Other flavors are coming out so I think it will work out in the end, but it’s been a whole year of what's going to happen."

The winery says it will keep testing it the 2017 vintage

If all goes as planned, it will bottle it this winter and release it for sale this spring.