About 40-60 people per day lock their things away in a storage unit under the Steel Bridge and go to work, treatment or just to get warm. 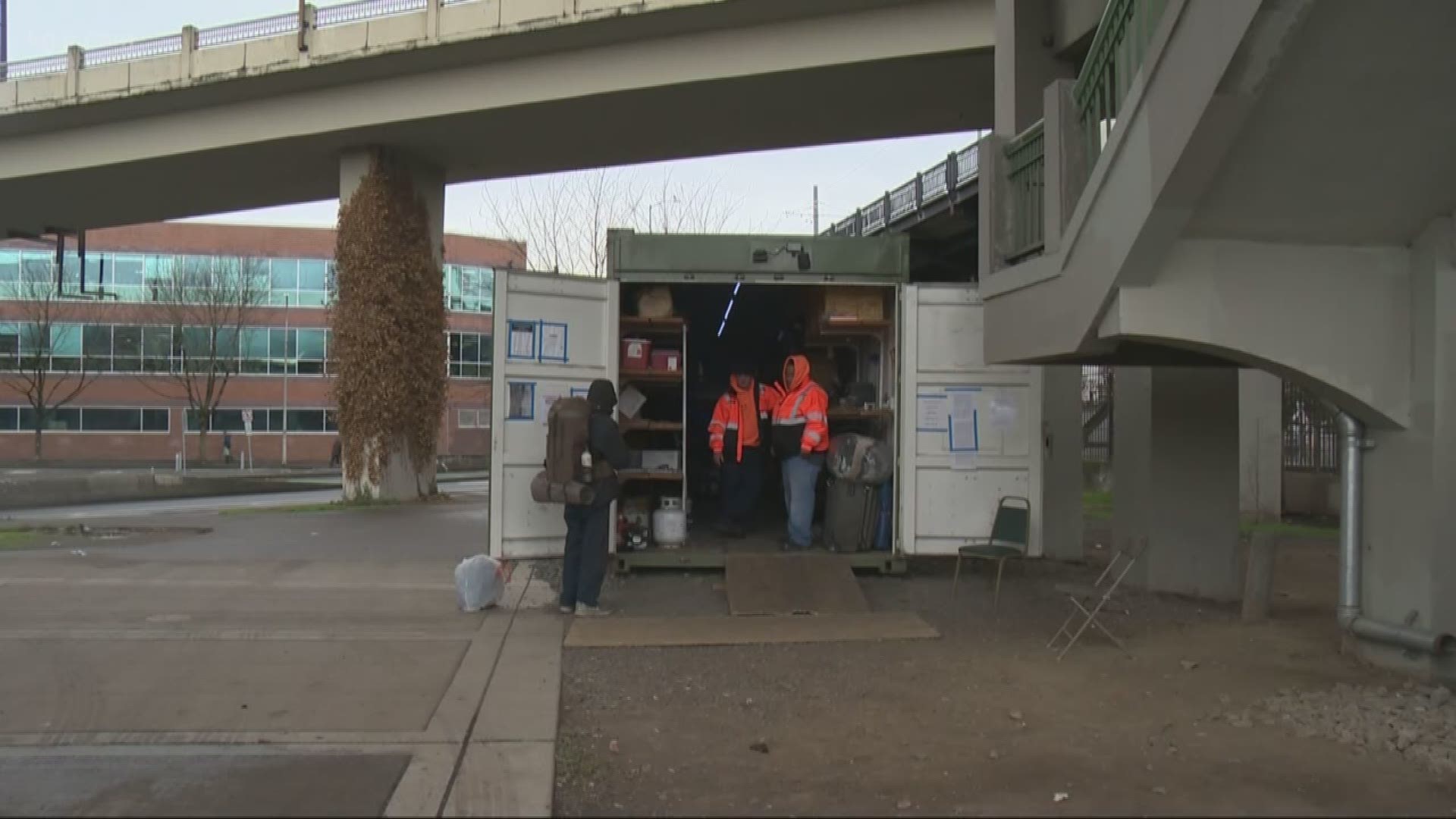 What started in 2016 as a low-maintenance, six-month pilot project spearheaded by the city has now become a major asset for people living on Portland’s streets and in its shelters.

It sits under the west end of Portland’s Steel Bridge and for 11 hours a day, seven days a week, people can come and sign over their things to be stored inside the waterproof box.

“This is all their belongings. This is everything they own,” Tuggle said. “And instead of having it out on the streets, they can have it stored in here. It's out of the weather. They don't lose it, and it helps them figure out what they're going to do.”

Most of them leave their things to go to work, treatment or just into a building to get warm, he said. 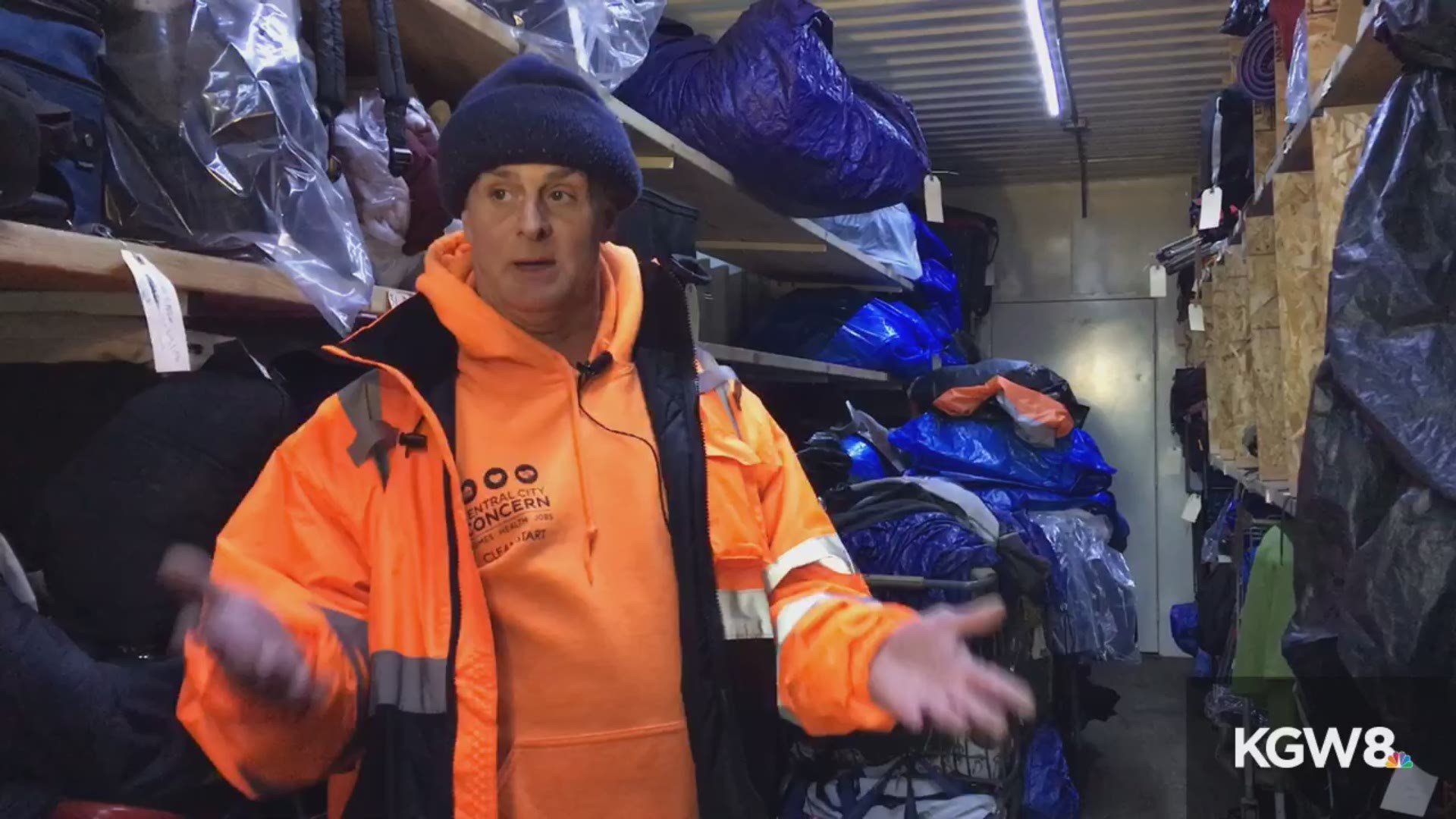 One woman, Jessica, said without the storage program, she’d have to carry everything she owned with her 24/7.

“I wouldn’t be able to do anything else, except watch my stuff,” said Jessica Dixon, who works as a Street Roots vendor. “I’ve actually been doing that for the past week, and it’s been really, really difficult.”

Sophia June, a spokeswoman for Mayor Ted Wheeler’s office, called the program “extremely effective”, adding 40-60 people use it every day.

The city has a second storage unit, stationed at the Hazelnut Grove homeless camp in North Portland.

The following year, officials spent $83,839 to have it open five days a week, for a couple hours a day.

The funding includes the salaries for Tuggle and his colleague, both of whom make $13.75 an hour plus benefits.

Jay McIntyre works as a business director for CCC.

He admits, back in 2016, people weren’t sure the program would work.

“It took a little while to gain folks' trust,” he said. “I think at the beginning people didn't want to store their belongings here because they didn't know what was going to happen, but over time we built a relationship with the community.”

Part of that involved hiring formerly homeless people to staff the program.

Tuggle himself was homeless in Portland for 38 years. For much of that time, he was addicted to meth.

“I won’t turn anybody away,” he said.