What does Starbucks' new 'no purchase' policy mean for the homeless?

People living on the streets haven't had have many options to sit, relax, charge their phones, or use a restroom, and often it's because businesses require they buy something first. 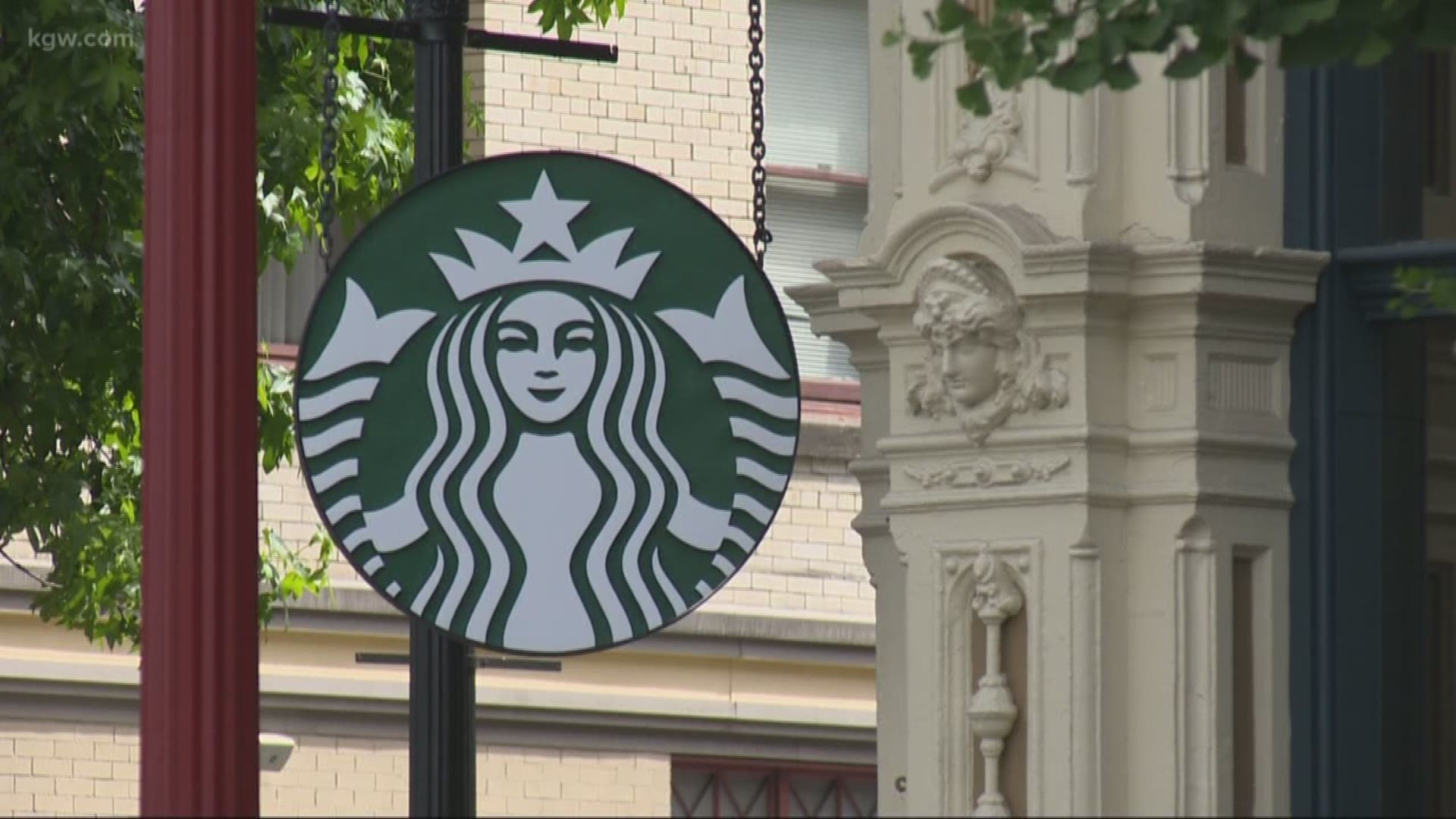 PORTLAND, Ore. — In the days following a sweeping policy change from the most ubiquitous coffee chain in the world, a conversation is brewing about Starbucks’ role in hosting the homeless.

Homeless advocates say the Seattle-based coffee-giant’s announcement this week that anyone can now use its cafes and restrooms, purchase or no purchase, highlights a need in most major cities.

People living on the streets don’t have many options to sit, relax, charge their phones, or use a restroom, and often it’s because businesses require they buy something first.

“If you can’t buy something, they don’t want you there,” said James Moore, who camps downtown.

The tidal wave that led to this week’s policy shift started in Philadelphia.

Back in April, cell phones rolled as police arrested two black men for sitting in a Starbucks without buying anything.

Turns out they were there for a business meeting.

Backlash followed and Starbucks responded by closing all stores for a day of racial bias training and announcing the sweeping new rule.

Related: Starbucks' new policy: No purchases needed to sit inside, use bathroom

“It should be,” said Sarah Davis of the new policy that no longer requires someone to buy something to sit in their stores. “Everybody has the right to do their business inside and be comfortable.”

“I think it's an overreaction,” said Portlander Ray Gregiore.

And he, like many, connected the shift to Portland's housing crisis.

“It’s probably gonna let the devil in the door with either homeless people or drug addicts,” he said.

“I think the incident with the men, they should have never been asked to leave,” said Melinda Allen. “But I also understand the homeless population that we have and I don't think businesses should be disrupted by that. So it's really hard, I'm definitely on the fence.”

In fact it's a conversation being had on the national stage.

An op-ed in the Washington Post argues the shift will give way to 'Starbucks Homeless Problem'.

Then there was this conversation, with the host of NBC’s Megyn Kelly Today asking a panel, “Do you really want to deal with a mass of homeless people or whoever's in there? Could be drug addicted. You don't know!”

“It’s not so much the afternoon of training, it’s Starbucks making a statement about how they want to treat their customers moving forward.” @realamyholmes on the new #Starbucks open door policy. pic.twitter.com/x6RuynQPxj

It's an argument Starbucks knows is heating up.

In a statement to KGW, a rep pointed out their policy isn't all black and white and still includes subjective guidelines, requiring customers "use spaces as intended" and "be considerate of others."

Do something that, staff believe, violates those rules, and you'll be asked to leave.

Staff at Portland’s Union Gospel Mission have heard both sides many times before.

"Many of the homeless are unwelcome or feel unwelcome at establishments," said Stacy Kean, spokesperson for Union Gospel Mission. "Possibly they can't afford to buy anything."

It's one reason why they keep a day room open in their downtown shelter, five days a week. Up to 125 people there drink coffee, charge phones and eat food, including pastries often donated from Starbucks.

"It is a lot like a coffee shop," Kean said.

A coffee shop that Kean argues is a needed safe space.

"I don’t know that people realize how damaging it is to be looked at differently, to be excluded, to feel like there's already a stereotype or bias against you based on your houseless condition," she said.

Moore said he knows what she's talking about.

"If you can't buy something they don't want you there," he said. "They do make assumptions. People carry a purse. I carry a backpack everywhere I go."

Sunday found him sitting in front of the new Starbucks in Chinatown.

He's glad about the policy shift, but he wishes people would realize it points to a need, outside of a coffee chain's control.