Portland police officers out of the bureau's east precinct rode the Interstate 205 multi-use path, the Springwater Corridor and other hotspots for homeless campers. 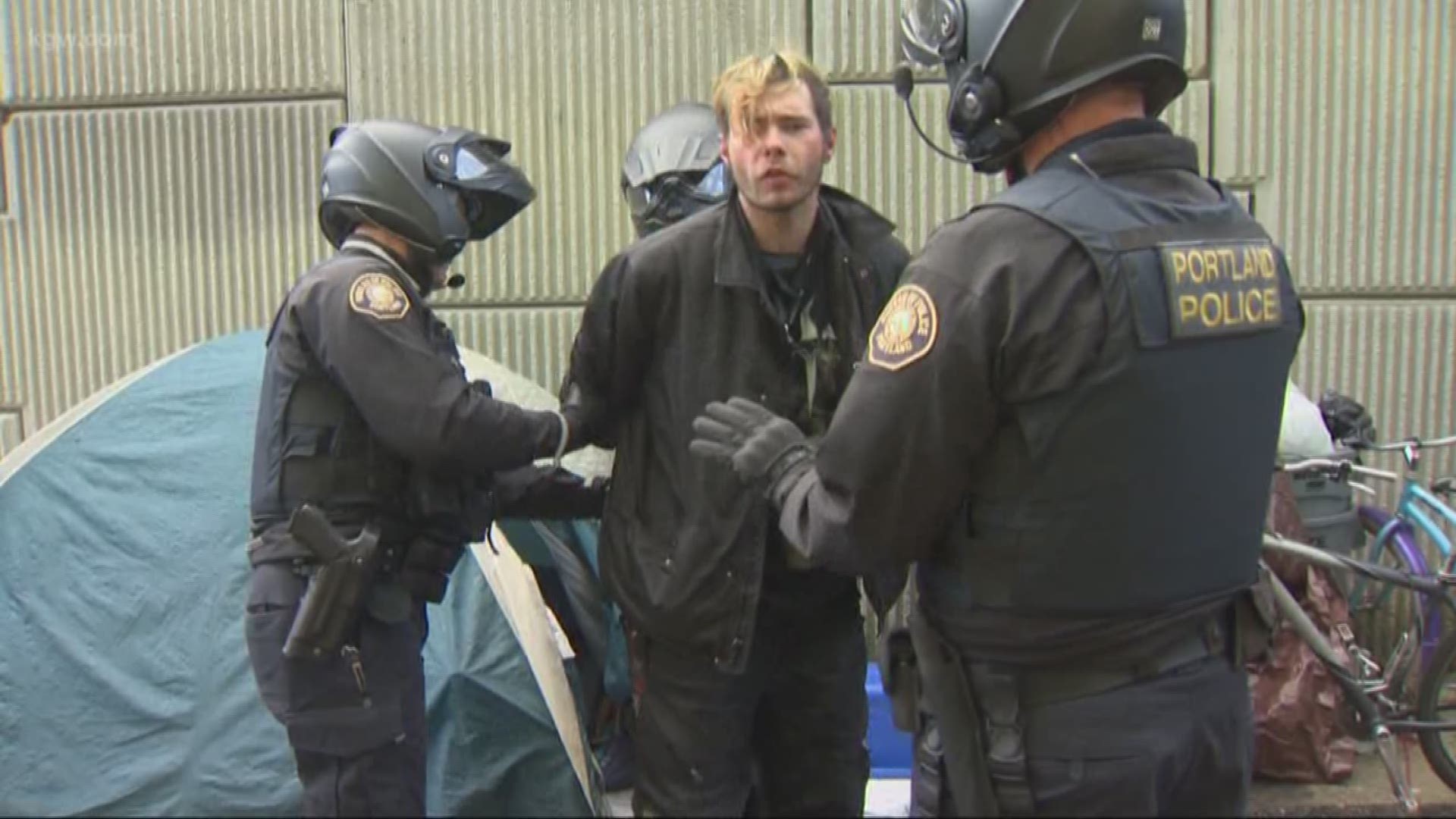 PORTLAND, Ore. -- On small, blue ATVs with “POLICE” emblazoned on the back, close to half a dozen Portland police officers out of the bureau’s east precinct rode the Interstate 205 multi-use path, the Springwater Corridor and other hotspots for homeless campers.

They stopped at every tent, asking people if they needed medical care, offering copies of the Street Roots Resource Guide, running names and, if needed, finger prints to check for active warrants.

By noon, they’d raked in more than half a dozen arrests.

“There’s a wide spectrum,” Sgt. Randy Teig said of the crowds they encounter on patrol. “There are people who have financial difficulties caused by numerous things, and there are people out here who are criminals…we're getting the criminals off the trail, and then social workers are out here working with the other people.”

KGW met officers at around 8 a.m. near Southeast 92nd Avenue and Mount Scott Boulevard. Minutes later, they made an arrest.

The man’s parole officer in Clackamas County was looking for him. His girlfriend was beside herself.

“It’s a trap. It’s a game to get as many people in a contained area as they can,” she said.

A friend of another person arrested shared a similar sentiment. The woman said her friend has a prior conviction for theft and struggles with mental illness.

“Is this necessary? All for what? We didn’t do anything,” she said. “It’s frustrating and overwhelming and it doesn’t have to be like this."

Police won’t release names or charges from today’s operation until at least Monday.

“We’re doing warrants. We won’t do new charges, nothing related to camping or anything like that,” Teig said.

These patrols lasted for 10 hours. Police didn’t tell anyone to pack up and leave. That’s up to the Oregon Department of Transportation and city crews, who may show up another day.