'This is an opportunity': Nonprofit steps up to turn Wapato Jail into housing for homeless

Helping Hands Re-entry Outreach Centers is hoping to raise enough funds so the facility can house close to 250 people and connect them with transitional programs. 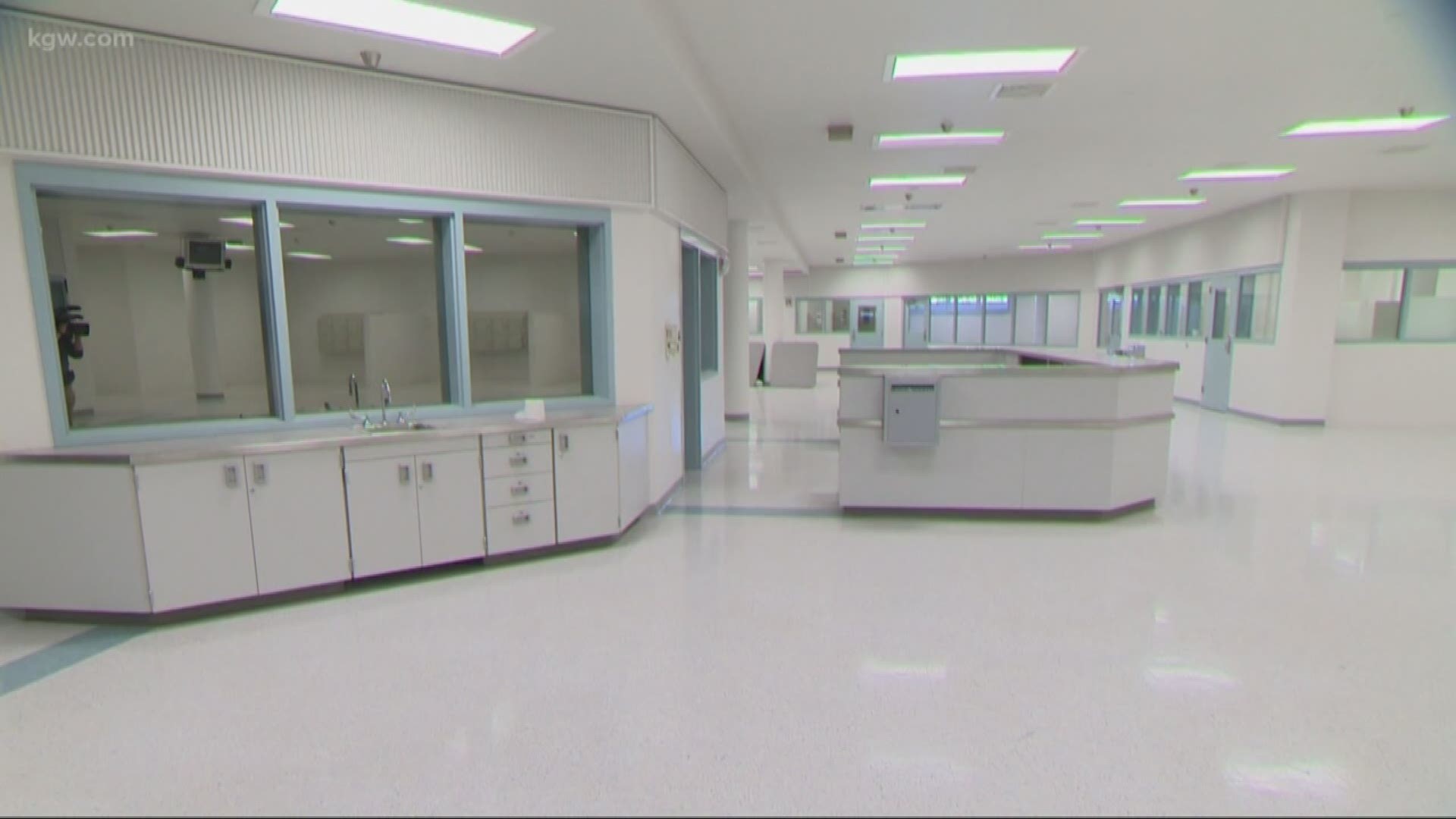 PORTLAND, Ore. — Despite his public assertions at a press conference in October that Wapato Jail was doomed for demolition, Portland developer Jordan Schnitzer on Friday said he never stopped looking for someone to help him turn the vacant facility into housing for Portland’s homeless.

Alan Evans is the founder and executive director of Helping Hands Re-entry Outreach Centers, a nonprofit that operates shelters and recovery centers on the Oregon Coast. Evans and Schnitzer are hoping to turn the never-used jail into program-based transitional housing center and rename it “Bybee Lakes Hope Center."

Evans estimates it would house close to 250 people, connecting them with recovery addiction services, job training programs and providing transportation to and from programs downtown.

He added he’s heard counter-arguments against using Wapato as a shelter of any kind. Those arguments have surmised that the facility, which is in North Portland, is too far from downtown and it's too expensive to operate: an estimated $1.6 million per year.

“I listened to interviews from people saying that it was too far from town or that we weren't close to a library or any of those things, and I'm here to tell you from my personal story that those were the farthest things from my mind,” he said.

Evans touched multiple times on his own experience of being homeless on the streets. Years ago, he said, a police officer helped him get treatment and turn his life around.

Now, he’s aiming to raise $3 million in 60 days, which he estimates is the cost of renovating the jail and one year of operating costs.

Schnitzer said that’s how long he’s willing to push back the demolition, adding he’ll cover a portion of the tab.

For the rest, Helping Hands is relying on private donations.

“I'll tell ya, I've been in a couple prisons in my life. This is not one of them. This is a building. This is an opportunity,” Evans said.

The facility has infamously sat empty since it was built by Multnomah County in 2004 for $58 million.