The tiny home community in North Portland is now slated to open the first week of February. 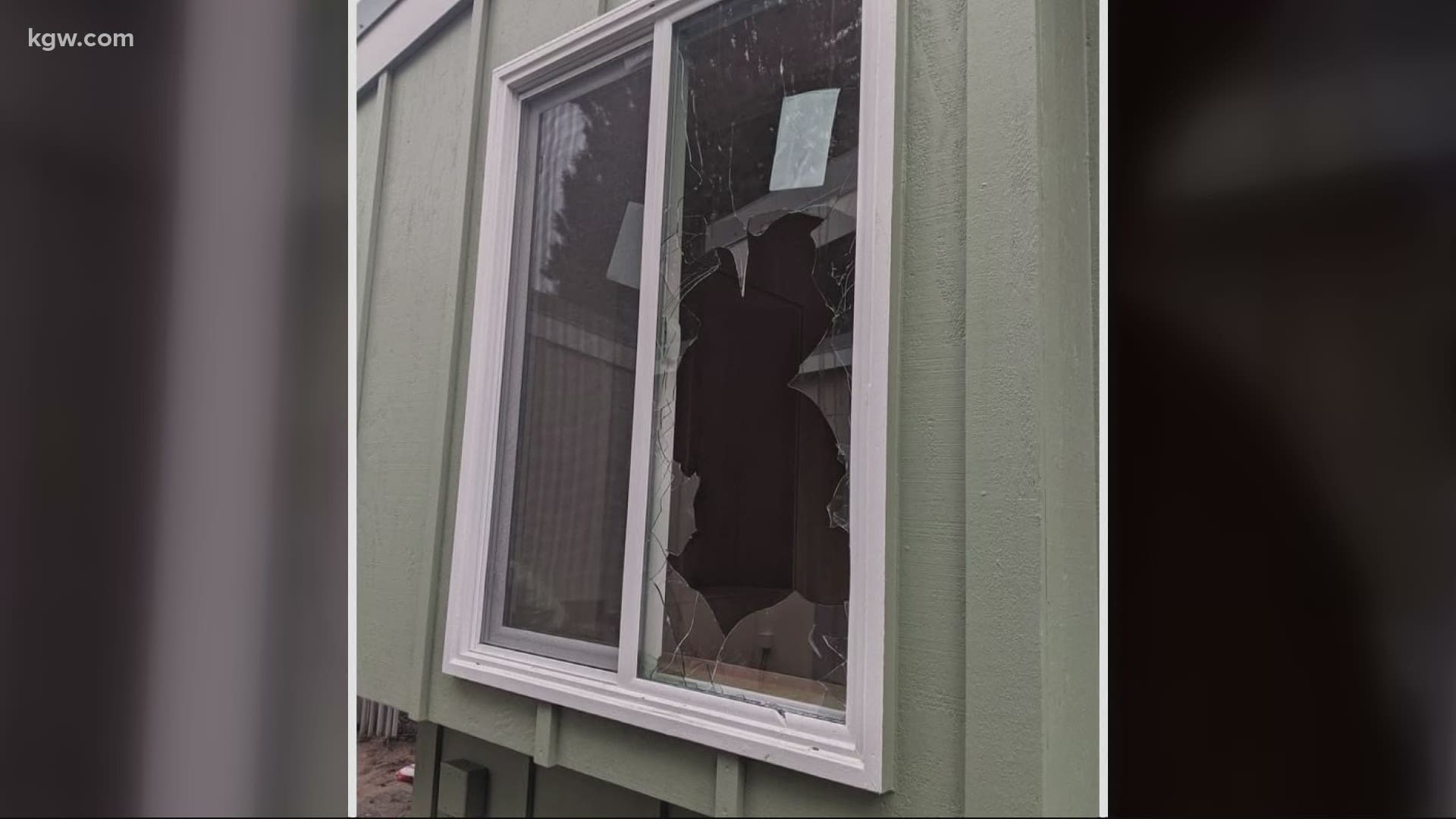 PORTLAND, Ore. — A new tiny home village is preparing to open in North Portland, which means shelter from the cold for several people in need. Organizers behind St. Johns Village had hoped to open this month, but they had some setbacks, including vandalism.

On the night of Dec. 18, or early the next morning, someone vandalized most of the 19 homes in St. Johns Village, breaking windows and damaging door frames. The Oregonian/OregonLive, which first reported this story, said the damage amounted to about $8,000. It happened right before volunteers had planned to do work on the homes.

“The good thing is, those volunteers were there and that frustration quickly turned into something positive,” said Denis Theriault, public information officer with the City of Portland and Multnomah County Joint Office of Homeless Services. “They were there to help.”

The Joint Office of Homeless Services gives funds to Do Good Multnomah, the nonprofit which runs St. Johns Village. St. Johns Christian Church leases the land to them. With so many people involved, it's no wonder few even heard about the damage.

“We got over it pretty quickly,” said Theriault. “I think that was the amazing thing. We had folks bringing donuts and their paint brushes and we just got the work done.”

That was just the first setback. MODS PDX, the company that built the tiny homes, had their own unexpected delays finishing a kitchen and bathroom for the village. Theriault said it should all be ready the first week of February.

“Not much of a delay, just a couple of weeks, but we want folks to have the best experience as possible when they get there,” said Theriault.

When residents do move in, it will cap off a nearly two-year effort to create St. Johns Village and may serve as inspiration for other communities like it.

“No part of this city is spared from having folks suffer outside and we can make a difference for those folks in those pods,” said Theriault. “That's really exciting and something we haven't been able to do enough of, up here.”

Neighbors of St. Johns Village formed a group called St. Johns Welcomes the Village Coalition. They’re looking for people to join them in supporting their new neighbors with supplies and volunteerism, before and after residents move in.