The city council passed the new law last month, while approving funding for 140 new shelter beds. Unfortunately, those beds will not be available until the new year. 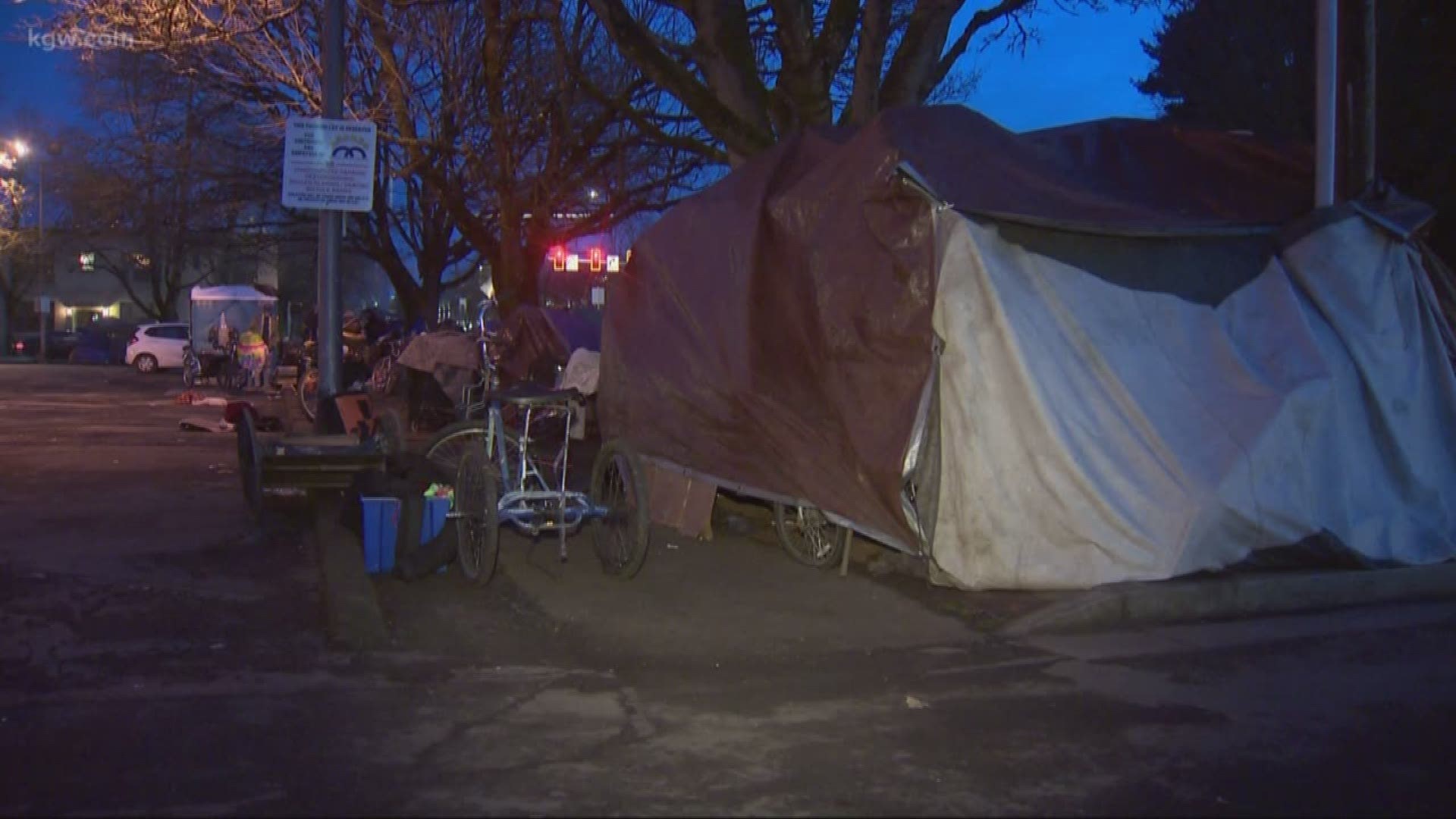 SALEM, Oregon — Camping on sidewalks and other public property and leaving property unattended is now banned in Salem.

The city council passed the new law last month, while approving funding for 140 new shelter beds. Unfortunately, those beds will not be available until the new year.

James Wilbur has been living on the streets for nearly a decade. He says the ordinance unfairly targets him and other homeless people.

"I don’t like the idea that again,  we’re being pushed from one place to another," he said. "Where the hell are we supposed to go. We got booted out of Wallace (Marine Park), we’ve been booted out of every places where we’ve landed."

A woman's shelter has opened in time for the ban.

The ban was passed after a hearing in November that drew a number of speakers.

“No one should have to clean up somebody else’s waste and trash in the morning” said a woman speaking on behalf of the Salem Main Street Association. “They shouldn’t have to endure expensive repairs because they chose to put their business downtown.”

The council stopped short of trying to enact and law that prevented sitting or lying on public property.