'I only see it getting worse': Rise in homelessness evident at Portland's Delta Park

People had different theories behind the spike in camping at Delta Park. Most were predictably tied to the traumatic events of 2020. 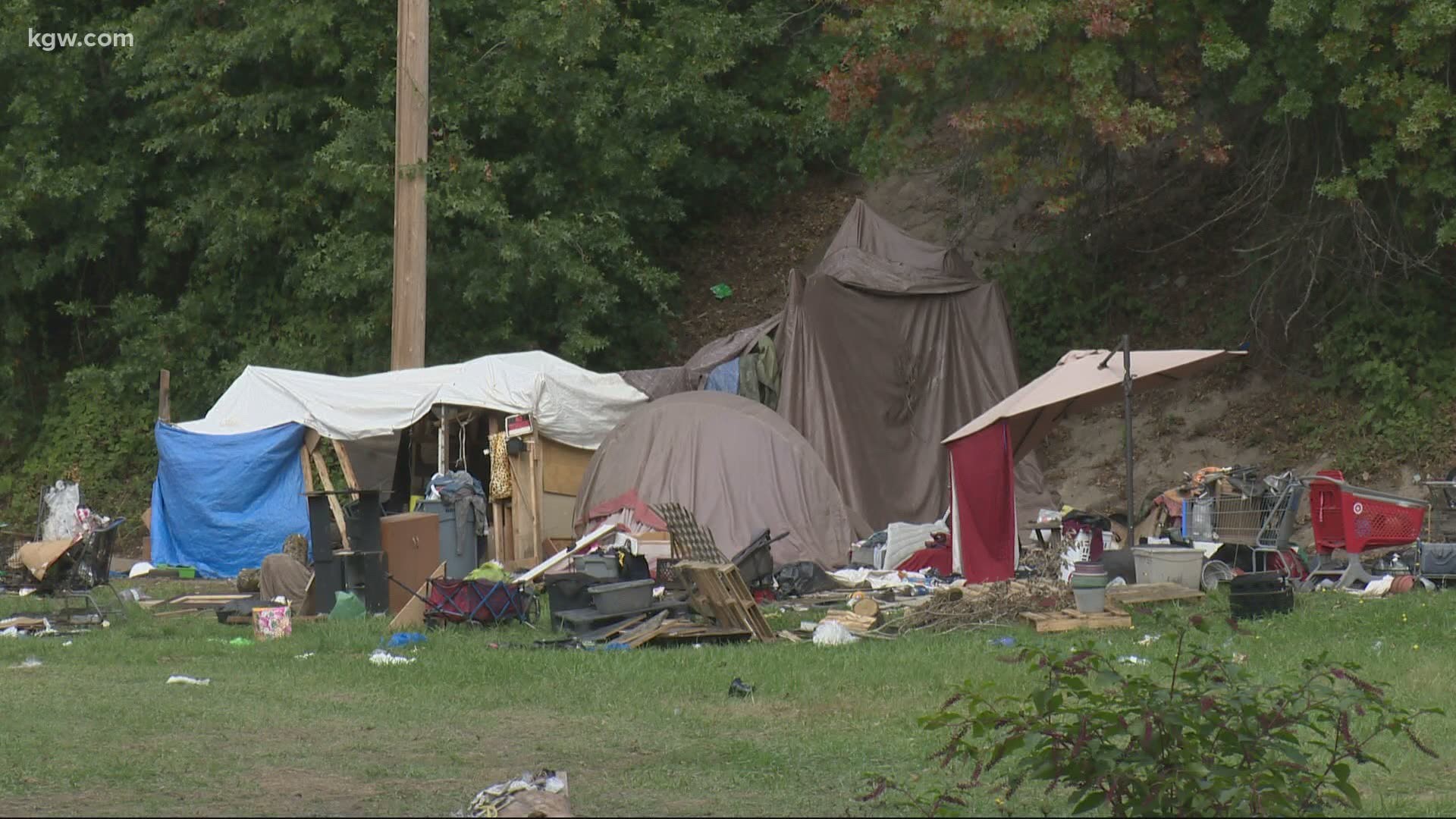 PORTLAND, Ore — Driving along the edge of North Portland’s Delta Park, the tents, tarps and RVs go on and on.

While there’s no official count, Jennifer Talbott believes the number of people putting down roots around the park is sky-rocketing.

“I meet new people probably every day,” said Talbott, who’s been homeless for three years. “I hear new names. I'm like ‘Who's that?’”

KGW visited Delta Park Monday after a viewer wrote in, bewildered by the apparent spike in campers in the area. The scene is a start contrast to an August, 2016 piece showing a few dozen RV’s, which the city had ordered to leave the park.

A woman interviewed at the time said getting help in Portland was next to impossible.

“If I don't look like I haven't washed in a month, and I don't have a drug problem, then they really don't care,” she said.

Since 2016, statistics show the Portland area’s housing crisis has only grown. According to a 2019 Point in Time Count, more than 2,000 people are unsheltered in Multnomah County.

It’s the highest total that’s ever been recorded.

A poll conducted by OPB and released this week names homelessness as the top concern among Portland-area voters.

Monday, people had different theories behind the spike in camping at Delta Park.

Most were predictably tied to the traumatic events of 2020: the pandemic, subsequent historic unemployment and communities ravaged by wildfires. Add those elements to an already taxed system, Talbott said, and this is what you get.

“We try to make an appointment at the licensing place. You can be months out,” she said. “Or doctors' appointment, a dentist appointment.”

“The CDC says ‘Stay put’, and the sheriff says ‘You gotta move,’” he said.

Lawson came to Portland from Vancouver in March after Clark County Commissioners adopted a series of parking restrictions aimed at cracking down on RVs and trailers parked on public roads.

Lawson, who lives in his RV, believes he’s one of many who came to Delta Park as a result.

“Where do we go?” he said. “And I only see it getting worse with everybody not being able to work and stuff.”

Since the pandemic began the city of Portland has pulled back from clearing camps, reserving the practice largely for those that present clear risks to public safety.

Both Portland Mayor Ted Wheeler and his opponent in next month's election Sarah Iannarone are pledging to add more affordable housing and shelter beds.

For now, volunteers are delivering donations as much as possible.

Crews from Cascadia Behavioral Health and the Salvation Army handed out bags of food and supplies on Monday.