Right 2 Dream Too, city agree on move to new location

PORTLAND, Ore. – After a years-long battle, the city of Portland and representatives of a prominent homeless camp have agreed to move the camp out of downtown to a new location on the city's East Side. 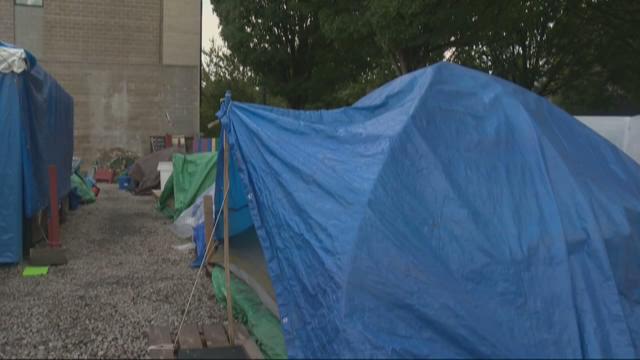 PORTLAND, Ore. – After a years-long battle, the city of Portland and representatives of a prominent homeless camp have agreed to move the camp out of downtown to a new location on the city’s East Side.

Right 2 Dream Too will move to a site between the Moda Center and Willamette River. The property, which is owned by the Portland Bureau of Transportation, is a paved parking lot at the west end of North Holladay Street, where Thunderbird Road and Crosby Avenue meet, according to a press release from Mayor Ted Wheeler’s office.

The camp will move from its current location, at 4th Avenue and West Burnside Street, within 60 days and will remain at the new site for up to two years.

“We are aware of the recent agreement to temporarily move Right 2 Dream Too to a plot of land owned by the Portland Bureau of Transportation, adjacent to the Rose Quarter," the Rose Quarter said in a statement. "We are working closely with city officials to ensure that this decision has minimal effect on our events and the surrounding neighborhood.”

Multiple attempts to move the camp from its downtown location have failed over the years.

"Three times we found a reasonable relocation site and three times we were turned away by individuals, businesses and organizations who, out of ignorance and fear, refused to accept our presence, even as we committed to continuing to be good and safe neighbors," said a Right 2 Dream Too press release.

“Solutions around locating R2DToo have eluded the City for years, and it was unclear if this time would be any different,” said Mayor Wheeler in a press release. “I want to thank the residents and representatives of R2DToo, Commissioners Fritz and Saltzman, and our respective staffs for sticking with it. Their dedication to collaboration and problem solving made all the difference.”

Right 2 Dream Too has a grant through Ride Connection which helps residents travel to social service providers, a spokesperson for the camp said.

“We’re keeping our fingers crossed but we believe this time it’s going to work out,” said Right 2 Dream Too co-founder Trillium Shannon.

Wheeler’s spokesman, Michael Cox, says the city and Right 2 Dream Too leaders will work together to find a long-term solution. 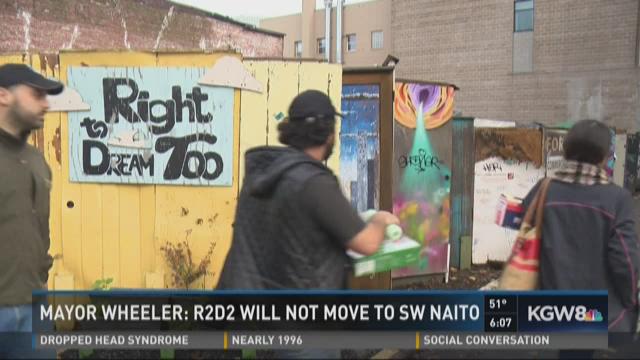