The new location, a 4,000-plus square foot warehouse in NE Portland, is much larger than the current space, a 1,000-square foot house in SW Portland. 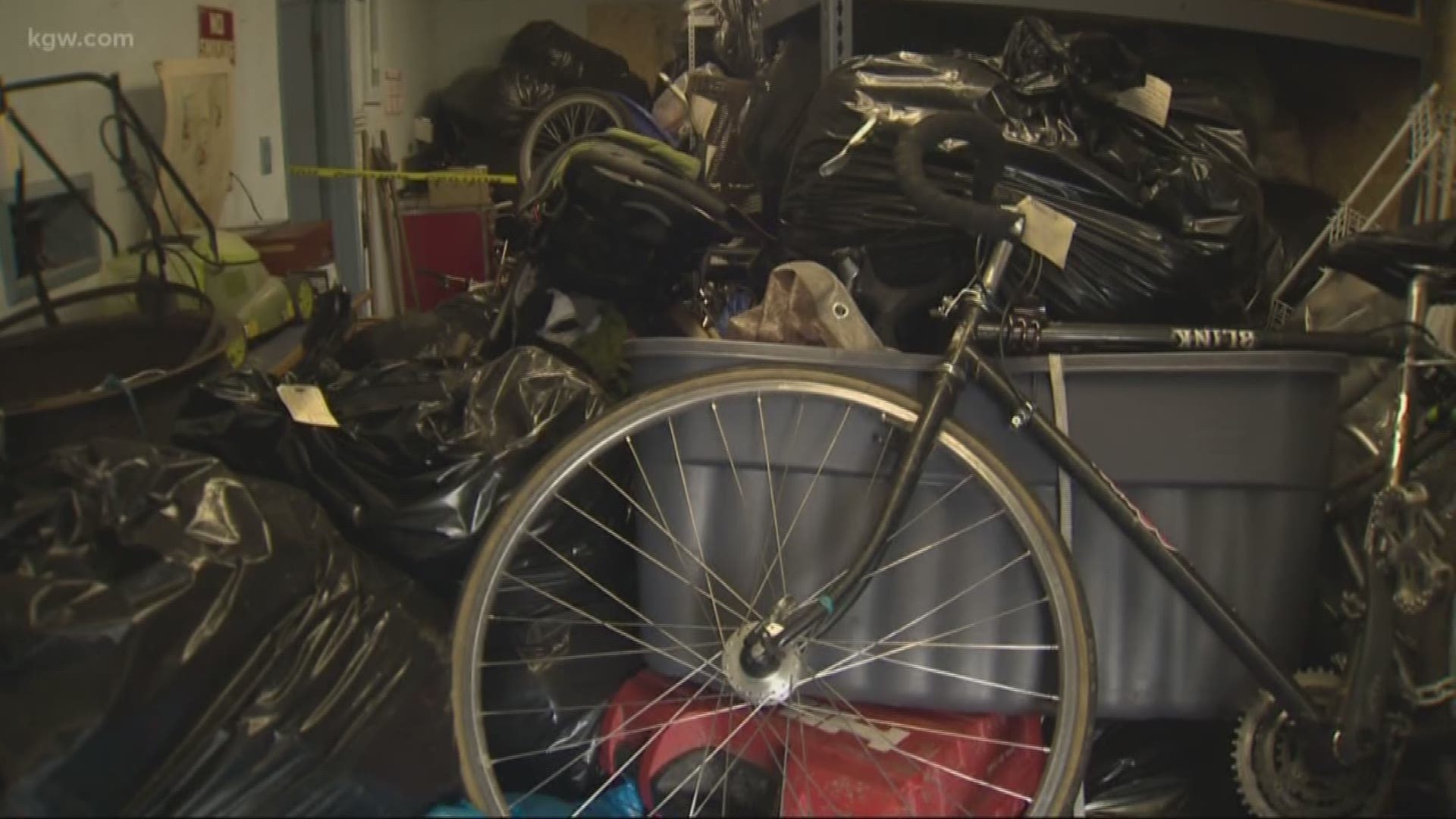 PORTLAND, Ore. — The process by which a homeless person in Portland retrieves their own tents, clothes, backpacks and other belongings confiscated and stored when campsites are cleared is about to get easier, thanks to a unanimous vote at Wednesday’s Portland City Council meeting.

Council members voted 5-0 in favor of leasing a privately owned 4,000-plus square foot warehouse near Northeast 24th Avenue and Holladay Street, which will replace and dwarf the space that currently houses stored possessions.

That space, a blue 1,000-plus square foot house owned by the Portland Water Bureau, sits near Southwest Barbur Boulevard and Taylors Ferry Road.

On the KGW News app? Tap to view photo gallery

1 / 5
The new storage space for homeless campers' belongings, on Northeast 24th and Holladay. After a Portland camp is cleared, the city will keep any possessions collected here for 30 days so campers can retrieve them. (Photo: Maggie Vespa, KGW)

Currently less than 10 percent of campers retrieve their items. The rest, staff members confirm, end up in the dump.

He said he’s never retrieved any possessions collected when camps are cleared.

“One, I didn't know where it was at, and I heard they just threw it away, which is really stupid,” he said.

The new space, they point out, is closer to downtown and other camping hotspots. It’s also more accessible by public transit.

The new lease for more than $36,000 a year is roughly four times the current one, with the money going to Bristol Equities, Inc.

Staff members hope to install shelving and other storage equipment immediately and move in as soon as possible.

“This is a very vulnerable population,” said Mayor Ted Wheeler, after Wednesday’s vote. “Frankly if we're collecting somebody's jacket and somebody's shoes, I want to return those items as quickly as we possibly can. And not only is it the law, I just think it's the right thing to do.”