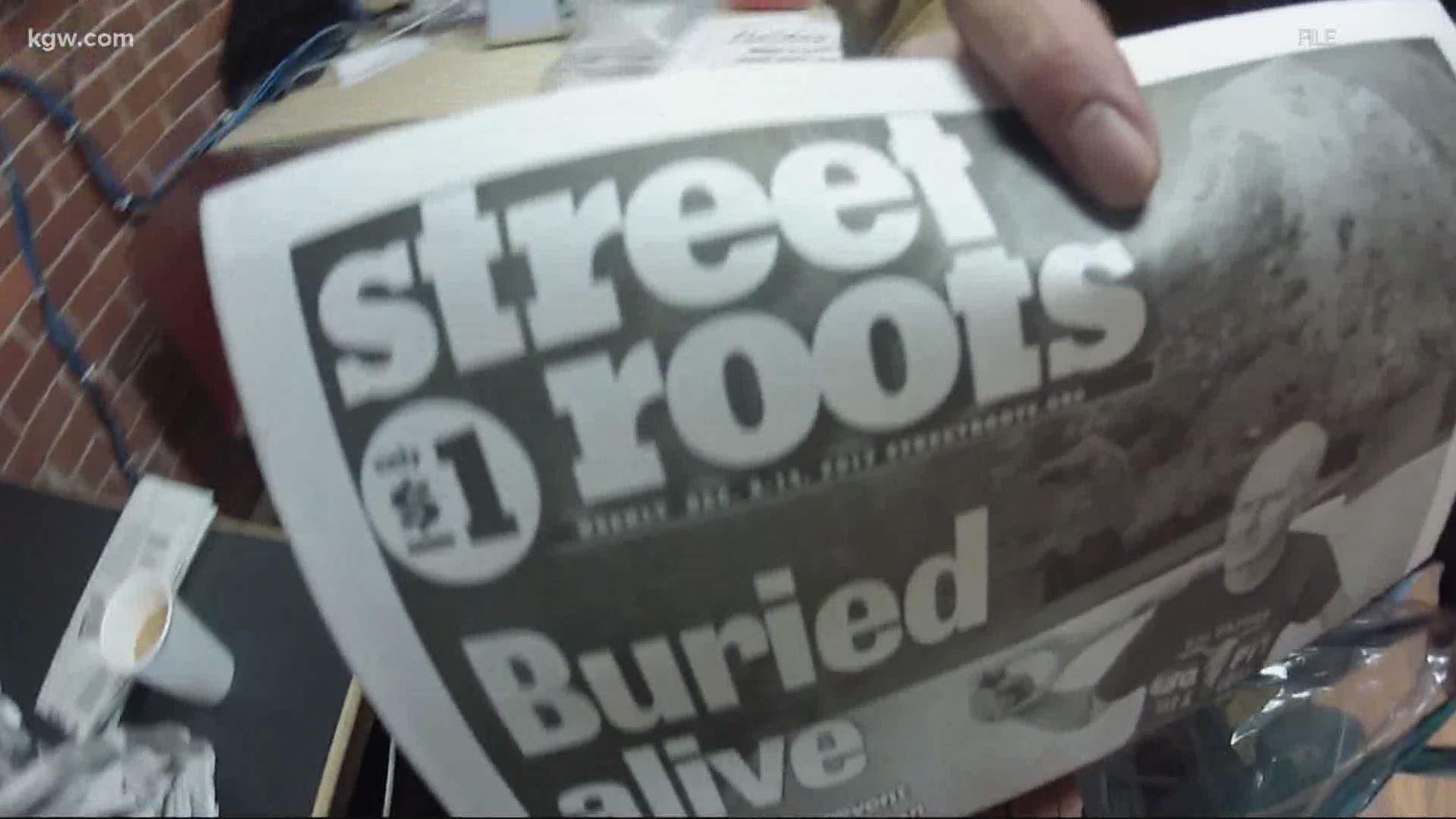 Back in March, for the first time ever, staff suspended their famous routine of having vendors stand on street corners and sell physical copies for $1 each. Amid the COVID-19 pandemic, they felt it was too dangerous for both the vendors and their customers.

On Wednesday, executive director Kaia Sand said the shift has been a struggle in several ways.

“It's been an extraordinary time of transformation and hustle,” she said. “We immediately had to figure out how to make sure we were still getting income to [vendors] because usually they'd be earning income selling the paper.”

Staff started an action team among their vendors, she said. Those who participated were able to earn some money, though it hasn’t matched what they made selling papers.

The team focused on getting information and supplies, like masks and gloves, to people living on Portland’s streets.

“Then vendors started signing people up for the $1,200 stimulus checks. We got over 200 people signed up for that. So that's like $240,000 into the pockets of unhoused people,” said Sand.

He said the hit has been daunting for vendors.

“But I'm grateful for what I get, at the same time, because I could be one of these people that are out here that aren't getting anything," he said.

“Like I have someone usually serving coffee, I'll have someone doing social distancing outside, making sure people are six feet apart,” he said.

Sand said there is, hopefully, light at the end of the tunnel. As counties open up, Street Roots staff are planning, tentatively, to start printing and selling physical papers again.

As for the losses endured in the meantime, Sand acknowledged the paper, which is a registered nonprofit, could use help.

“I would say that we really need the largess of the community,” Sand said. “So please do support Street Roots, both to be able to run our paper and to get money directly to unhoused people. That said, you know, we are resourceful, so I'm not concerned.”