The proposed location at Southeast 45th and Harney sits on a flood plain, something the city admits it did not check before announcing it as a site. 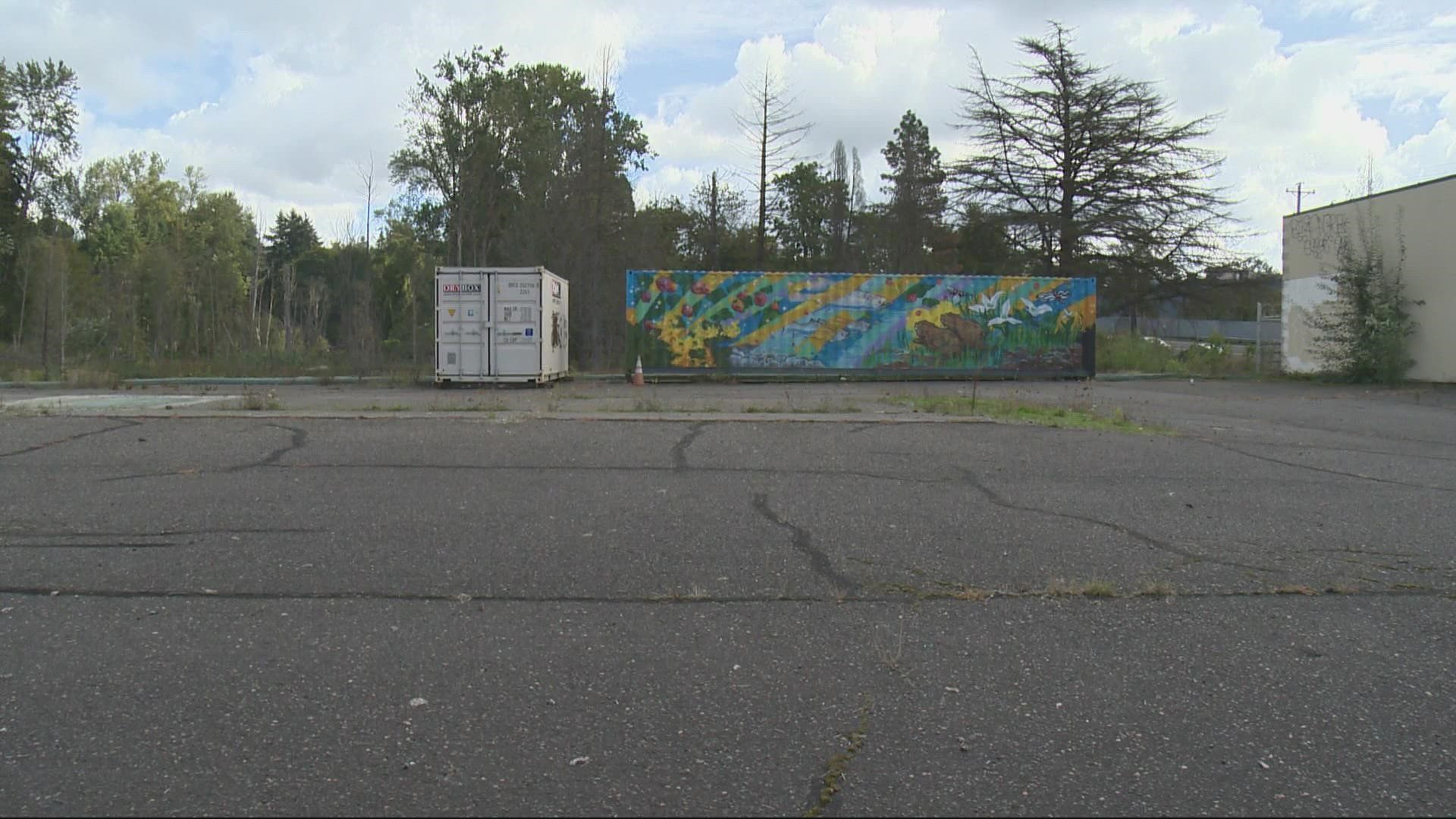 PORTLAND, Oregon — Last week, Portland city leaders announced three of the six sites where they planned to build organized, sanctioned camps for those experiencing homelessness  Now, the city has pulled one of those sites after they discovered it sits on a flood plain.

The lot in question is at Southeast 45th and Harney, not far from the Springwater Corridor. It sits at the bottom of a large hill and is next to wetlands.

The city admits no one checked to see if the lot was in a flood plain before publicly announcing it as a site for Safe Rest Villages.

Neighbors, including Steven Johnson, could not believe the site was picked in the first place and is floored that no one thought to check.

“I’ve worked in underwriting for commercial projects for a while now and flood searches is one of the first things you want to do," he said. "They're not expensive and the FEMA records are really clear on where there are flood plains."

"Just looking at where they'd drawn the box on the map – I thought, 'Well isn't about half of that under water?'" he laughed.

The location is not the only thing the city bungled, according to neighbors KGW talked to. The city also failed to communicate with them, said Johnson.

“Probably the most upsetting thing was there was no effort at communicating to the neighborhood about it. There was no buy in — they didn't brace me for it,” he said.

Portland City Commissioner Dan Ryan is in charge of the Safe Rest Villages project. KGW requested to talk with him about the mistake in picking the location despite it sitting on a flood plain, but was told he is not available Wednesday or any day for the rest of the week.

His office offered a written statement instead, stating the commissioner is disappointed and moving on with the project.

In the meantime, some question whether it matters that the lot is in a flood plain. A drive along Southeast Foster Road past 112th Avenue, also in a flood plain, shows there are a few vehicles used by the homeless who appear to be living in the area.

Some people KGW talked to feel like the city has lost its way and is now stumbling through the dark, including cyclist Richard Younce who often rides in the Springwater area.

“The whole issue of all these camps and where to put them and how to fund it and what to do — I don't think it's ever going to get resolved,” he said.