Under a new law, the City of Portland can clear homeless camps from Oregon Department of Transportation land in as little as two days. 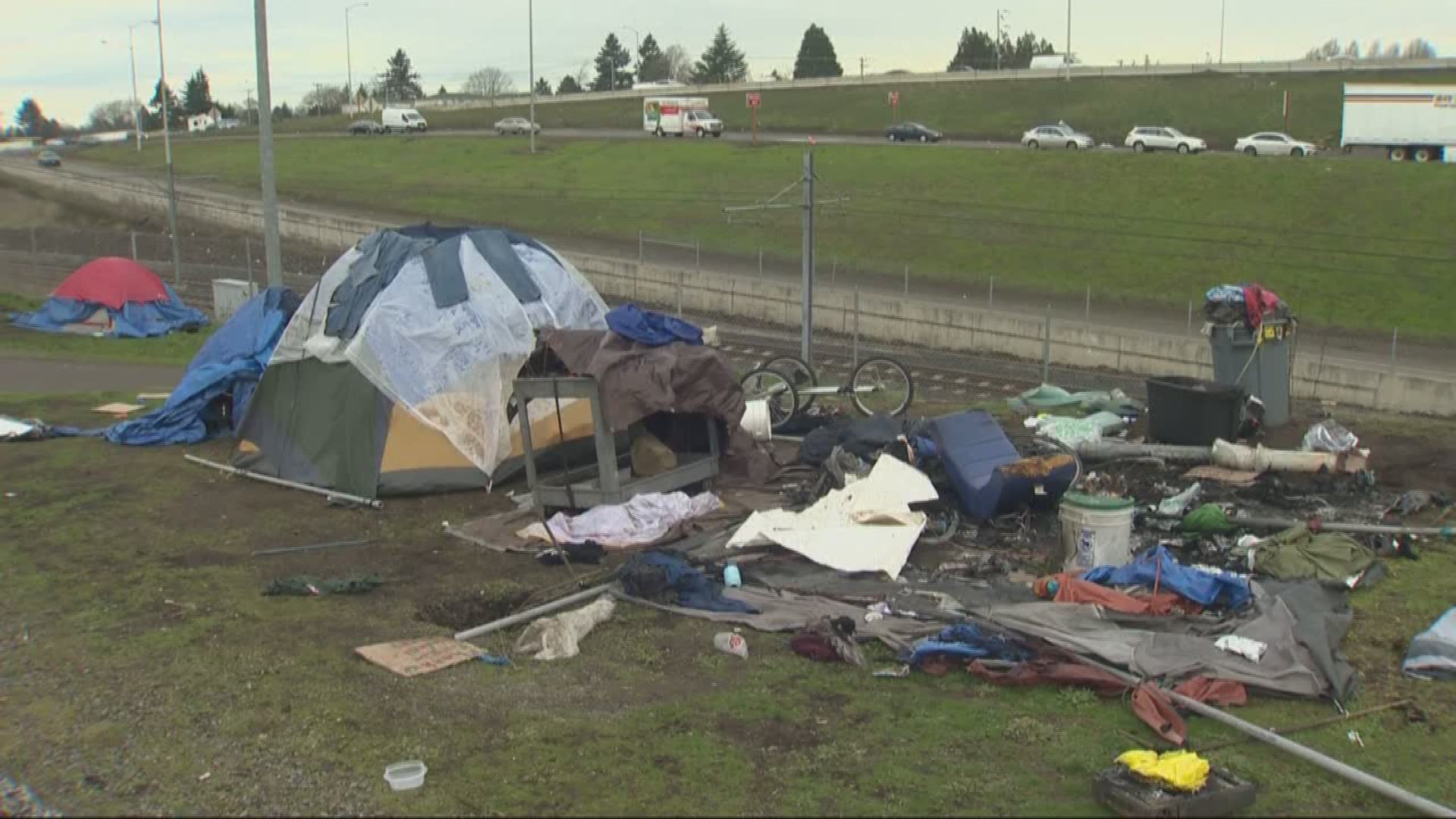 Staff with Portland’s Office of Management and Finance on Wednesday sent out their regular, weekly list of homeless campsites they plan to clear. And for the first time, it included properties owned by the Oregon Department of Transportation.

The change comes courtesy of a new law, effective Jan. 1, that gives the city jurisdiction over ODOT land, and lets crews clear camps in as little as two days, as opposed to ODOT's court-mandated 10 days.

The list of ODOT properties to be cleared in the first week of the new year include three pieces of land along the Interstate 205 multi-use path. They exist between Burnside and Glisan, at 97th and Burnside, and at Southeast Pardee Street.

In that report, staff wrote they got 325 complaints about homeless campsites this week. Seventy-two had to do with camps on ODOT land.

Staff from Mayor Ted Wheeler’s office declined interview requests on the law’s implementation Wednesday. But staff with the city’s Office of Management and Finance, which runs the One of Point of Contact System, said the city planned to make the shift slowly and help as many campers as possible find help before they move.

Tap here for map of One Point of Contact campsite reports