Portland police will not cite homeless for sleeping on streets, citing court ruling

In a nearly 40-page decision, nearly Ninth Circuit US Court of Appeals ruled a city cannot prosecute homeless people for sleeping on the streets, if they have nowhere else to go. 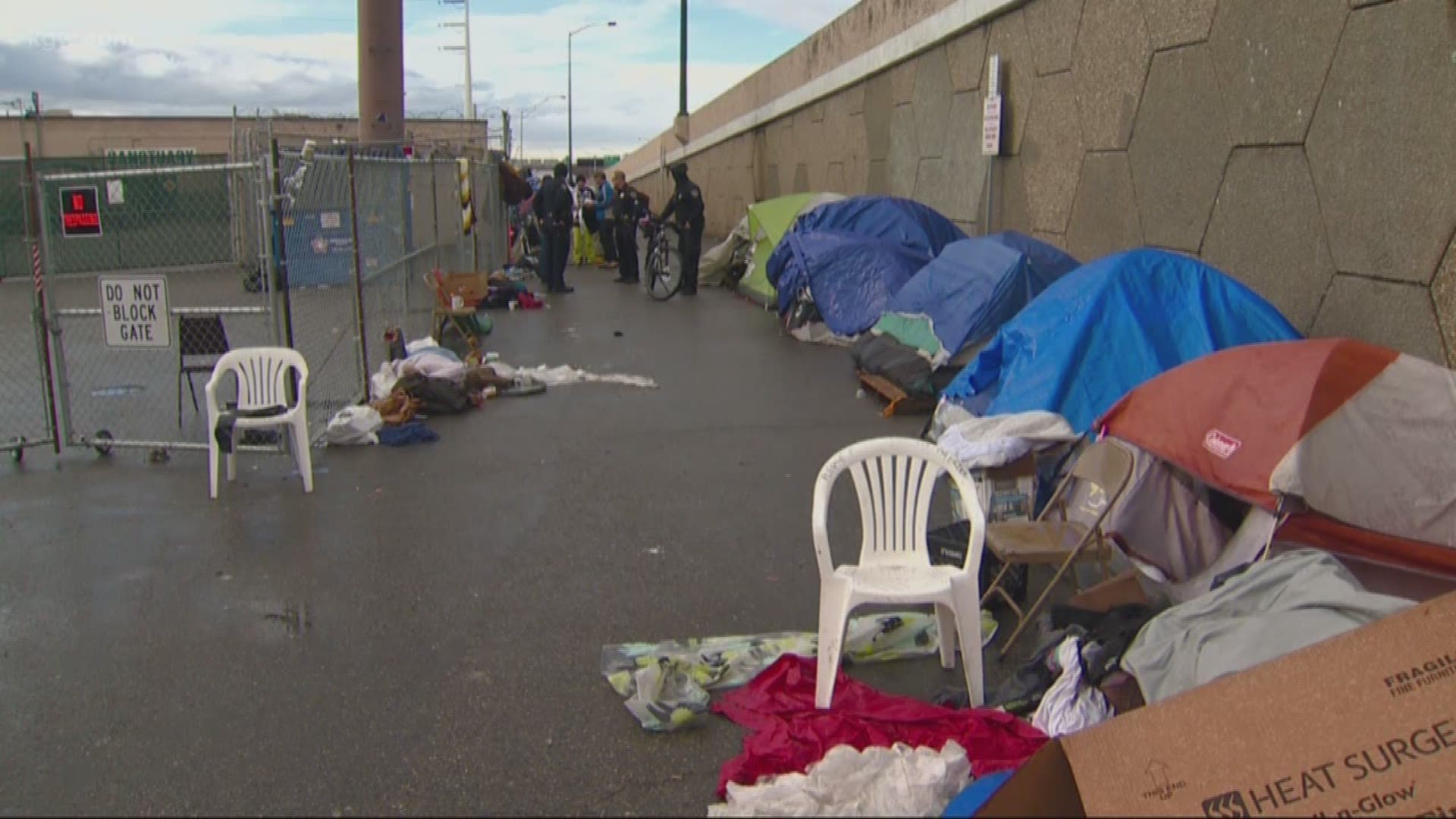 PORTLAND, Ore. — As attorneys and other staff in cities up and down the West Coast are combing through a federal appeals court ruling issued this week to figure out if and how it impacts their local laws, Portland police say they will not cite homeless people for sleeping on the streets.

In a nearly 40-page decision, nearly Ninth Circuit US Court of Appeals ruled a city cannot prosecute homeless people for sleeping on the streets, if they have nowhere else to go.

The decision stems from a 2009 lawsuit out of Boise, Idaho, where six homeless people sued the city after police ticketed them for sleeping outside, even though local shelters had turned them away.

A judge, citing the Eighth Amendment, wrote jailing or fining a person under those circumstances violated their Constitutional right to avoid “cruel and unusual punishment".

“As long as there is no option of sleeping indoors the government cannot criminalize indigent homeless people for sleeping outdoors... on the false premise they had a choice in the matter,” he wrote.

The East Coast-based lawyers who represent those six people call this ruling "historic".

“The big takeaway is that at this point no city should be looking to the criminal justice system to address its social service failings,” said Eric Tars, senior attorney with the National Center on Homelessness and Poverty.

Thursday afternoon, in Northwest Portland, two homeless men sat on the ground, leaning up against each other. They slept through the noise of a busy construction site, just across the street.

“You get exhausted sometimes and you're not responsible. You're just going to fall asleep,” said Benjamin Rodriguez, who was camping on the sidewalk nearby.

Rodriguez said the ticket was for erecting a tent on a public right of way.

Nikki, who didn’t want to give her last name, was camping nearby. She said people worry they’ll be fined for having as little as a sleeping bag.

“We don't issue citations for being homeless,” he said, in response to a question about his reaction to the decision. “We don’t arrest people for homelessness… There is no code, there is no law that makes homelessness a crime in the city of Portland.”

A reporter pushed back pointing to a Portland city code called “Camping Prohibited on Public Property and Public Rights of Way”, which says a person who sets up any bedding, sleeping bag, or other sleeping matter could be fined up to $100 or spend 30 days in jail.

The Mayor responded, saying calls to any concerns about homeless camps or campers go through a system.

The city's One Point of Contact reporting system "prioritizes those calls based on public safety, based on the environment,” he told reporters. “They can go and they can post those camps and then they can move those camps if required… During that 48 hour posting period they try to get people into shelter or into a friend's house or into some other situation than sleeping outside in public.”

"In light the United States Court of Appeals for the Ninth Circuit ruling regarding Martin V. City of Boise, the Police Bureau is not citing people for PCC 14A.50.020," said Portland police Sgt. Chris Burley.

Sgt. Burley added a preliminary search of the Bureau’s records show officers issued a total of one citation under that code in April 2018, and three in all of 2016.

He said officers typically respond to camps, only to address other, related issues such as public safety, open drug use and sanitation. In those circumstances, he said, police cite people under codes related to those offenses.

In general, Mayor Wheeler Thursday had this to say about the federal court decision.

“So, I don't think the Boise ruling has that much of an impact,” he said.

In Beaverton, a city whose public schools have the largest population of homeless students in Oregon, officials gave found a more measured answer.

“The decision is just two days old,” said spokesperson Holly Thompson. “Our legal team has taken a really close look at it.”

They’re doing that in light of Beaverton’s new car camping ban, enacted in June. It gives people caught sleeping in their car 72 hours to move it. If they don't, they'll be fined $100 or spend up to 30 days in jail.

A spokesman for the police department said the ban was needed.

Campers were stunned when the ordinance passed.

“You’re talking about changing people who are in their 50's set in their ways on drugs. Good luck,” said one man, camping in his SUV.

In light of Tuesday’s ruling, the ban is being examined again because, just like the Boise campers who had nowhere else to sleep, people here have nowhere free to park.

City reps see the parallel and say they're working to fix it.

“One of the things that we're trying to do is launch what we're calling a safe parking program… to allow camping on private business owned property,” said Thompson.

Officials say the city started planning for that program this week with the goal of rounding up willing businesses or nonprofits to host up to half a dozen cars each.

They hope to have it up and running early next year.

In the meantime, they'll keep enforcing the camping ban with the goal of avoiding ticketing people. That, said Officer Shaw, requires police act as social workers.

“We want to help folks find stable housing. and if there is a barrier to that, whether that be financial issues, or drug and alcohol issues, whatever barrier that may be, our focus is trying to get them the resources they need to break through that to find stable housing,” he said.

KGW reached out to other cities in the Portland metro area.

“We’re studying the ramifications of the decision but the City of Gresham remains 100% committed to ensuring the livability and safety of our community for all of our residents.”

“We don’t currently have a sit-lie, or sidewalk-camping ordinance, so there is no impact in Salem currently. Naturally we will keep this ruling in mind for any related policy discussions in the future.”