Lyndsi Henry, the Gresham mother of three that KGW followed through the program, stepped away after eight weeks but said she hopes to finish later. 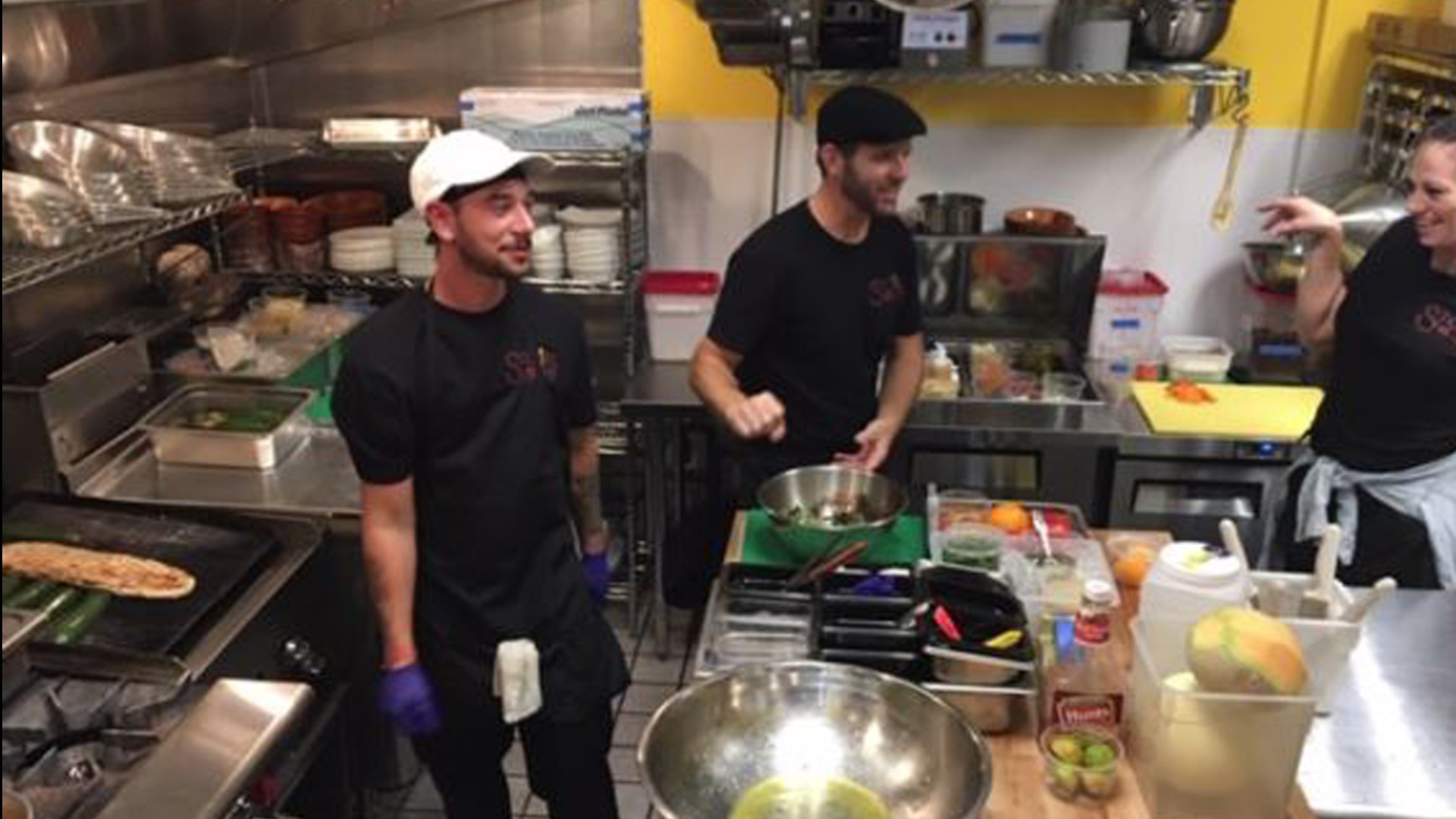 PORTLAND, Ore. — Old Town District in Downtown Portland is the perfect representation of where our city is at right now. You have smartly dressed business people, paying thousands in rent and hundreds for a meal, and they're walking right past those who are living on the street with neither of those things.

It's where Stone Soup opened up this summer. It's a nonprofit restaurant we've been profiling for months. They carefully choose a small group of people who are at-risk of or just transitioning out of homelessness, and then train them in every facet of the restaurant industry for 12 weeks. If they make it, they get an internship somewhere that'll lead to a job.

We've been following this first group since their first week together. Now, we've come to the end. Hundreds of sandwiches, salads and bowls of soup have been served by this crew. We watched them learn knife skills. We ate with them for family meal. And we followed along for catering gigs, meeting those in the business community who are supporting this Stone Soup program just by ordering lunch.

This group started as four, and quickly dwindled to three in the first month with one man deciding the program wasn't for him.

"We try to be as low-barrier as we can for bringing in program participants," co-owner Craig Gerard told us during our first interview back in August. "Our program participants rotate through all stations of the restaurant so they can touch each of those different places and figure out what works for them."

We focused on Lyndsi Henry, a single mom of three from Gresham. Her open and outgoing personality and her story drew us in from the start.

"I think that after having my daughter, I didn't get to deal with a lot of emotions behind my dad's death, and I think it really stemmed me into my addiction," Henry said in August. "I got into drugs and alcohol and ended up not making some very good choices in life and suffered the consequences later on."

Henry has food service and hostess experience. She even did it while wearing an ankle bracelet during the height of her recovery. Stone Soup was a way for her to beef up her resume and make contacts for a better job.

But wrestling three kids in the morning, and battling traffic from Gresham meant Henry was chronically late.

"It's just been really difficult given this experience with the Department of Human Services with my little child," she told us in our most recent interview in November. "Like the demands that they have that I have to follow for my little child, and then go to work and keep a smile on my face, and then be like, 'Oh, by the way, sorry I have to go right now.'"

While Henry's other members of her cohort, named John and Sean, both made their way through weeks 9 and 10 of the program, Henry took some time off to figure out her schedule. She planned to resume around Veterans Day.

In the meantime, she moved apartments from Gresham to a much larger, rental assisted unit in Southeast Portland.

"I lived with my soon-to-be ex-husband at the other place," she said. "So this signifies a new start. It feels both good and scary. I think that I struggled with that for awhile."

Lyndsi did come back to Stone Soup on Veterans Day, but only for two days. Upcoming court dates, and child custody appointments became too much to fit in around Stone Soup. And while the other two in the cohort have graduated and are in internships with lines on full-time jobs, even full-blown culinary school, Henry has put it on pause to find a job closer to her kids with afternoon hours so she can be on time.

"I definitely want to finish because that's important to me. It's important. I never have given up in life, so I don't want to," she said. "I feel like right now may not be the time, but it doesn't mean that I can't finish. And I made it very far and I learned so much and learned how to cook, which was crazy because I do not like cooking."

Support has been strong from our KGW viewers on Facebook, with more than 5,600 people keeping up with her story. People write in to say they don't know her but are so incredibly proud of her. Others say they're so impressed and call her inspirational.

But it was a woman named Sara Jones who is inspiring Henry to make plans to finish Stone Soup. Jones wrote, "Having known her since high school, I can say it is incredible to see her out of the darkness of her addiction, being present with her kids and shining bright at Stone Soup. Keep fighting, you have got this girl!"

Henry said that kind of support means a lot to her.

"The biggest thing that I was grateful for was to hear that support and know that there's people that I went to high school with that would care so much to, to write something like that," she said.

Stone Soup has learned a lot from their first cohort as well. Gerard and his wife learned that they need to take on more participants because there will be a large percentage that won't make it all the way through the 12 weeks, and that's OK, that's life. But the larger the group, the more success at the end they'll find.