'What would it take?': Report on homeless arrests sparks debate in Portland mayor's race

According to The Oregonian/OregonLive, people living on the streets accounted for more than 50% of arrests in Portland last year. 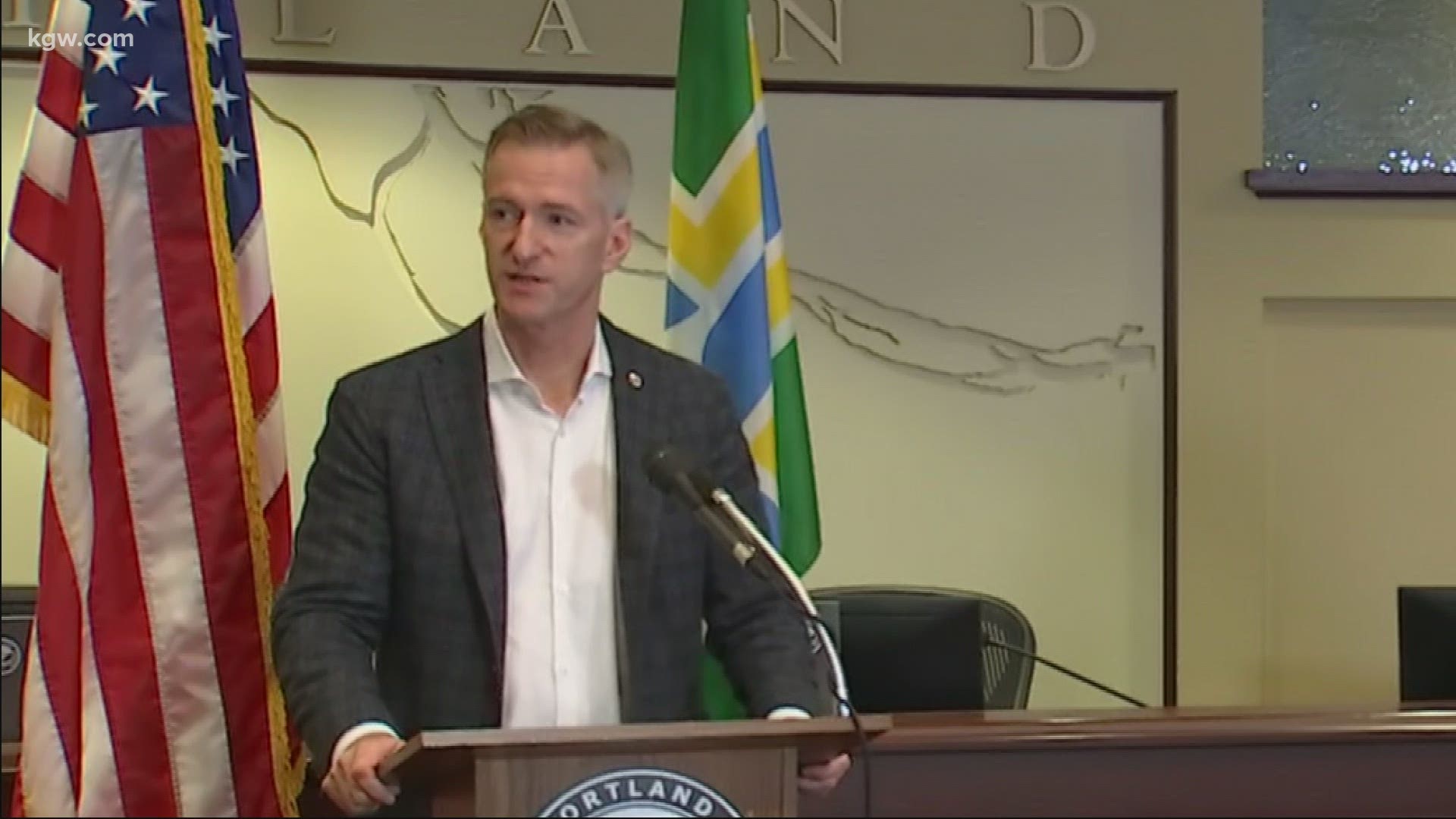 PORTLAND, Ore. — Of the thousands of people living on the streets of Multnomah County, many have stories about run-ins with police. Some of those stories involve actual crimes, like theft.

“Other people call the cops on you for no reason at all,” said Bernie Isroe, who recently moved into transitional housing after years living on the streets. “One person called the police on me and said I was smoking weed. I hadn’t even lit up a cigarette.”

Now, a new report shows the impact those run-ins continue to have on a mass scale. According to data analysis conducted by The Oregonian/OregonLive, in 2019 people living on the streets accounted for more than 50% of arrests and nearly 40% percent of jail bookings in Portland for the entire year. The newspaper's analysis also showed the arrest data had remained above 50% since 2017, with experts noting, among people arrested once in the last three years, those with homes were 30% less likely to be arrested again later on.

According to the last point In time count, conducted in 2019, people living on the streets of Multnomah County represent less than 1% of the overall population.

In a news conference Monday morning, Mayor Ted Wheeler said he was struck by the report.

“The data speaks for itself,” he said.

The crux of the solution, the mayor said, is more affordable housing. He called for government agencies across the metro area to consider "a moonshot."

“What would it take for us, in partnership with the private sector, to build 5,000 units of low-income housing in three years?” he said. “What rules, what regulations, what fees, what impediments could we just flat out eliminate?”

Wheeler admitted such a feat would drastically ramp up existing efforts to get people housed, but he argued his administration has made strides, placing 6,000 people into permanent housing last year, a record high.

Still, his opponent in next week's election isn't sold.

“Why he's waiting until two weeks before his reelection to talk about this when he's been the mayor since 2016 should be a huge red flag for voters,” Sarah Iannarone said in an interview Monday afternoon.

In an open letter to the mayor, Iannarone called for the incumbent to redirect millions of dollars from the Portland Police Bureau (PPB) toward housing, a plan first proposed by city commissioners Jo Ann Hardesty and Chloe Eudaly. The letter is online here.

The call to slash PPB’s budget comes after council cut $15 million from the bureau's budget this summer.

Iannarone argues Portlanders would rather see their money go toward getting people off the streets than policing, especially given the newly reported arrest data.

“He hasn't taken this seriously as he should have until now,” she said of Mayor Wheeler. “We should have had a strategy like this in place years ago.”

The mayor argued any further cuts to the police bureau's budget would impact safety, and this year is already setting a record for shootings. He's calling on the private sector for help in building new housing as fast as possible, especially as winter approaches, putting those sleeping on our streets at greater risk.