Officers found about 60 tents setup along the street and dozens of people camping outside of Share, a shelter there that provides services for the homeless. 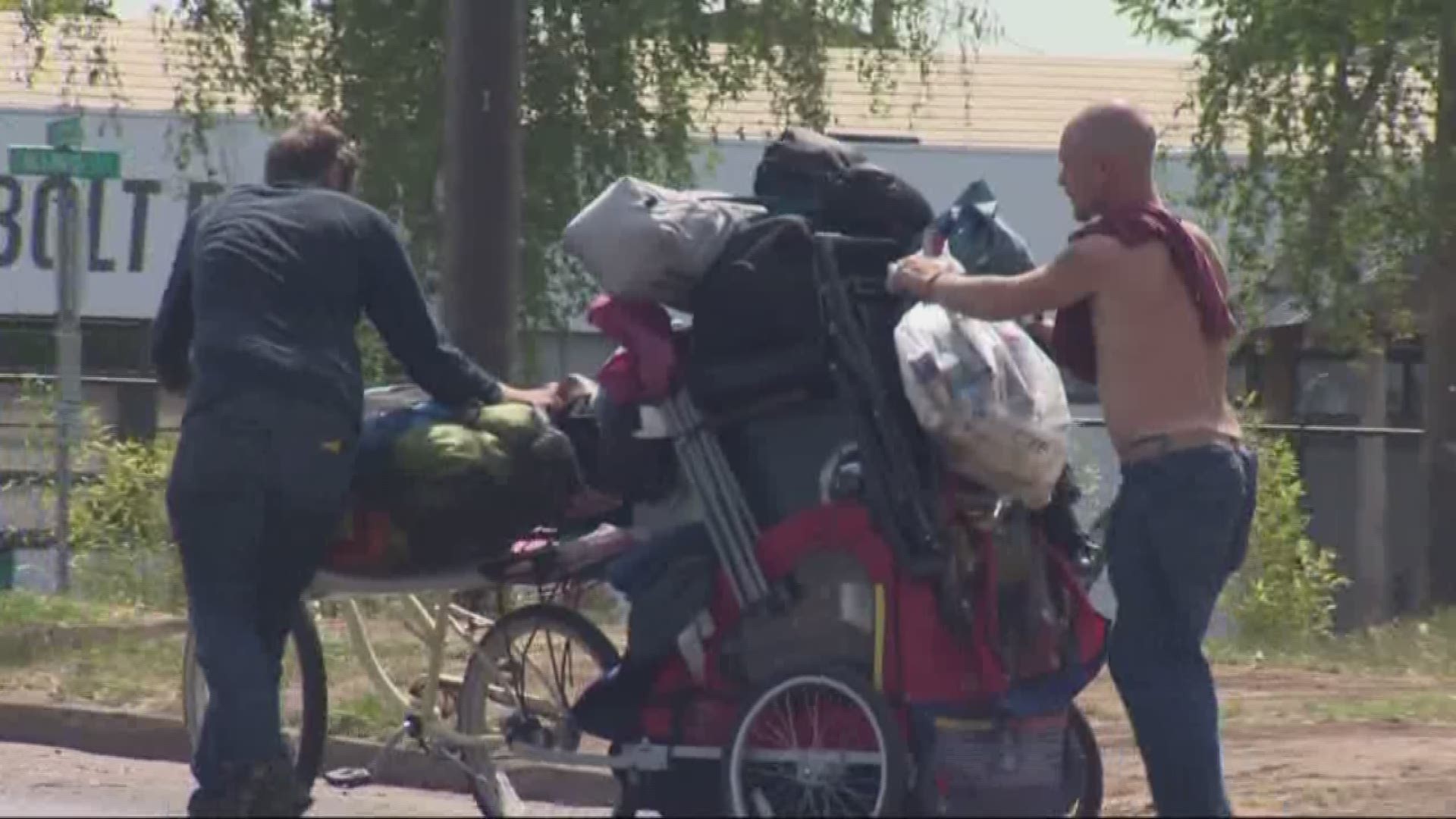 VANCOUVER, Wash. – A new homeless count shows the number of people living on the streets is up by 39 percent in Clark County.

The Council for the Homeless recently released results from an annual census where volunteers counted 105 more people more people living outside this year, compared to last year.

Vancouver Police said they have noticed an increase as well, especially in the area of 13th and Lincoln, where officers conducted an emphasis patrol to enforce no-camping laws Wednesday morning. Officers found about 60 tents setup along the street and dozens of people camping outside of Share, a shelter there that provides services for the homeless.

Amy Reynolds, the deputy director of Share, said they have been in the area for 30 years, but the tent city outside only became a problem within the last year-and-a-half. She points to the lack of affordable housing as the reason for the spike in homelessness.

“It’s really more about the crisis, it's not only here, there are other places with no services where people congregate and camp,” Reynolds said. “Just like I said, we’re seeing a lot more people living outside.”

Neighbors in the area said they have also noticed a big spike in people camping illegally."

"It's been getting worse for the last six to nine months,” said Brady, a neighbor in the area who asked we only use his first name. “It fluctuates, but right now it's at the biggest I've ever seen it.”

Vancouver Police said they get calls from frustrated neighbors, like Brady, who no longer feel safe.

"We'll notice that people will block the sidewalks with their tents during the daytime and they can't do that, so we have residents complaining that they can't walk the sidewalk area safely,” said Vancouver Police Lieutenant Greg Raquer.

Many in the neighborhood said they are tired of the giant mess left behind.

Officers said it ties up a lot of city resources to clean up a tent city like the one they encountered Wednesday.

"It's a big drain on resources, a lot of the officers here are working on overtime because we just can't address it with the patrol staff that's on duty right now,” Lieutenant Raquer explained.

A lot of the people camping on 13th and Lincoln had too much stuff to carry, which is why the city of Vancouver will store items for people for up to 60 days at no cost. One homeless man took the city up on that offer, so crews hauled away about a dozen bicycles and two shopping carts full of items belonging to the man. Crews said time spent clearing homeless camps is time not spent working to repair city roads.

"I'm just going to wait a few hours and go back to where I was,” Fifield said.

Fifield was not the only person with that plan as officers told people to move along Wednesday morning. By the afternoon many returned to the area, setting up tents and filling the street with carts and bags full of their belongings.