The Portland police union president said Portland is a "cesspool" in a fiery response to Mayor Ted Wheeler's call for an investigation into how police handle homelessness. 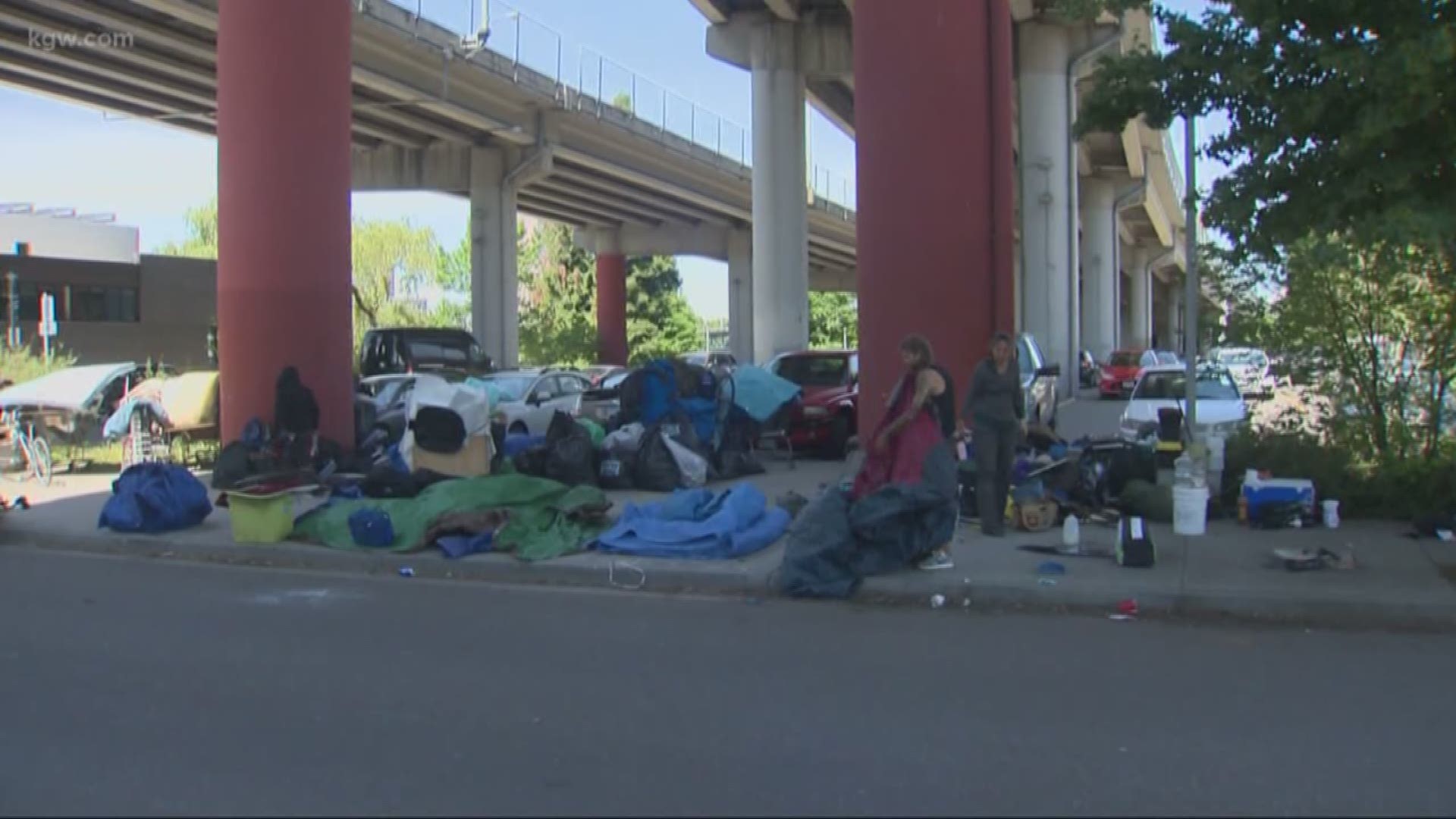 PORTLAND, Ore. – The Portland police union president said Portland is a “cesspool” in a fiery response to Mayor Ted Wheeler’s call for an investigation into how police handle homelessness.

“It’s more of the same from the Mayor; failed policies and blaming others for his failures,” said Portland Police Association President Daryl Turner.

The dialogue centers around an Oregonian investigation that found half of the people arrested in 2017 were homeless, even though they only account for 3 percent of the city’s population.

In response to the report, Mayor Wheeler said he supports an investigation into police interactions with homeless.

“I know I’m curious. I know a lot of people who read the report are curious,” he said.

That didn’t sit well with Turner. On Monday, he issued a statement on behalf of the police union, blaming Wheeler, along with other city and county leaders, for the homeless crisis on Portland’s streets.

“The Mayor has thrown Portland Police Officers under the bus instead of saying what we all know to be true: that his proposed solutions to our homelessness crisis have failed,” Turner said.

Turner didn’t mince words when describing the state of homelessness in Portland.

“Our City has become a cesspool,” he said. “Livability that once made Portland a unique and vibrant city is now replaced with human feces in businesses doorways, in our parks, and on our streets.

He called on city and county leaders to “take responsibility for this crisis getting out of hand. They need to put forth actual solutions with actual results and stop throwing hard-earned taxpayer dollars down a black hole.”

"I really only have time to work with people who are action-oriented and solution-oriented," he said. "I don't need to spend a lot fo time talking about the problem. We need to come together and work on a solution and as Mayor I'm leading in that direction."

Other organizations were offended by Turner’s response.

"It’s shocking that anyone would call the nearly 30,000 men, women and children who worked with our service providers last year to rebuild their lives and regain a sense of community -- moving back into housing, avoiding homelessness by staying housed, or finding shelter -- 'a black hole,'" said Dennis Theriault, spokesman for the Joint Office of Homeless Services.

The joint office is funded by the city of Portland and Multnomah County. Theriault said the office is helping more people experiencing or facing homelessness than ever before.

Homelessness is rising in Portland. The 2017 Homeless Point-In-Time Count found there were 4,177 homeless people in Portland during the count on Feb. 22, 2017. That's almost 400 more than 2015, however, fewer people were sleeping on streets and more were sleeping in emergency shelters.

“What Darryl Turner of the Portland Police Association fails to accept is that we need to change how and who we police; that the stats -- all of them -- necessarily conclude that policing in Portland is deeply problematic and profiling is a problem,” OJRC said.

Our official statement in response to Daryl Turner's comments calling Portland a cesspool, deflecting/denying responsibility of problematic policing practices, and generally, an insensitivity towards the issue of the homelessness (1/): https://t.co/L8yrKgd3iT

Poll: How well is the city handling homelessness?