Nonprofit to provide showers, laundry and other services for Portland's homeless

Oregon Harbor of Hope announced Tuesday that it would be putting its leadership and financial resources to work on three different initiatives to help provide more services for the homeless in Portland. 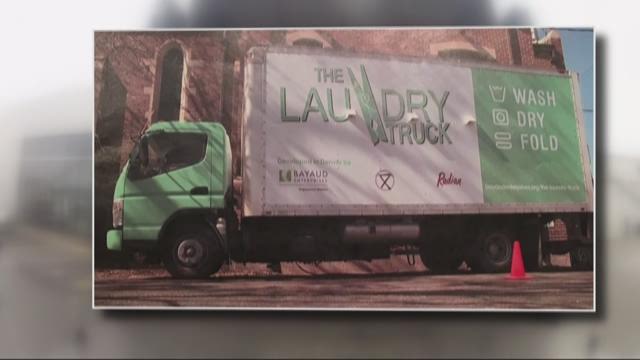 Last fall, Mayor Ted Wheeler said members of the local business community might be ideal partners in an effort to bring mobile showers and laundry services to Portland to serve the city's homeless population.

Now, in a way, that's coming to fruition.

Oregon Harbor of Hope, a nonprofit founded by longtime developer Homer Williams, announced Tuesday that it would be putting its leadership and financial resources to work on three different initiatives to help provide more services for the homeless in Portland. Those include a program called Portland Street Medicine, which will find a team of more than 70 medical providers making the rounds and providing first-aid and other medical services to folks living on the streets.

In addition, Harbor of Hope will begin offering mobile showers and laundry services in May, thanks to the donation of two 28-foot-long box trailer trucks from Thomson Equipment Corp., a heavy equipment company in Northeast Portland. According to a release, the trucks will be retrofitted with private showers that will be able to provide up to 160 showers per week. There will also be 12 washers and dryers for tending to laundry. Union Gospel Mission will operate the trucks three to four days a week starting in May, stopping at schools, churches and encampments around the city.

The third initiative is the student-led CardsCook program at Lincoln High School. Started by student Hank Sanders in 2016, the program partners with Portland Public Schools, the Oregon Food Bank and Clay Street Table to make and serve meals for disadvantaged youth. The program currently served 25,000 meals in a single year, and students hope to expand the program to other schools with the help of Harbor of Hope.

“This is a crisis of monumental proportions, and no single person or organization can solve this alone," Williams said in the release. "One of the things we hope to accomplish is to help fill gaps in services, and these three initiatives meet a critical need right now on the streets of our city.”

Williams initially launched Harbor of Hope in an effort to create a large campus that would offer not only shelter for the homeless, but various social services as well. The group had hoped to launch a pilot at the city of Portland's Terminal 1 property, but that effort met significant resistance. The nonprofit has continued to garner support from the local business community to try and address the city's homeless crisis, and Williams has continued to explore other options to provide more affordable housing options in Portland.