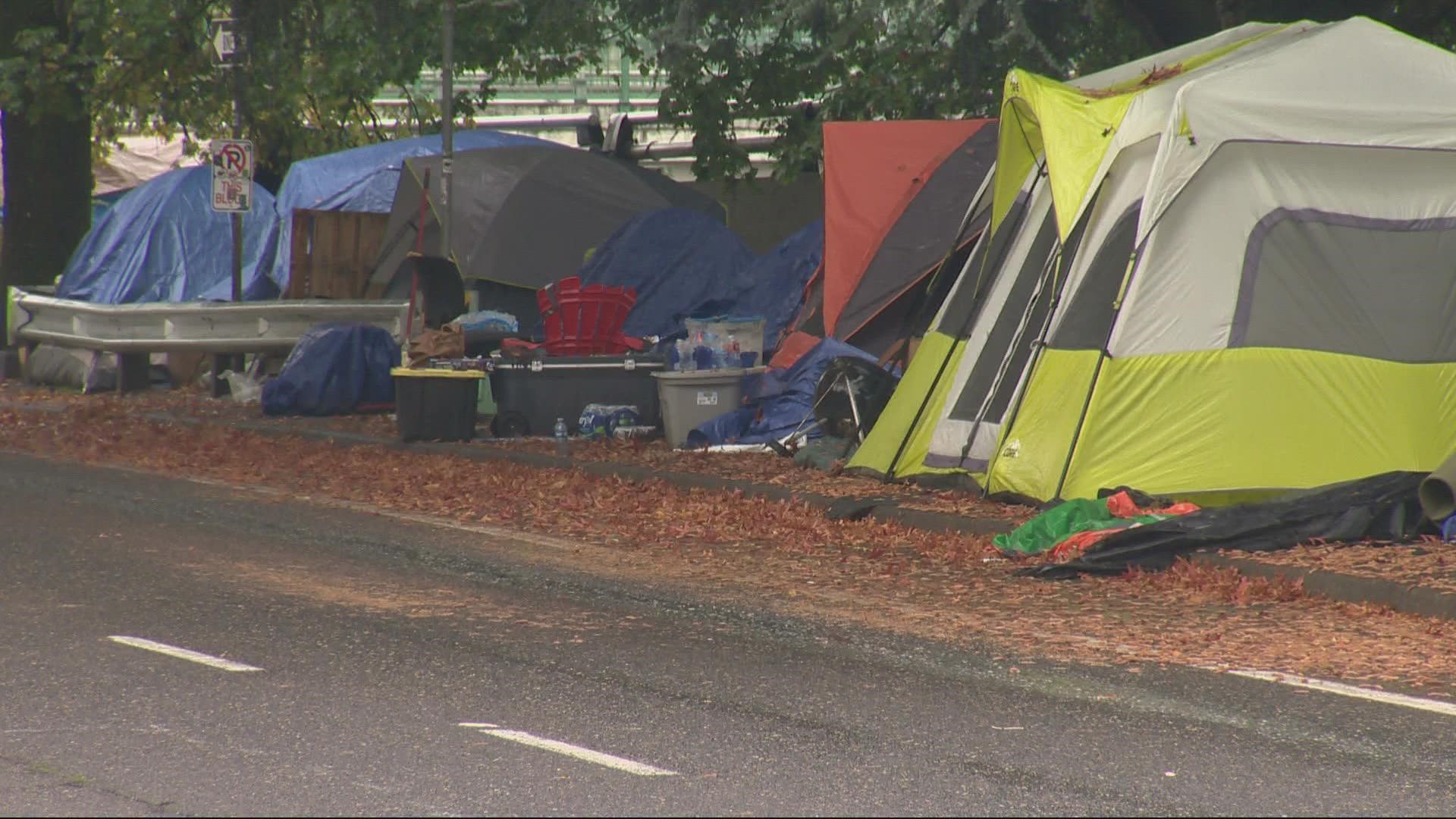 "I'm seeing people misuse LNG [liquefied natural gas] canisters throughout the city," Wheeler said. "Those are ticking time bombs, literally, so what I want to do is create safe and humane alternatives at scale to significantly reduce the number of unsanctioned camps in the city as quickly as we possibly can."

Wheeler said he's focused on identifying areas that would give people experiencing homelessness access to some of the most basic services like toilets, running water, laundry and transportation.

"I am motivated to do something about it," Wheeler said. "I'm not partisan about this. I'll work with anybody who wants to work with me."

RELATED: 'I still didn't believe it until I got the keys': Funds from 2018 Metro housing bond boost affordable housing

Street Roots would not mind a seat at the table. The non-profit publishes a weekly newspaper sold by people who are houseless and dealing with poverty. KGW asked Executive Director Kaia Sand what she would say to Wheeler about his plans.

According to Sand, Portland may have more unsanctioned camps right now because people did not move around as much during the pandemic. They stayed put and built communities.

"Yes we have poor people in our public spaces and they're suffering but they're part of our community," she said. "Let's keep going and do it with really, really big hearts."

Wheeler said compassion would be at the center of any plan to reduce the number of unsanctioned camps in the Rose City.

"Because that is humane," he said. "Allowing people to live in squalor and to be victimized on the street that is inhumane."

Wheeler's comments came on the heels of a recent plan from Commissioner Dan Ryan that calls for a half dozen Safe Rest villages.

Those villages will only accommodate approximately 60 people each, Wheeler pointed out, leaving thousands of people in unsanctioned camps. Wheeler said he believes it is his duty to find those people a place to go.