Mayor Wheeler was quick to clarify, he doesn't believe the call for an investigation necessarily indicates that there's a problem that needs to be fixed. 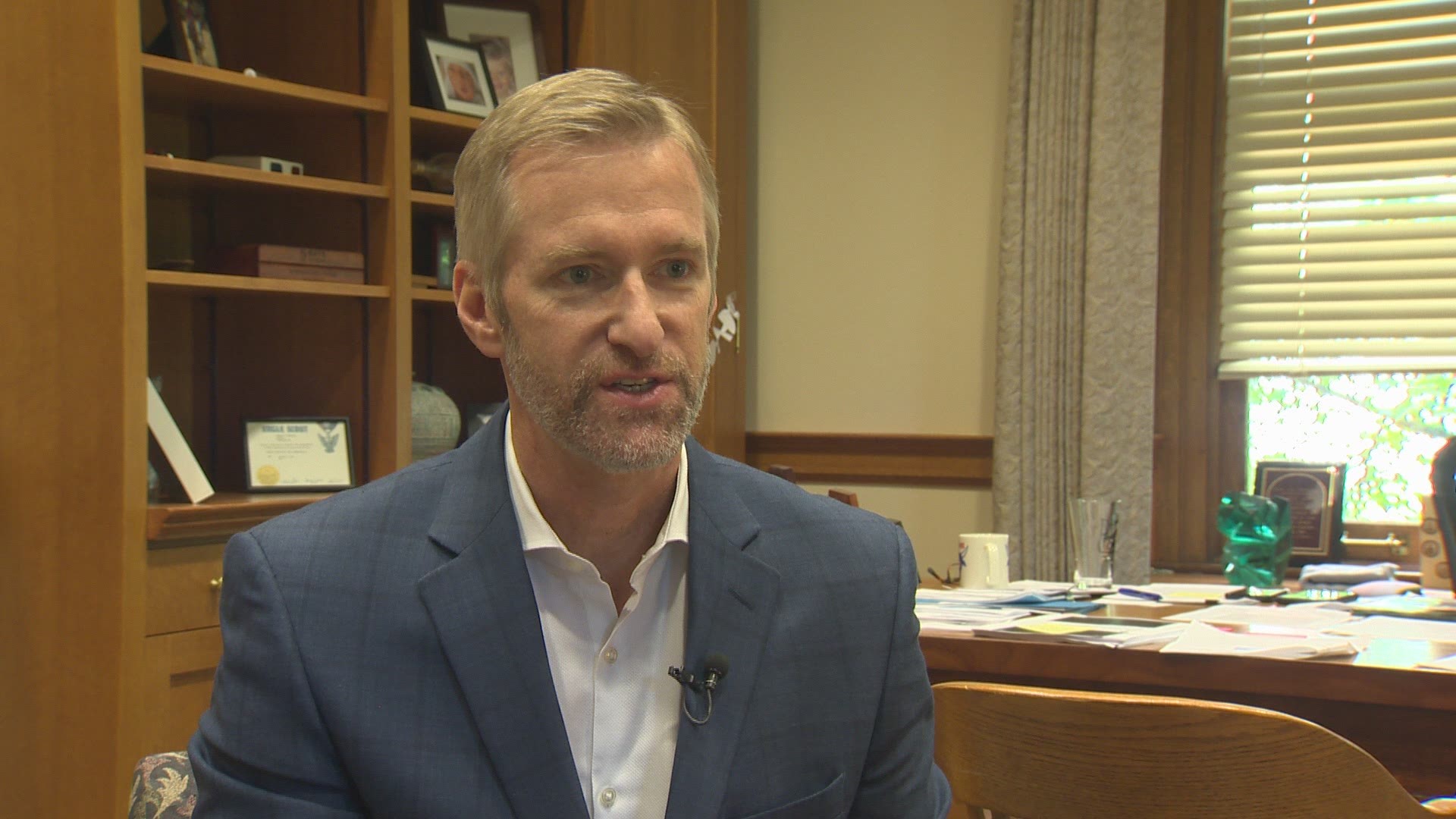 PORTLAND, Ore. — In light of new data showing half of all arrests made by Portland police in 2017 were of homeless people, the city’s police oversight agency is launching a broad investigation into the bureau’s interactions with those living on the streets.

Mayor Ted Wheeler on Wednesday said the move comes under the direction of Chief Danielle Outlaw.

“I know I’m curious. I know a lot of people who read the report are curious, and I think it’s appropriate that Chief Outlaw called on IPR [Independent Police Review] to do that investigation,” he said. “I support her in that call.”

Chief Outlaw made the call after KGW’s news partners at the Oregonian/OregonLive analyzed arrest reports from 2017 and found that half of the people arrested were homeless.

Mayor Wheeler was quick to clarify, he doesn’t believe the call for an investigation necessarily indicates that there’s a problem that needs to be fixed.

In fact, he began by largely praising officers’ attempts to help those sleeping on the streets, before charging them.

“I’m very proud of the fact that the police bureau does many things first before they arrest anyone,” he said. “One of the first things they’ll try to do is get a social service provider involved.”

He added it’s a strategy that’s slowing evolving into layers of response by law enforcement.

“The policing has to change in this community to be responsive to the kinds of needs that this community has around addiction and mental health,” he said. “So we significantly increased the amount of funding for the behavioral health unit. That pairs up clinicians with police officers. So, if somebody’s experiencing a mental health crisis, it’s the clinician who has the first interaction with the individual rather than the police officer. We also stabilized the funding for the service coordination teams. This is a really successful program that helps people with addiction.”

Mayor Wheeler also elaborated on a statement he gave The Oregonian/OregonLive this week, calling the homeless crisis “nearly intractable”, especially without major increases in support from the federal level.

“I’m just being honest with people,” he said. “Homelessness has been an issue as long as I’ve been alive in this city. Homelessness will still be with us in 20 years, but we can do better at managing the problem.”