PORTLAND, Ore. -- An aide to Mayor Charlie Hales' office issued an apology Thursday to the Lents Neighborhood Association, in reference to a comment he made on Facebook where he called one of its residents a "douchebag." 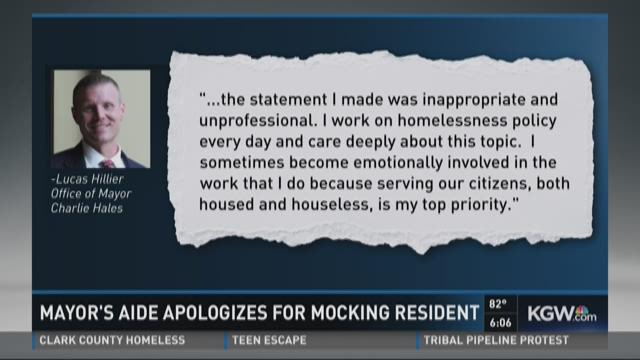 PORTLAND, Ore. -- An aide to Mayor Charlie Hales’ office issued an apology Thursday to the Lents Neighborhood Association, in reference to a comment he made on Facebook where he called one of its residents a “douchebag.”

Lucas Hillier, who works on homeless issues at Hales’ office, posted a comment on a Facebook thread from a well-known homeless advocate. Hillier linked to a KPTV news story and said, “You think that one is bad, check out this douchebag.”

Hillier was referring to a Lents resident quoted in the story, who expressed concern about homeless people relocating to the Lents neighborhood after being swept off the Springwater Corridor.

“He lives up in the West Hills,” the resident Sean Lucas was quoted as saying, referring to Mayor Hales. “Does he have to worry about his grandchildren going to school, getting on the bus a half a block from drug users and criminals? Because that's all they are."

The Lents neighborhood surrounds the Springwater Corridor, which was long considered the center of Portland’s homeless crisis until the city-organized sweep began on Sept. 1.

Hillier is an Assistant Program Specialist at the Bureau of Internal Business Services in the Office of Management and Finance. He is formerly a mayor's office Intern and runs the One Point of Contact system as part of the Housing / Homeless Initiative Team.

Sean Lucas told KGW that Hillier's comments show how disconnected the mayor's office is from its constituents.

"His verbal attack against me is shameful and unbecoming of a city employee," he said. "His defamatory comments are unprofessional and his conduct clearly shows a lack of restraint and ability to separate work from personal feelings."

By Thursday, he issued the following apology, via email:

To Sean Lucas (and the Lents Neighborhood),

I would like to express my sincere apologies for the disparaging remark I made on social media. As a City official, the statement I made was inappropriate and unprofessional. I work on homelessness policy every day and care deeply about this topic. I sometimes become emotionally involved in the work that I do because serving our citizens, both housed and houseless, is my top priority. It is my hope that we can work together to preserve safety and livability in our neighborhoods. I ask that you please accept this sincere apology for my insensitive comment. If you would like to contact me, my office phone number is (503) 823-4627. 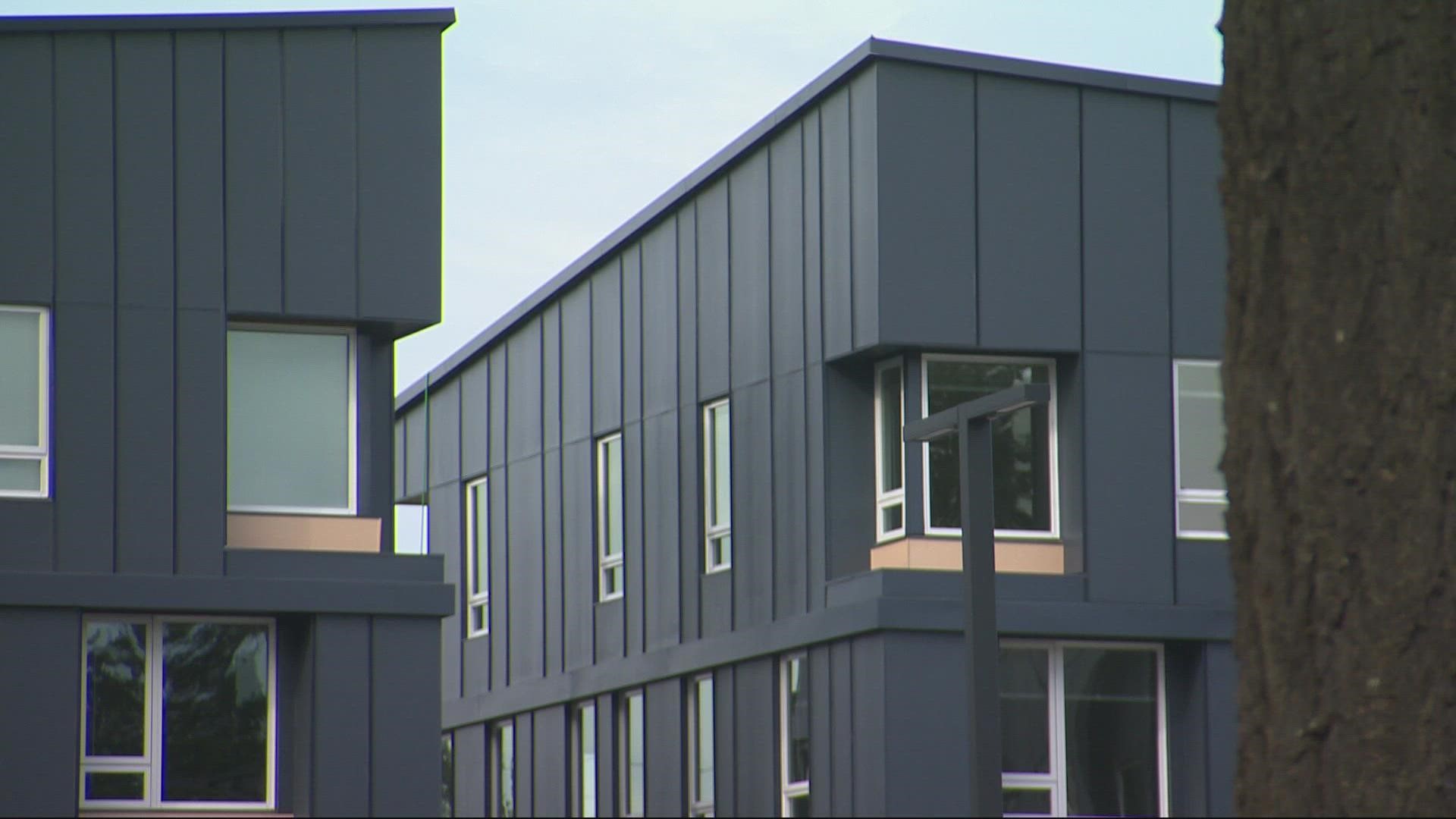 Solutions: Metro supportive services tax passed in 2020 has helped dozens get into housing