Some community groups and local businesses are trying to help the people cleared from the camp. 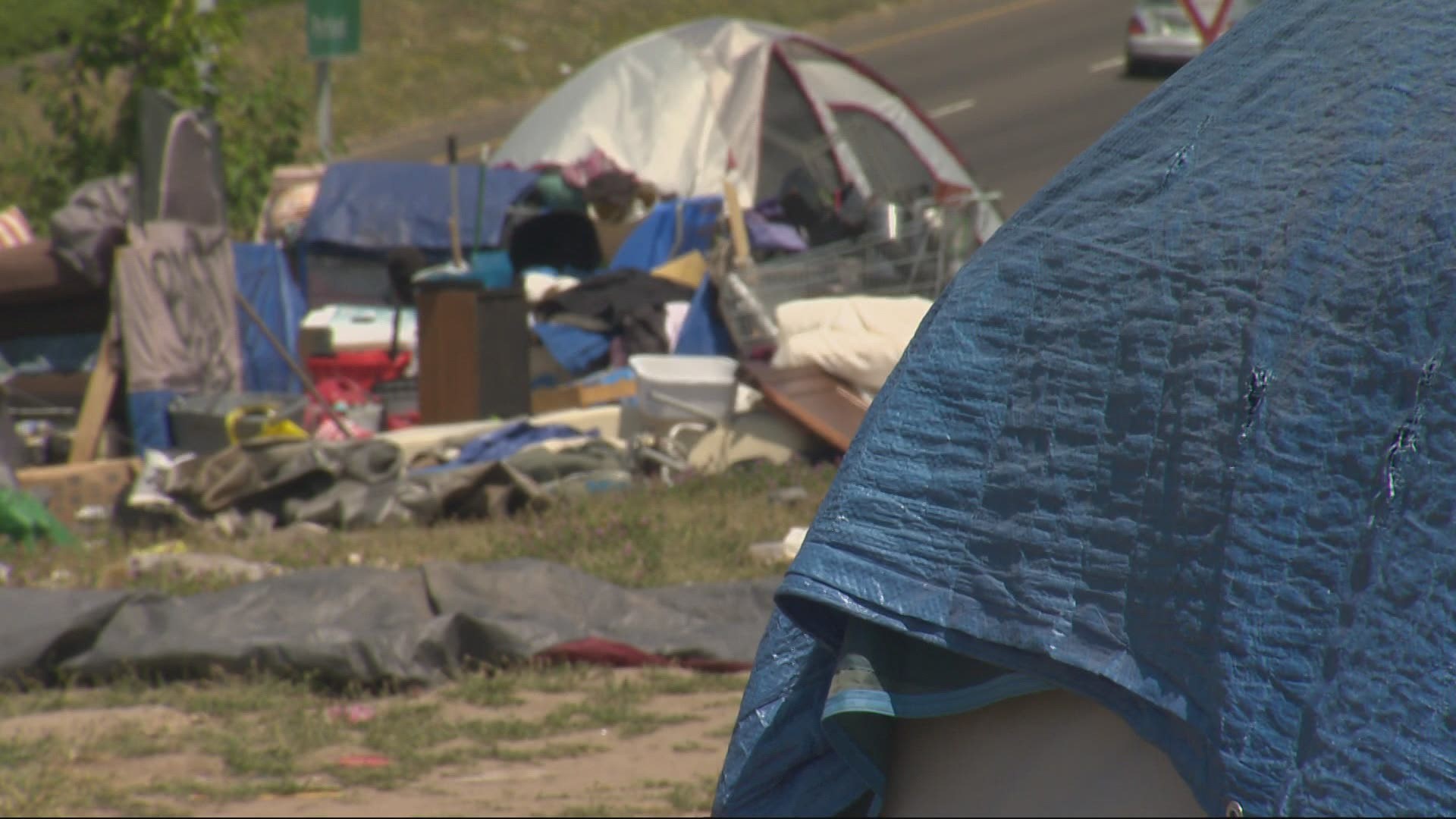 SALEM, Ore. — The Oregon Department of Transportation (ODOT) began clearing a large homeless camp located along Interstate 5 at the Market Street exit Monday in Salem. More than 100 people lived at the camp before it was cleared. With the city of Salem saying there aren't enough available shelter beds for the cleared campers, some community groups and local businesses are doing what they can to help.

Last week, ODOT crews started posting notices along the freeway near the exit to give campers notice that the camp would be cleared. The camp has grown in that spot for the past year and a half and an ODOT spokesperson said they didn't clear the camp during that time because of CDC restrictions during the pandemic.

"Now we're finally able to move ahead, we're working with our partners in the city of Salem as well as some of the social service agencies to try and make this thing work for everybody," said Lou Torres with ODOT. "So we're going to be here for the next three days restoring the area to where it once was, to where it's clear of garbage and other debris."

Salem has already said it doesn't have enough shelter beds to help people who are experiencing homelessness, so many of the people cleared from the camp don't have a safe, organized place to go. Last week, the city said it was looking for local businesses willing to provide space for a temporary shelter. City leaders said they need a building with at least 2,500 square feet of space that complies with the Americans with Disability Act (ADA) and has restrooms. The state would foot the bill using federal COVID-19 relief money. The deal would last between one and three months and a nonprofit would be brought in to run the shelter.

RELATED: With large camp slated to be cleared, Salem wants to pay businesses to open as homeless shelters

In the interim, some community centers and local businesses are doing what they can to help people who find themselves without a place to stay after their camp was cleared.

Jill Bird, a spokesperson for the Recovery Outreach Community Center (ROCC) located on Silverton Road, said their plan Monday was to inform campers about ROCC and the help they can provide.

Tina Mann is the general manager of the Denny’s on Market Street that sits about a block from Interstate 5. Last week, she told KGW's Maggie Vespa she would be inviting nonprofits and housing advocates to set up tables in her parking lot Monday. Her hope is that people evacuating the camp can come down the street, rest, drink water and get help figuring out their next steps.

"They are our neighbors," Mann said. "I think everyone should practice that kindness in their heart every day. We can't fix everything, but if we can fix something, make a little tiny step toward a difference. I think that's important."

Bird said it's important for people living on the streets to know that people are thinking about them and trying to help.

"We want them to know that we're there to help them and that they have people that care," Bird said. "Just knowing somebody cares about you can change your whole outlook on your situation and give you hope."

Bird said the ROCC is looking for donations for instant foods or snack foods that people can consume while they're in the building. They also need donations of sleeping bags, tents and backpacks.