How to clean up garbage at homeless camps? That’s a question Metro is trying to answer 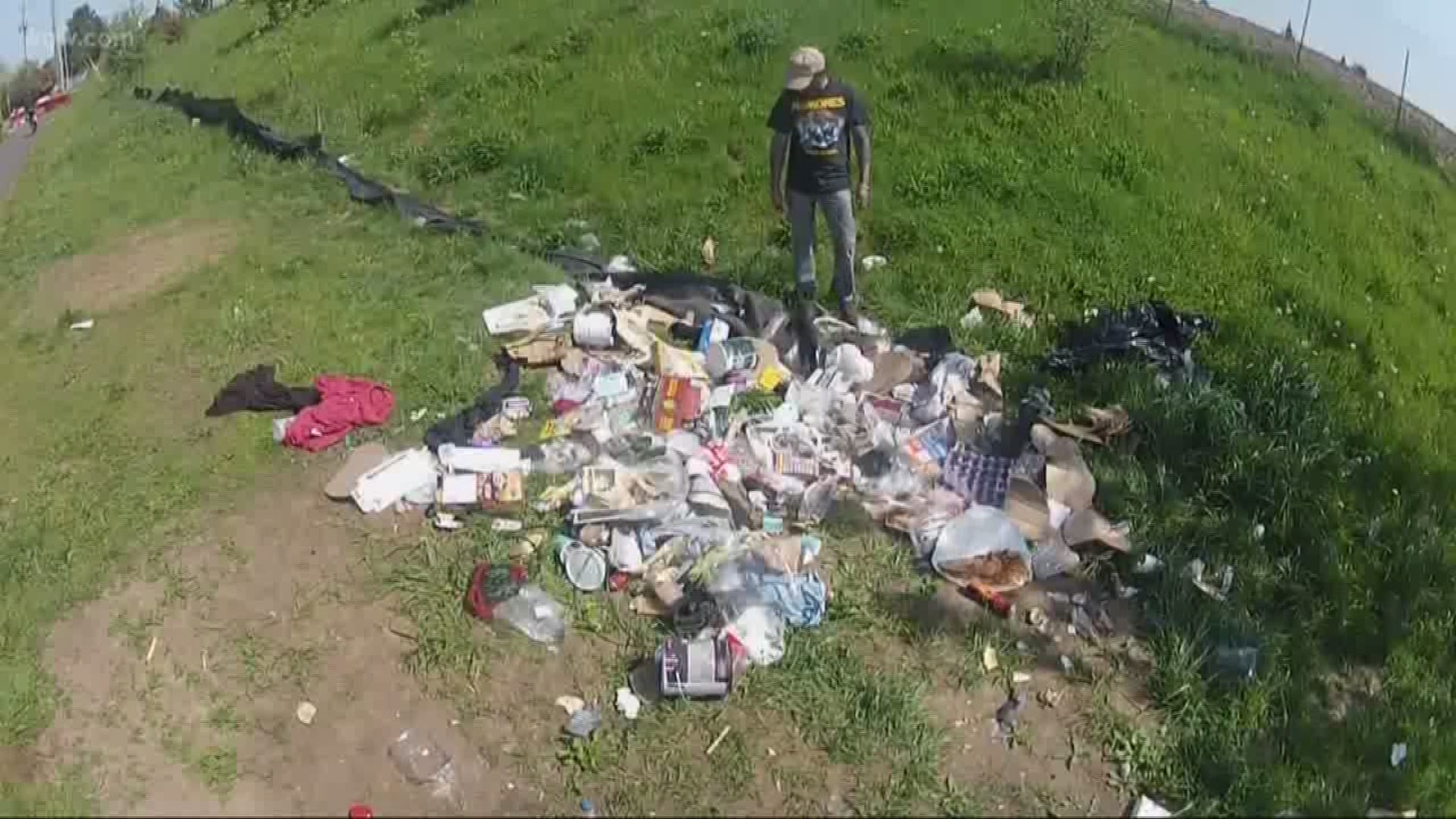 PORTLAND, Ore. — On Tuesday, Metro, the regional government, gathered dozens of professionals who deal with solid waste for a day-long seminar on homeless garbage.

Rob Nathan, a solid waste planner for Metro, offered up a surprising fact about garbage in the greater Portland area.

“Twenty-two percent of illegal dumps that our crews at RID (Regional Illegal Dump) patrol cleaned up last year were attributed to people experiencing homelessness,” he said.

That means 78 percent comes from people who dump it illegally. Nathan said sometimes illegal dumpers target homeless camps so their trash will blend in.

The City of Portland reports it picked up 8,400 gallons of human waste last year, along with 346,793 hypodermic needles.

“I think when folks have a space that is theirs, that they can stay put at, we have much better ability to maintain and manage garbage and recycling. And folks having access to hygiene in those situations,” she said.

Barbra Weber attended the meeting to share the perspective of those who are on the streets. She is homeless. She said her group lives in the woods and takes care of its garbage.

“How we handle it is we gather it to a certain place, then we tarp over it and then we have a private individual come with a vehicle, pick it up and take it to the dump and we pay for that. Does it build up? Yes," she said.

Another possible solution is underway in North Portland. Volunteers pick up garbage from homeless camps twice a week.

“Community service, all-volunteer organization that operates in the 11 North Portland neighborhoods," said Patt Opdyke, an organizer. "And what we do is we go out to homeless encampments, tents, RVs, cars, and pick up trash at no cost to them two times a week and we take it to the dump.”

She said it’s a chance for neighbors to get to know those who are houseless around them.

“We give the opportunity for people to volunteer with us to come out and break down the barrier and not feel like houseless people are different than themselves,” she said.

I heard that a lot at the gathering--that more work is needed to get rid of the stigma that the homeless are dangerous.

But, there is a reason people sometimes feel that way.

On Tuesday, a KGW photographer took pictures from a public sidewalk of a tent and garbage in the Sullivan’s Gulch area, along interstate 84.