With limited shelter space, advocates worry Bend man won’t be only homeless person to die in the cold

Homeless advocates are worried what happened to Dave will happen again, and in more places. 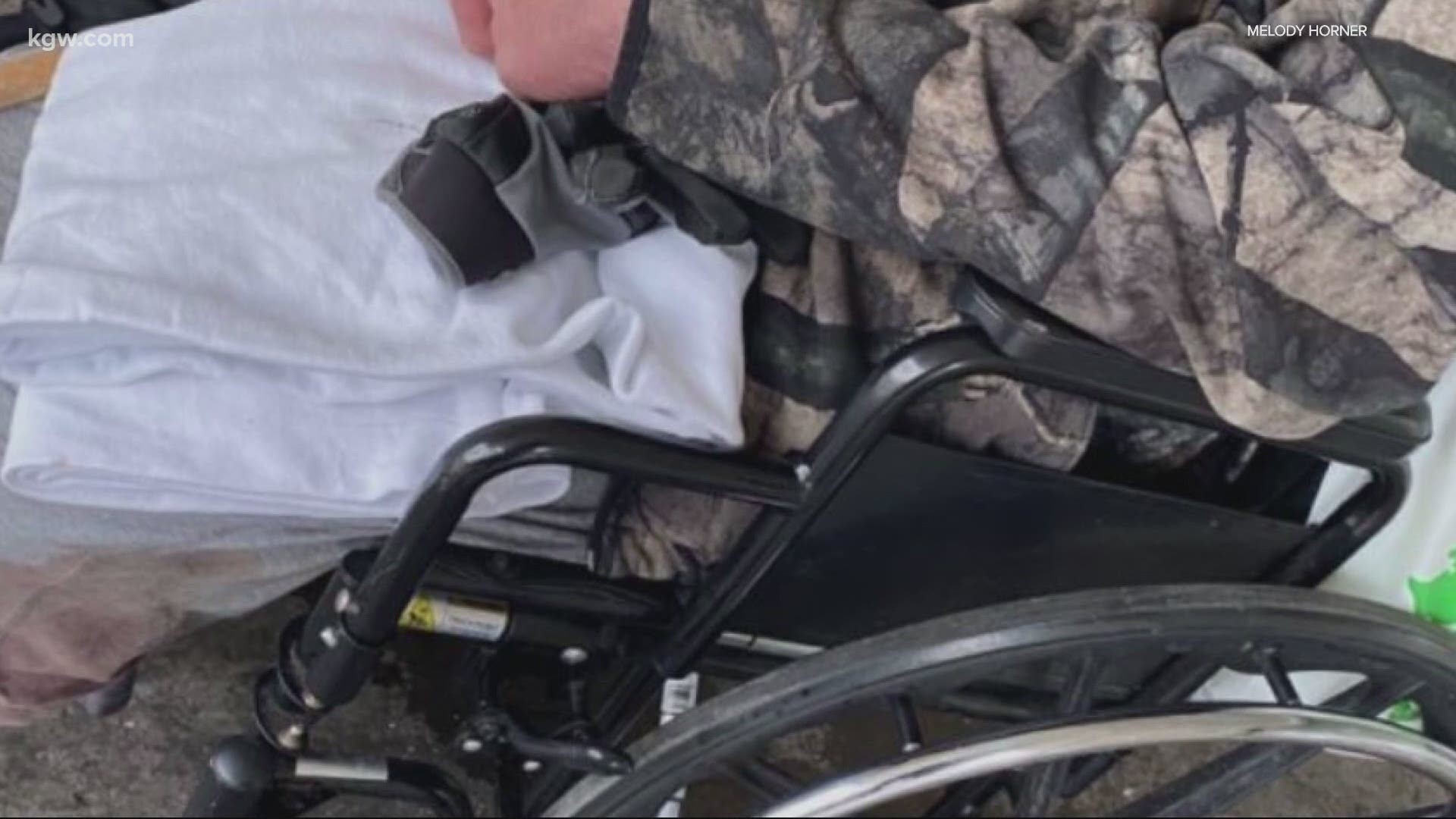 PORTLAND, Ore. — It’s impossible to miss the growing number of people living on the streets in frigid temperatures. On Tuesday, one of those people was found dead in Bend when the temperature dropped well below freezing.

His name was Dave. He was homeless. He was a double amputee. He couldn’t get into a shelter, even though he tried.

Many people in Bend are heartbroken. Some knew Dave and had tried to help. Melody Horner started a GoFundMe page to pay for a hotel room. But she said local hotels wouldn’t take him because he didn’t have identification.

“The morning that I got news of his passing, I cried,” Horner said. “It hurt to know that he was out there and we were trying to get him the help that he needed and it was just too late.”

Now, homeless advocates are worried what happened to Dave will happen again, and in more places.

The dire problem of limited resources is one plaguing several communities, including the Portland area. Multnomah County has always touted having enough beds for the area’s homeless when severe weather hits. But the pandemic has brought their normally reliable system crumbling to the ground. Cramming people into crowded rooms is no longer an option.

And amid historic unemployment, the rate of homelessness appears to be rising.

“Thanks to COVID-19, we cannot guarantee that everyone who needs it will have shelter on the worst nights of the year,” Multnomah County Chair Deborah Kafoury said on Oct. 30.

RELATED: Portland's homeless may be turned away from severe weather shelters due to lack of beds, officials say

This week, The Columbian reported officials in Clark County are in the same boat, searching for enough severe weather shelter spaces to house everyone living on the streets in and around Vancouver.

All the while, temperatures are dropping.

Denis Theriault, spokesperson for the Joint Office of Homeless Services in Multnomah County, said there have been several dozen leads for finding spaces.

“What we’re doing now is folks are looking at those [leads]. Do they actually fit the criteria that we’ve set out, who owns them, what do they look like? And site visits are happening,” Theriault said.

Portlanders should expect news on that front soon, Theriault said.

In Clark County, officials said they’re working to find more space too, leaning on churches and motel vouchers as much as possible.

Still, Laura Ellsworth, strategic partnerships manager for Council for the Homeless said there will “probably” be people in need of shelter this winter that can’t get it.

RELATED: 'Hard to be a lonely old vet': Portland's homeless veterans grapple with isolation amid pandemic