In March, the city of Gresham signed on as a partner with Central City Concern to make this happen. 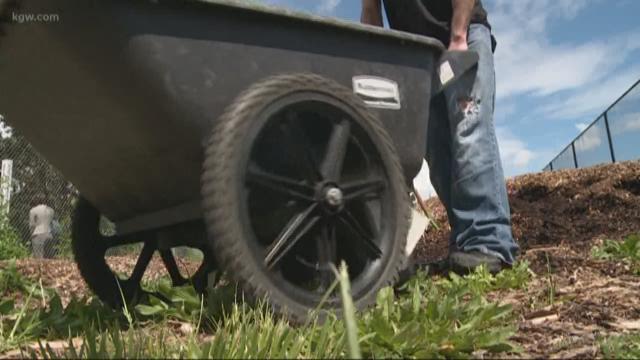 GRESHAM, Ore. -- Picking up a rake, and pulling weeds.

They're mundane tasks for most, but in Gresham they're the key to helping homeless men and women leave life on the streets behind.

In March, the city of Gresham signed on as a partner with Central City Concern to make this happen.

The Community Volunteer Corps program focuses on homeless men and women, many of whom are in addiction recovery programs.

In fact -- that's why KGW is not showing faces. A lot of these people are just starting to get help, and were nervous about the attention.

Participants rack up volunteer hours, cleaning up public parks, gardens and so on. At the end of the program, they get a certificate and a letter of recommendation for a job.

“We do that for a lot of people. that's one of the main things people ask us for when they leave the program,” said assistant program manager Chase Bissett. “You know, people that have a lot of barriers to gaining employment, you know, people that have suffered trauma in the past from various sources sometimes haven't worked for a while, and gaining these skills and working on them in kind of a safe space like this is going to be really helpful.”

The city of Portland has been making use of this program for years. Gresham joined in March.

Since then, volunteers have put in 480 hours of work, cleaning up spaces like Vance Park.