Students at Portland Public Schools will resume in-person classes next week. In at least one case, it means the homeless camp near a school has to go. 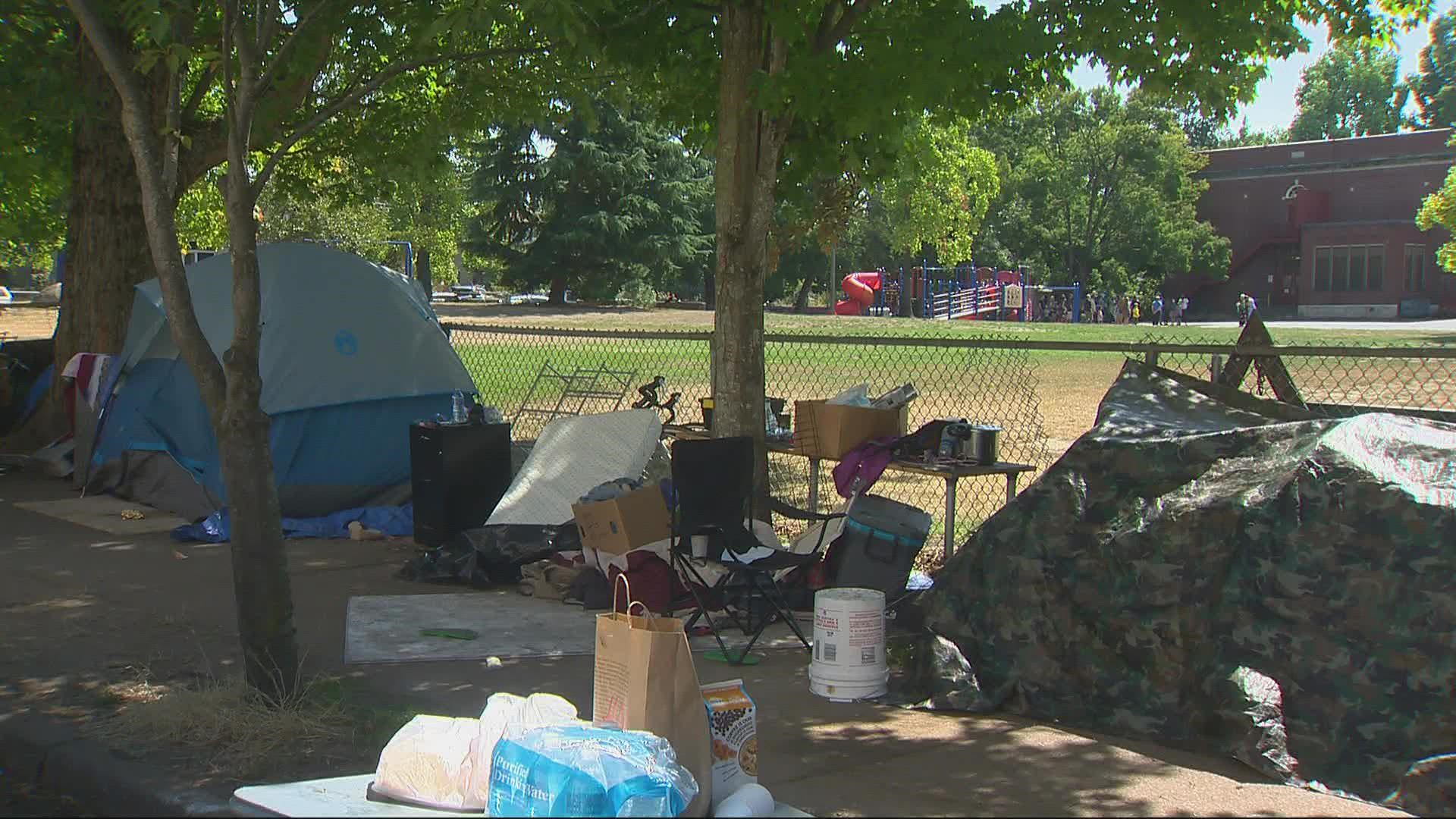 PORTLAND, Ore. — After more than a year of remote learning, students at Portland Public Schools will head back to class in person next week. In at least one case, it means the homeless camp that’s put down roots around a school building has to go. Biohazard crews, contracted by the city, were out clearing trash from the camp along Southeast Portland’s Sunnyside School Tuesday. They’ll be back Wednesday, workers said, to clear people from the camp entirely.

In an email to KGW, a spokesperson for the city explained the rationale for clearing the camp, one week before students return to school on September 1.

“We are removing camps near Sunnyside because it meets criteria and impedes transportation access for kids to access school,” wrote Heather Hafer, with Portland’s Office of Management and Finance, the city office that decides which homeless camps to clear and when. When asked to elaborate on whether the city planned to clear other camps near schools soon, Hafer didn’t respond.

In the past, "criteria" has meant a nuanced list of qualifiers used by officials to triage an overwhelming number of requests from Portlanders to clear camps they deem problematic. Earlier this year, the city council made those criteria official. In June, commissioners voted to deprioritize clearing camps that were, among other things, more than 150 feet from elementary or middle schools and more than 100 feet from high schools. On the flip side, camps that exist within those distances are now cleared more swiftly.

This week, that meant the camp near Sunnyside School would be removed.

A week before kids head back to class, in-person (for the first time since early 2020)… the city of #PDX is clearing homeless campers from along Sunnyside School.

Campers Tuesday were upset and busy packing. None wanted to do interviews.

“It strikes me as tragic,” said Alexander Dickens, with the group Stop The Sweeps. “Every time you pack somebody up and you get rid of some of their belongings, they're a little further step away from moving on and getting some kind of other help elsewhere because it's really tragic to have all your stuff packed up and set away.”

It’s worth noting, the camp is part of a clear pattern. Many came to Sunnyside from nearby Laurelhurst Park last month, when the city cleared a camp of roughly 60 people. Less than half of those cleared, officials said, went into shelters and motels. Many who declined cited the shortage of long-term affordable housing, meaning they didn't want to move to a shelter if there was nowhere for them to go next.

RELATED: 'Not really fixing anything': Dozens move from park to school after city of Portland clears homeless camp

“There's a scarce amount. There's a limit,” said Denis Theriault, spokesman for the Joint Office of Homeless Services. “There's a big wait list. That could be several years for some of those units.”

To be clear, nothing has changed since then. The city is still promising to open six "safe rest villages," organized, outdoor camps, sometime this year. No specific addresses or dates have been released.

For now, campers just keep moving from place to place. Neighbors, who have been offering services to people in the camp, hurt for them.

“A lot of [the people in the camp], when I talk to them, they don't want to be around kids because kids are afraid of them or kids shouldn't have drugs in their midst,” said Hannah Wallace, with the Sunnyside Neighborhood Association. “It doesn't make it any less sad though because they don't have anywhere to go.”

The humanitarian crisis in Portland is deeply concerning to all of us at PPS particularly as we know that some of our students are residents of some of the camps. As a school district, we are focused on safely reopening our schools and we are always concerned about the safety of our students and staff on campus and as they come and go from our schools. We are in continued conversation with both the City of Portland and Multnomah County, as they compassionately and with urgency address this issue. We are also working in partnership with the City to educate our school communities about how we live with our unhoused neighbors. 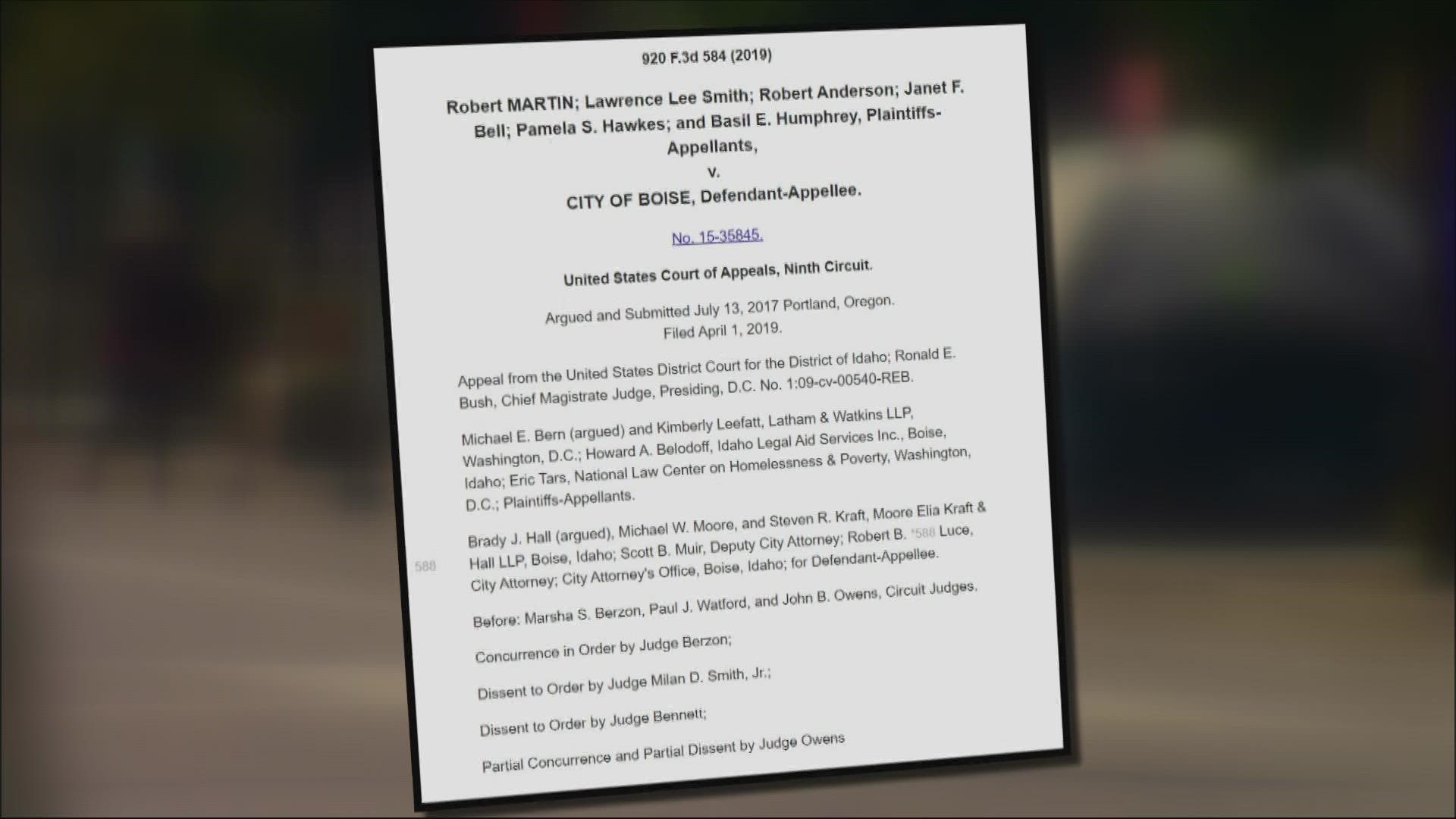