Three years after putting down roots on city-owned land without permission, an embattled, self-organized homeless camp may be on the move. 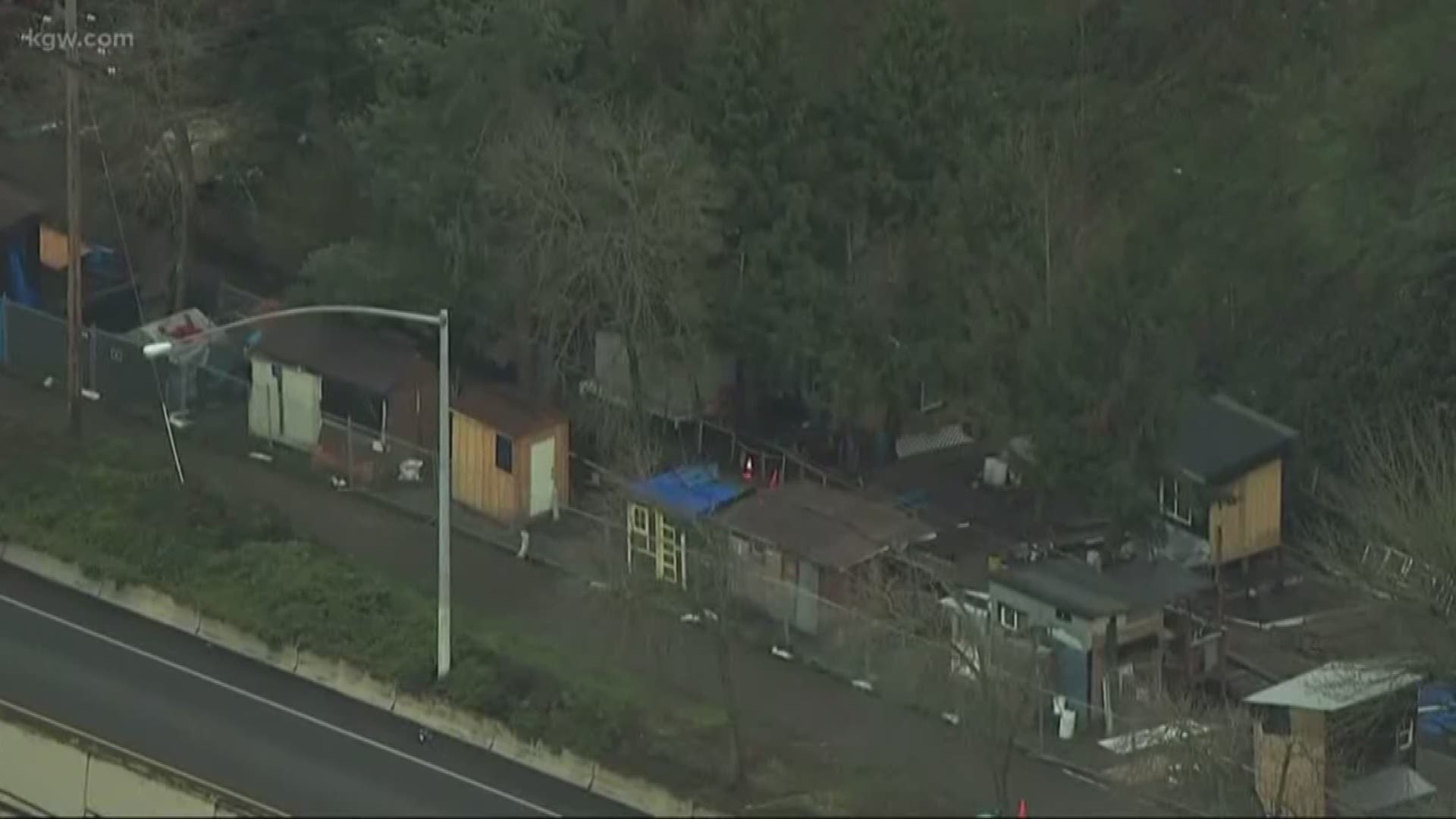 PORTLAND, Ore. — Three years after putting down roots on city-owned land without permission, an embattled, self-organized homeless camp may be on its way out. While one Portland neighborhood is declaring that a victory, another feels the city is forcing their hand and hurting their business.

The 15 people living in Hazelnut Grove, which sits on a narrow sliver of land just north of North Interstate and Greeley avenues, didn’t want to talk about the potential move Thursday.

The chair of a nearby neighborhood association did.

“We're optimistic that this time it's actually going to happen,” said Chris Trejbal.

He’s lived in the Overlook area since before the camp formed and recalls past promises from two Portland mayors to the same effect.

The most recent promise came in October of 2017, after a town hall with neighbors. People said the camp’s location, below a hill near a busy road, was dangerous.They complained of a spike in thefts.

KGW also covered a fire on the nearby hillside in August.

In the last three years, a rep for the mayor’s office confirmed the city has spent $52,000 supplying the camp with fencing, garbage, port-a-potty rentals and other services.

Trejbal said this time the potential for a move feels different.

“This time we’ve been working with the mayor’s office and the Joint Office of Homeless Services,” said Trejbal.

Reps for both offices confirmed Thursday the increased optimism comes as a result of potential new site: a grassy, flat, city-owned lot off of North Roberts Avenue in St. Johns.

City & county staff want to set up a tiny house village on the site, similar to the Kenton Women’s Village and the Clackamas Veterans Village.

A nonprofit, likely Do Good Multnomah, would be on site seven days a week to run it.

“It is big enough. It's zoned right. There's a sewer main that runs under it so you can't build affordable housing on it,” said Denis Theriault, spokesman for the Joint Office. “We do think it’s a good place to have a successful, well maintained village that has transitional services there.”

Staff with the mayor’s office said they understand neighbors feel the change is overdue. They add finding a site suitable for a camp or village to safely exist takes time.

In this case, they surveyed 400 empty lots in Portland.

“I feel frustrated too with how long it can take sometimes, but I’d like to mention again that… like Right To Dream 2 and how many years that took,” said Seraphie Allen, policy advisor to Mayor Wheeler. “So I actually feel like we’ve done a really great kind of express timeline.”

Allen and Theriault added the plan has yet to be finalized, and residents from Hazelnut Grove would move no sooner than April of 2019.

The only hitch comes courtesy of the village’s would-be neighbors.

“Would you like to put your grandma or your mom next to a homeless camp?” Rick Moyer asked. “It's really hard on the business.”

For more than 50 years, Moyer’s family has owned the land on both sides of the city’s property.

On one side, they have a house. On the other, they have their family-run business Harvest Homes, an assisted living facility and preschool.

Moyer worries the introduction of any new neighbors would be jarring for residents, let alone a village filled with people facing addiction and mental health issues.

“Fear is something that many old people deal with, and we try to create an environment where they feel safe and secure,” said Moyer. “It definitely is catching us off guard.”

Moyer said he and his relatives are worried just as much about perception among potential residents, clients and their families as they are about actual crime.

Allen and Theriault said Thursday they hope a meeting, set for next Friday afternoon, will help to calm the Moyers’ concerns. 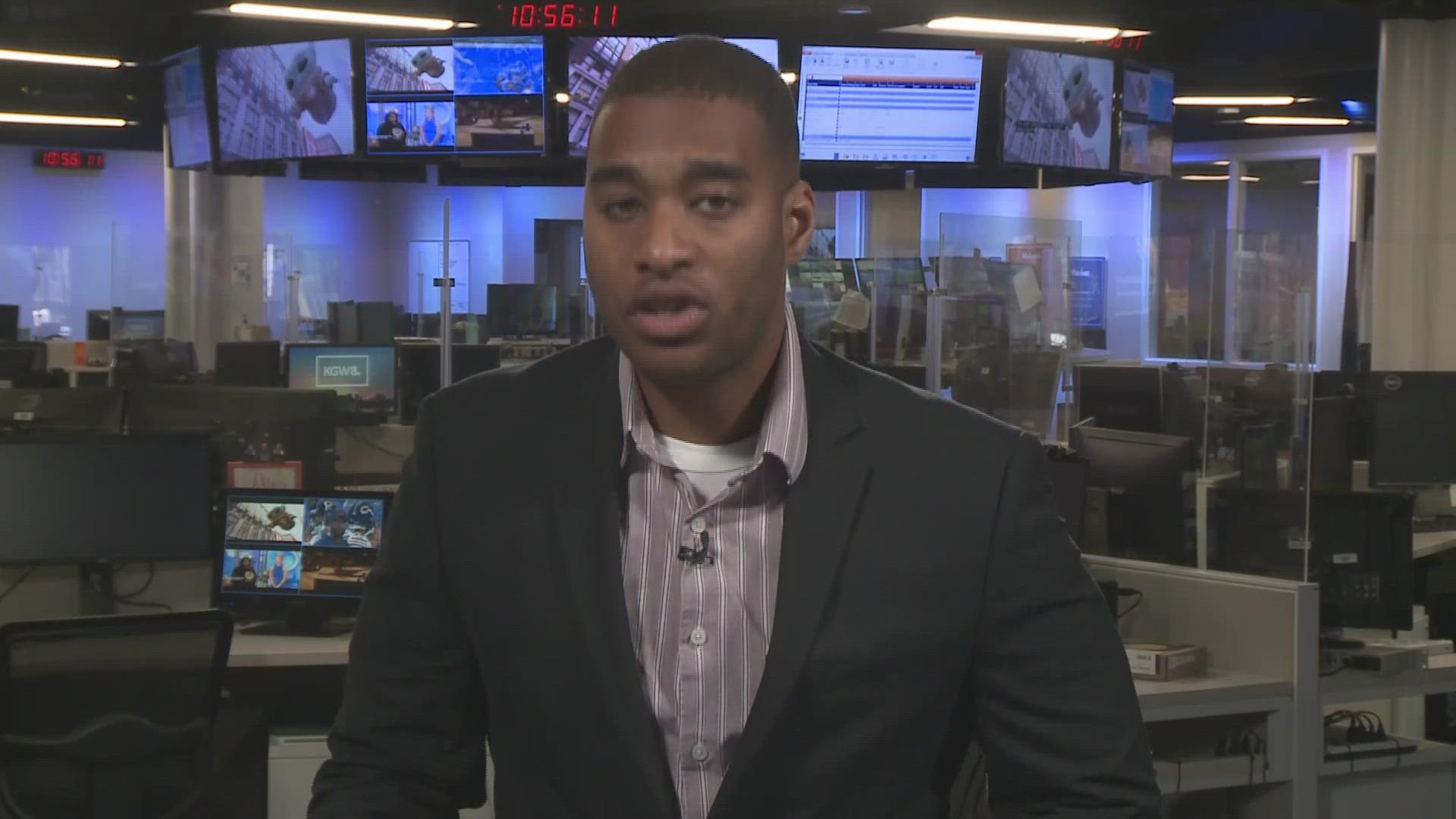