One tactic that’s helped keep the virus out of shelters is the decision to isolate symptomatic or medically vulnerable people in motel rooms. 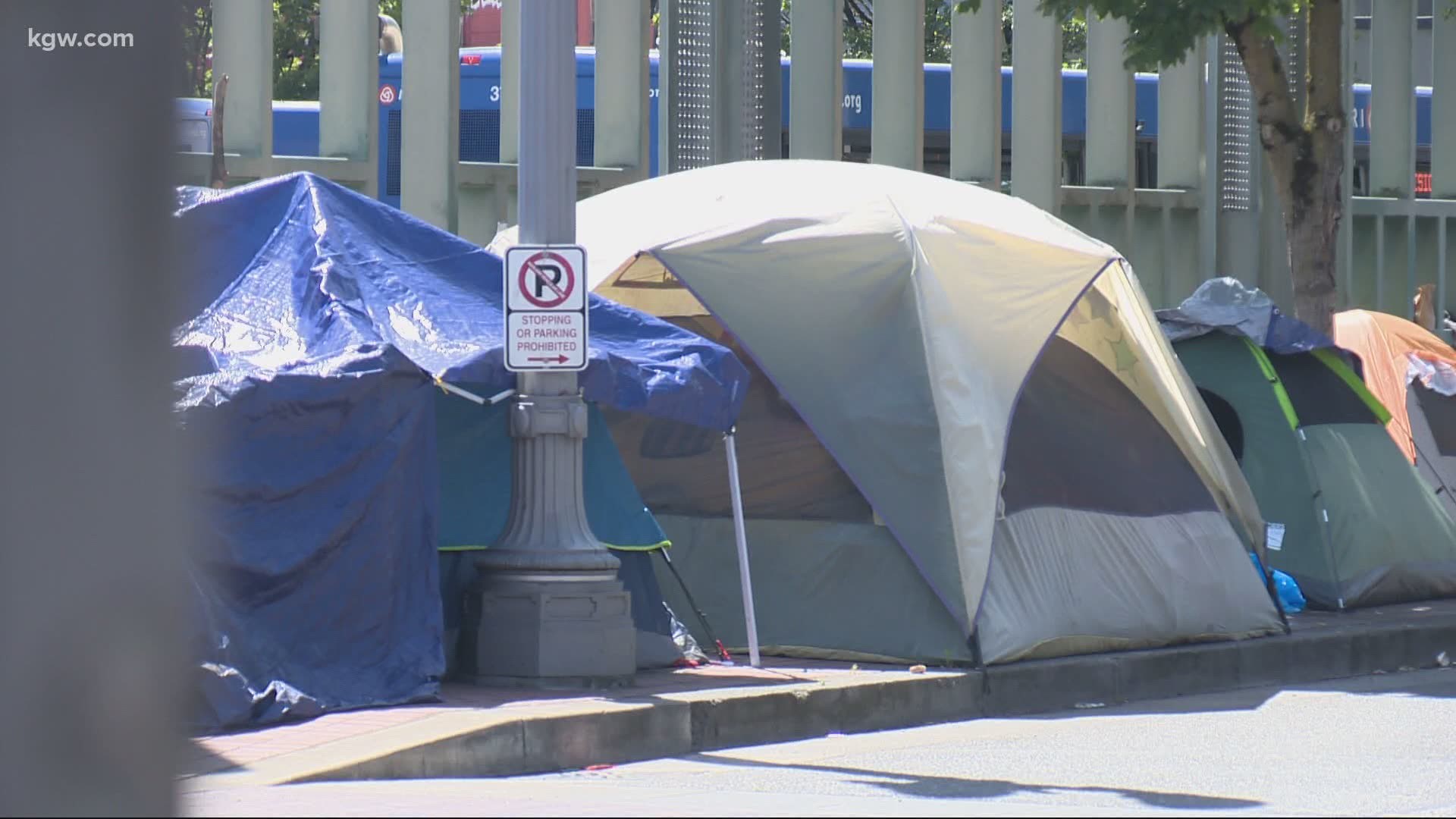 PORTLAND, Ore. — Sixteen people living in Portland-area homeless shelters have tested positive for COVID-19 since the pandemic began, and the director of the Joint Office of Homeless Services said he’s relieved that number has remained low.

“I think all of us who do this work share that same fear [of an outbreak among Portland’s homeless] and continue to have it,” Marc Jolin said in an interview Friday. “And it's why we're not taking anything for granted.”

Jolin said one tactic that’s helped keep the virus out of shelters is the decision to isolate symptomatic or medically vulnerable people in motel rooms, where they can be treated and tested.

“As of last week, we were somewhere in the neighborhood of 270 people who had gone through the motels,” he said.

The city and county, which work together via the joint office, have reserved rooms at two area motels for homeless people who may be infected: the Jupiter Hotel on East Burnside Street and a second one, which they’re not naming because it houses victims of domestic violence.

Jolin said while the joint office isn’t providing blanket COVID-19 testing to everyone in Portland’s homeless shelters, they are screening people for symptoms.

Compared to the general population, he said, “People experiencing homelessness have actually had better access to testing.”

When it comes to the 2,037 “unsheltered” in Multnomah County, meaning they literally sleep outside, monitoring or containing infection rates is not nearly as simple.

Nonprofits are doing a lot of the heavy lifting when it comes to connecting with people living on Portland’s streets.

“Education is number one, but also equipping folks with the gear and the supplies that they need,” said Stacy Borke, senior director of programs for Portland-based Transition Projects.

Borke said outreach teams are walking between camps, handing out masks and making sure people know about proper social distancing protocols. Those protocols are easier to maintain in two new, city-sanctioned outdoor camps, where tents are set up more than six feet apart. Portland officials opened one in inner Southeast Portland and another in Northwest Portland, across the street from Transition Projects.

All that said, Borke pointed out people living outside are obviously vulnerable to the virus.

“We know that people experiencing homelessness, that population of people, is getting older and they're getting sicker,” she said. “We're still showing up because we have a mission, and we have people who we're committed to doing our best on their behalf. And that has been a crack of light in a rather dark time.”

The darkness itself isn’t lost on houseless people. Stephen Hawes, who lives in a shelter downtown, said people experiencing homelessness have lost out on resources closed or disrupted by the pandemic. And like everyone else, he said, they’re afraid of the virus.

“It would be absolutely the worst thing on the planet if the homeless people got it,” he said. “Everybody would get it. It would be very bad.”

RELATED: Portland metro area homeless services tax passes: Who pays and how will the money be spent?