The option comes on top of one, floated by reps for the Joint Office of Homeless Services back in October. 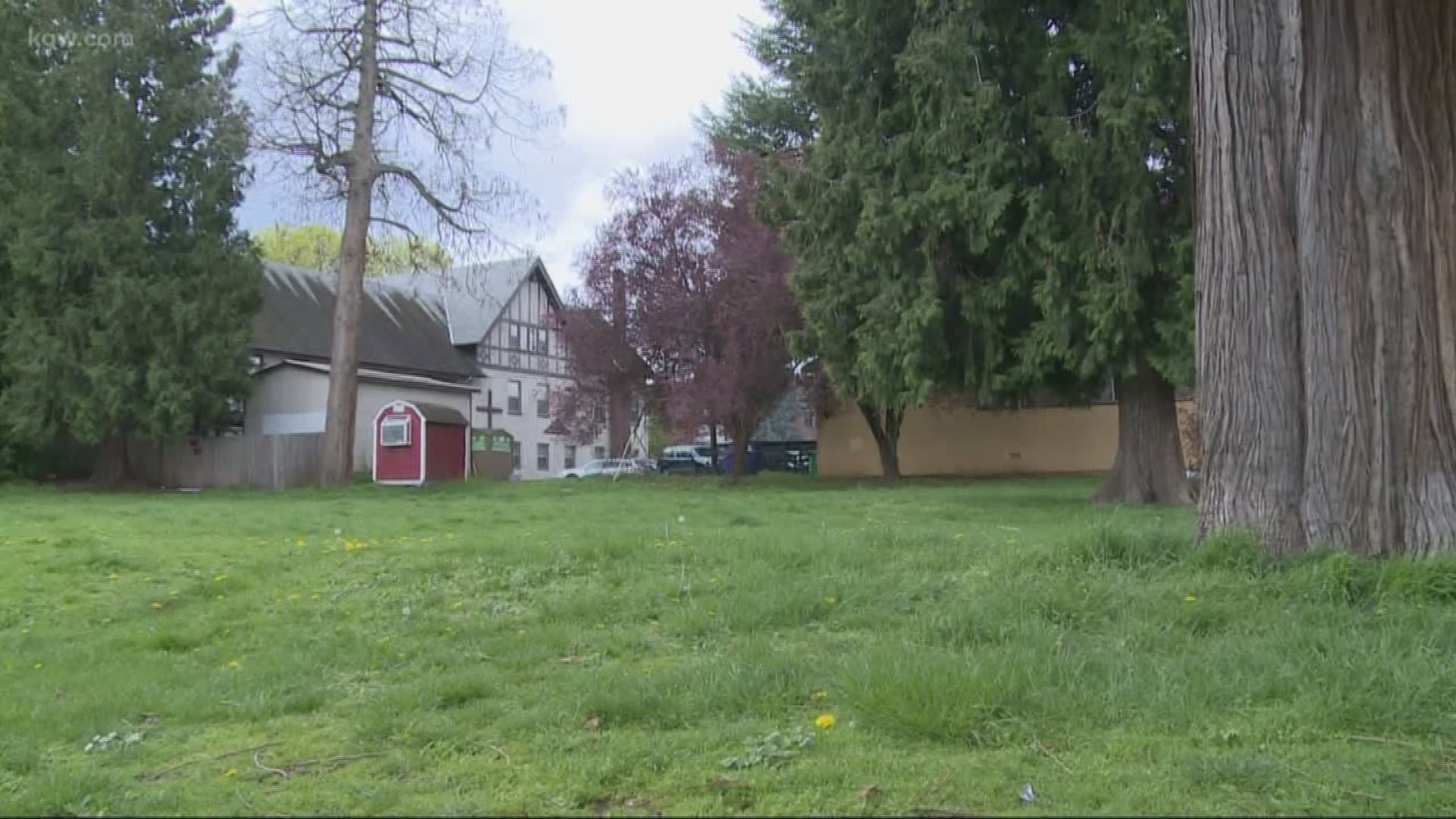 PORTLAND, Ore. — Congregates in St. Johns voted this week to offer up their church’s empty lot to residents of a long-embattled homeless village.

For city and county officials, the offer from St. John’s Christian Church is a welcome curveball.

Back in 2016, a small, determined group put down roots and put up shacks on city-owned land at North Interstate and Greeley Avenues, much to the surprise of city officials and the dismay of nearby Overlook Neighborhood residents.

Both have been pushing to move the camp since.

This week, after an estimated 90% of congregates approved the idea, pastors at St. Johns Christian Church made the official offer to let the city and county lease their long empty lot across the street and move campers in.

“Homelessness is obviously the issue the situation in our area, and it's only getting worse and worse,” he said. “I mean, throughout the Bible you have God reaching out and calling his people to reach out to the poor and the oppressed. So, we feel like this is a way we can do that, and we can do that well.”

The option comes on top of one, floated by reps for the Joint Office of Homeless Services back in October.

They confirmed then they were seriously considering moving Hazelnut Grove residents to another site in St. Johns.

This one was a narrow, city-owned lot off of North Roberts Avenue.

They argued the lot was too small to hold the fifteen or so tiny homes needed to relocate the camp, adding the optics would hurt their business.

“It's a huge relief to us. It was going to create so many problems for us and for the preschool down below. I talked with Marguerite down below and it's a huge burden taken off of her heart as well,” he said.

A Spokesman for the Joint Office Denis Theriault pointed out Friday nothing is a done deal.

The downside of the new offer is that solidifying it requires months of surveys and studies by the city and county.

They also want to take the time to hear from neighbors of the church and have scheduled an open house for neighbors to ask questions and voice concerns for April 23rd.

It will be at the church, and officials said letters with more details will be sent to neighbors in the next few days.

Chris Trejbal, chairman of the Overlook Neighborhood Association, said via email Friday, he’s glad to hear campers may be moving to a safer, more accessible lot, but he added:

I am disappointed that the opening of the new village is being postponed yet again. The city (and now the Joint Office of Homeless Services) consistently have suggested and even set deadlines for moving Hazelnut Grove then missed them. Last year we were told that move by Spring or early Summer was possible. Now it might not even be in 2019, which means Overlook neighbors again will have another summer to worry about a fire starting on the bluff.

The neighborhood also is concerned that the mayor's office has not announced a plan or funding for cleanup and restoration of the site, which will undoubtedly be expensive. It also will need some sort of active use installed to prevent another camp from settling in.

Regardless of where the county moves Hazelnut Grove, its new site will be monitored and run by Portland-based non-profit Do Good Multnomah, who works to house homeless veterans.

When asked how long the decision and move might take, Theriault answered “…months.

Residents living in Hazelnut Grove have declined to comment on potential moves, citing nerves about deals falling through.