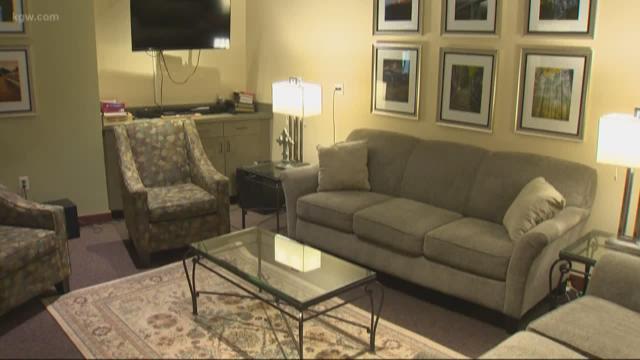 BEAVERTON, Ore. -- A small, determined group is housing homeless families in unused spaces in in churches, recreation centers and other Beaverton buildings.

With two full-time staff members and a slew of volunteers, Family Promise of Beaverton is operating primarily out of its day center at Sunset Presbyterian Church on Northwest Cornell Road, where up to four families at a time can put down roots during the day.

There’s a nursery area for babies and young children, a lounge area for older kids and an office nook where parents can work on resumes and housing applications.

Executive director Jolene Guptill said church directors were among the first to get on board with offering up unused space within their current facilities, but they weren’t the last.

Eleven other community partners, mostly churches and community centers, have offered up space to place beds at night.

She added Family Promise of Beaverton is based on a national model of using vacant portions of community spaces to house the homeless.

In Beaverton, a city whose school district has the highest population of homeless students in the state, she said the model made sense.

“It's run largely by volunteers so the cost is way low since we don't have staff to stay with the families,” she said. “It's all volunteer based.”

Funds for the operation are covered by donations and a $50,000 grant from the city.