They started researching the pitch’s potential in Portland after reading reports about the frequency with which police were dispatched to low-level, non-violent calls involving homeless people. 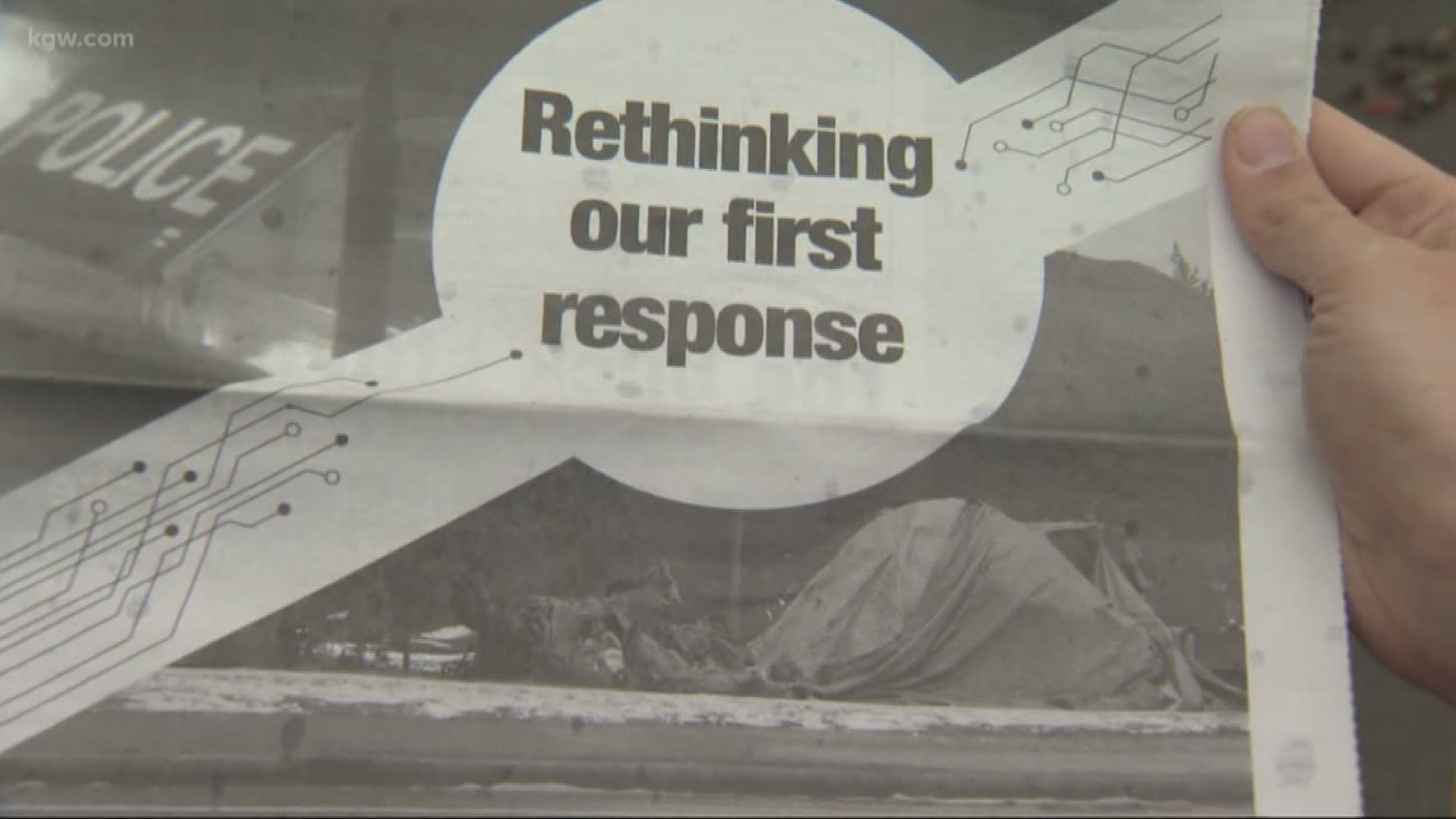 PORTLAND, Ore. — When it comes to emergency calls tied to Portland’s homeless crisis, there's a new push to, in a lot of cases, take police out of the response equation.

Staff at Portland-based Street Roots want the city to, instead, start using "street response teams", made up of a firefighter-EMT and a "peer support specialist", both of which would have training in de-escalating a mental health crisis.

They started researching the pitch’s potential in Portland after reading reports about the frequency with which police were dispatched to low-level, non-violent calls involving homeless people.

Back in July, the Oregonian reported more than half of arrests made by police in 2017 were of homeless people.

In February, the Willamette Week reported a 60 percent spike in 911 calls reporting an "unwanted person".

Staff said they’re basing their pitch, highlighted in their special report ‘Rethinking Our First Response’, on a decades-old Eugene-based program called CAHOOTS, or “Crisis Assistance Helping Out On The Streets".

They say it would eliminate the fear homeless people have of seeing police with guns show up repeatedly, and it would free up police to handle actual crimes.

The estimated cost comes in at $4.8 million, and Sand argues the city already has the money.

Staff point to a Portland State University study that says millions of dollars are wasted by the city every year because 911 operators aren't clear on how to dispatch these kinds of calls.

Street Roots staff argue this plan would fix a lot of that.

“For cahoots in Eugene, that program costs the city $1.6 million and they estimate it saves more than $8 million for the police bureau there,” she said. “So, we know that a lot of this is about who is responding to what crisis because not every crisis is a crime.”

Maurice Smith, who camps in North Portland, loved the idea.

“It could solve a whole lot of problems,” he said. “When police are involved, a lot of people just jump to conclusions and think the worst.”

But answers to whether the re-allocation of resources is a done deal in Portland aren’t available yet.

Mayor Wheeler is set to release his proposal in May.

His director of communications Eileen Park said the Mayor has already been to Eugene to study the CAHOOTS program.

“In terms of values and why the Mayor feels like this is important... this system isn't working. It hasn't worked for years,” she said. “When the majority of the 911 calls are about people experiencing homelessness, and then they're just entering into the cycle where they get put in jail, and they get out of jail and then they're back on the streets and they repeat that same behavior, clearly the system isn’t' working. So, what we have to fundamentally change is who responds.”

For more information on the proposal, go to www.portlandstreetresponse.org.