City officials met about the lack of progress Friday morning. 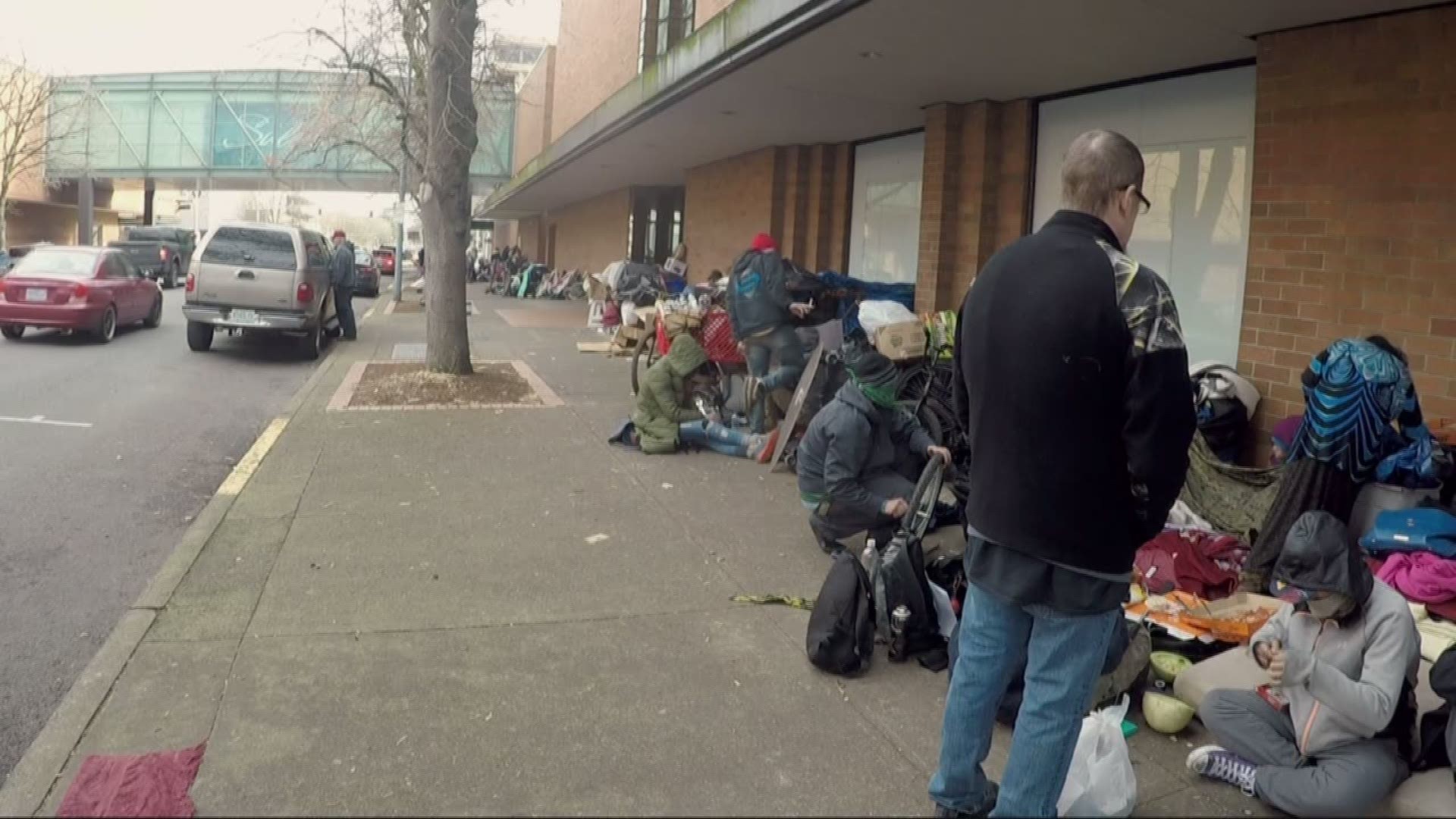 SALEM, Ore. — More than two weeks after the city of Salem enacted a ban on public camping and two days after their self-imposed deadline, by which they promised to open 140 shelter beds, officials confirmed they’ve come up woefully short.

Salem’s Community & Media Relations Specialist Kathy Ursprung wrote via email Friday, “In Salem, there are 330 shelter beds available nightly. When the temperature drops to 32 or below, our warming center network of churches has the ability to open another 256 beds, dependent upon volunteer availability.”

That was the case prior to the ban’s enactment.

Regarding the new round of beds, promised by January 1, Ursprung wrote: “The city council authorized funding support to keep the warming center network beds open from January to March, regardless of the temperature. The idea was to build on this existing program, to quickly make 140 of those beds available nightly during January, February and March, but they were unable to meet that additional need. No new beds have come online so far.”

City officials met about the lack of progress Friday morning.

“We're housing the hardest to house,” he added of other programs. “We're working with our community partners, our non-profit partners to expand day center capacity.”

The focus comes as homeless men and women continue to line the city’s downtown streets.

Jim Stagias is one of them. He laid on the sidewalk along Liberty Street Friday afternoon.

Credit: Maggie Vespa
Jim Stagias lives on the streets in Salem. The tarp he was using as a covering read “Shame on Mayor Bennett”.

The tarp on top of him read “Shame on Mayor Bennett”.

He said he’d recently gotten out of the hospital, where he was treated for frostbite on his toes.

In response to Stagias’ claim that he’d gotten frostbite since the ban had been enacted, Powers asked KGW whether he’d tried to get into a warming shelter.

Those open when temperatures dip below freezing.

“The weather threshold was based upon medical and emergency criteria as far as to protect someone from having frostbite. So I would really question was it cold enough for frostbite,” Powers said.

While officials continue to try and iron out how to make good on their promise, the ban remains intact.

Stagias, meanwhile, said he has trouble walking because of the pain in his foot.

When asked if he’d take an available shelter bed, he said, “Yes, I would. Yes, I would,” he said. “Absolutely.”

RELATED: 'How can we turn our backs?' Grandma spent Christmas helping Salem's homeless amid camping ban